Sweets for my sweet 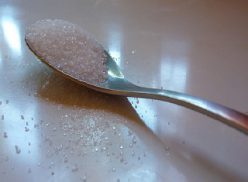 The draft legislation on the tax of sugary beverages was introduced to promote health, prevent disease and raise revenue. Globally these fiscal measures are increasingly recognised as effective complementary tools to help tackle the obesity epidemic at a population level.

A number of countries around the globe have levied taxes on sugar-sweetened beverages and many plan to do so.

The new proposal introduced a threshold of 4g/100ml below which the sugar content is not taxed. This is equivalent to almost a teaspoon of sugar per 100ml which will not be taxed. The tax will therefore only be applied to the additional sugar above 4g/100ml. This rate is slightly lower at 2.1 c/g, compared to the original proposed rate of 2.29 c/g.

Public comment on this draft legislation was submitted on March 2017.