Swimming against the bulk tide 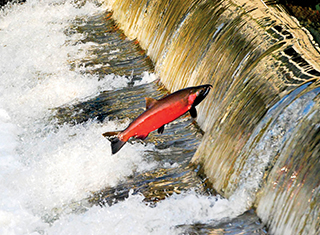 The emphasis was on value at last year’s World Bulk Wine Exhibition. Given the smaller harvest globally in 2016, South African producers were determined to correct their rock-bottom prices.

The 2016 World Bulk Wine Exhibition (WBWE) stats tell the story. More than 6 000 visitors from 66 nationalities flocked to Amsterdam where 300 producer companies from all over the world showcased their wines. But while trade at the show is booming, many argue South Africa is grossly overachieving in terms of volume and getting a hiding in terms of value.

As a relatively small player representing less than 4% of the global wine trade, South Africa’s cut of the bulk pie was a sturdy 7% in 2015 – more than that of global wine giant France. As a small fish in a huge bulk pond, your fate is often determined by the bigger players. But a smaller global harvest in 2016 compared with previous years provided favourable market conditions to correct what most South Africans regard as an unsustainably low average bulk price.

South Africa has not benefited much from increased prices over the past decade and many producers have compensated for the shortfall by increasing yields.

In 2015 global bulk wine exports reached a record 36.3 million hectolitres – up 3% compared with 2014 – but dropped in value by 13.7%. The struggle to achieve greater value is tough, particularly if you’re a little fish swimming against the tide. But the smaller 2016 vintage presented an opportunity to edge forward.

“We can’t give our wine away anymore!” barked one South African producer who seemed more intent on getting the right price than selling wine at all. “There’s a shortage in Argentina, but I told them to bugger off unless they’re willing to pay.”

This new confidence is also indicative of lower red wine stock in the cellars back home. The WBWE is on just before the start of the 2017 harvest and has traditionally served the purpose of emptying tanks before the new vintage comes in. This time round, several wineries secured deals for 2017 – a positive shift in a market that favours buyers.

The fervent drive to increase value was also prevalent in a much stronger focus on the value chain. The WBWE has offered many conventional producer cellars the oppor­tunity to deal directly with international buyers, es­sentially cutting out the middle­man in an already slim but cluttered value chain, South African wine consultant Suzanne Coetzee says. “Many producer cellars have realised they need to play a stronger role in the value chain. This is an important shift in an industry that has for decades relied on a limited number of bigger players,” she says.

While bulk wine is in essence much more substitutable than its branded and bottled counterpart, the concept of branded bulk has gained momentum. The unique selling point of bulk wine goes beyond the wine itself, with reputation, reliability and solid relationships separating the wheat from the chaff.

Because South Africa can’t complete with the likes of Spain and Italy in terms of volumes, the value gains should lie in a more targeted, niche-like approach, Leeuwenkuil’s Pieter Carstens says. “Quality, price and volumes are obviously the key considerations, but the bulk wine trade has become a lot more complex, with wine styles, certifications and even origins offering unique value propositions. If you you’re only bargaining on price or volumes, you’re as good as dead in the water,” he says.

A comprehensive understanding of clients’ circumstances and requirements can go a long way to cementing long-term business relationships, uniWines marketing manager Pieter Cronje says. “Of course it’s important to connect with potentially new clients, but if you’re able to retain or increase business with long-standing clients, it’s a sign you’re on the right track and reputation and reliability will inevitably lead to new business,” he says.

Boland Vineyards International CEO Paul Malan says the emphasis should be on quality. “I’m here to present our showpiece Shiraz and Chenin Blanc,” he says, adding he didn’t even bring entry-level dry red or white to the show. “The conversation should be brand-orientated and about quality and price points. If I walk away with one deal at more than R10 a litre for Chenin Blanc, I’d be a happy man. Yes, we can supply dry red and white, but that should never be the emphasis. We’re not here to sell surplus wine – selling coastal Chenin Blanc to get rid of a surplus is simply suicidal.”

Being a judge at the bulk wine show provided me with a good overview of the wines on offer. Quality has improved significantly since the first time I attended and judged at the show in 2012. Reds in particular have improved. In fact I’d argue the gap between packaged and the best bulk wine in terms of quality is narrowing.

However over the past decade the global price segment for bulk wine over €1.5 a litre decreased from 13% to 6%. At the other end of the spectrum wine selling at less than €0.5 a litre also decreased from 45% to 34%. This means 60% of bulk wine is currently sold between €0.5 and €1.5 a litre, which should pose questions about the viability of differentiation in the bulk world.

You can’t discount the increased relevance of bulk wine (pardon the pun). This trade is evolving fast and as evolution shows, the most adaptable – and not necessarily the biggest – will survive.