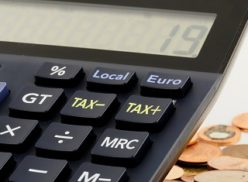 Sars has addressed the uncertainty over the tax treatment of directors’ fees for non-executive directors (“NEDs”) in two rulings applicable since 1 June 2017.

The first ruling (“BGR 40”) makes it clear that NEDs, as directors who are not involved in daily management and operations of a company, are not regarded as employees. Since such directors are not subject to control or supervision over their duties, their fees cannot be regarded as remuneration, and therefore no employees’ tax should be deducted.

Non-resident NEDs and provisional tax obligations are not affected by BGR 40.

The second ruling (“BGR 41”) states that a NED is considered an independent contractor carrying on an “enterprise” according to its definition in the VAT Act, and as such is required to register and levy VAT on his or her non-executive activities.

According to the VAT Act, registration for VAT is compulsory when the activities are carried out in the Republic of South Africa and if the value of fees exceed the threshold of R1 million. (The threshold for voluntary registration is R50 000.)

In a separate media release, Sars states that NEDs receiving fees exceeding the compulsory registration threshold are required to register as VAT vendors from 1 June 2017. A NED will not be required to account for VAT on fees received prior to this date as long as the NED was subject to employees’ tax.

NEDs who have received directors’ fees exceeding the compulsory registration threshold, but have neither accounted for VAT nor had employees’ tax withheld for tax periods before 1 June 2017, should carefully consider their positions.