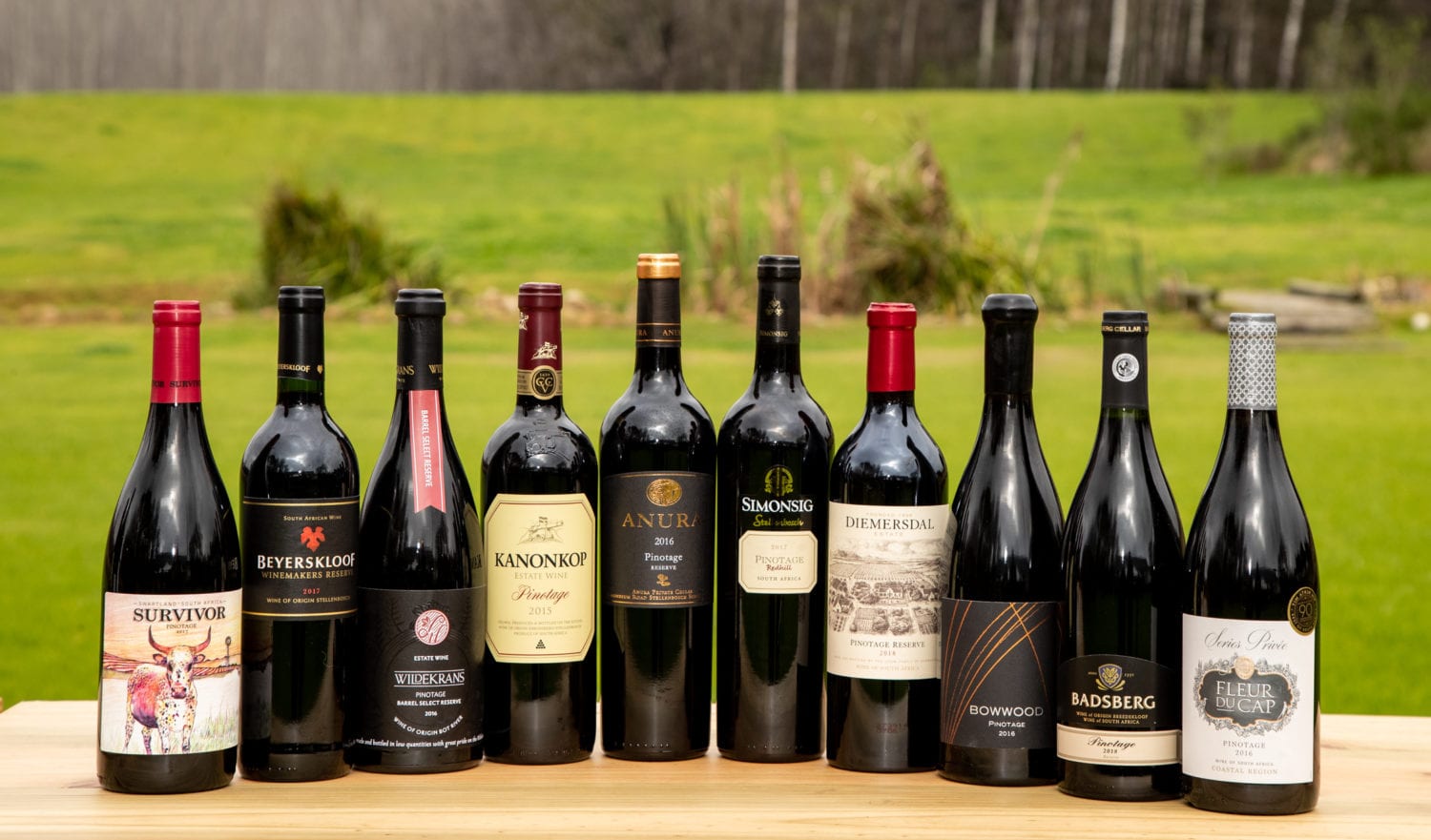 As far as Pinotage is concerned, being one of the Absa Top 10 Pinotage winners is the highest accolade any local Pinotage producer hopes to achieve. The Top 10 winners not only represent the cream of the crop of South African Pinotage, but also serve as a reminder of the quality of South African wine as a whole. Or, in other words, wine that is on par with the very best that the rest of the world has to offer.

The Absa Top 10 Pinotage wines are from 6 different wine regions, with the Stellenbosch and Paarl regions boasting the highest amount of winning wines with three and two wines respectively.

Kanonkop made history by making the Absa Top 10 Pinotage for the 14th year. Not only is their Pinotage the oldest winning wine this year, but also the only winner from vintage 2015. Beyerskloof claimed their 9th trophy in the competition with their Beyerskloof Winemaker’s Reserve Pinotage 2017. Simonsig rounds off Stellenbosch’s winning wine tally in this year’s Absa Top 10 Pinotage winning line-up, with their Simonsig Redhill Pinotage 2017.

The two 2018 vintage wines in this year’s winning line-up, the Diemersdal Pinotage Reserve 2018 and the Badsberg Pinotage 2018, are the only wines from the Durbanville and Breedekloof regions respectively.

Vondeling Wines, making its debut as an Absa Top 10 Pinotage winner with the Vondeling Pinotage 2016, is joined by another 2016 wine from the Paarl region, namely the Anura Pinotage Reserve 2016.

The Fleur du Cap Series Privée Pinotage 2016 and the Wildekrans Pinotage Barrel Select Reserve 2016 are the two other 2016 vintage wines that emerged victorious. The 2016 vintage is the most represented vintage with four winning wines.

And last of the Top 10, but not least, we have the Survivor Pinotage 2017 as sole representative from the Swartland region.

Beyers Truter, chairman and founder of the Pinotage Association, highlighted that Pinotage’s quality continues its upwards curve and that the market for wines made from this cultivar continues to grow – locally and abroad. “The exceptional quality of the wines we’re seeing year after year shows us that producers, viticulturists and winemakers are pulling together,” says Truter. “In the end it’s all about being in touch with one’s terroir. Absa shares this opinion and has been a partner of the Pinotage Association for more than two decades. They also share our long term vision, which is one of Pinotage prospering worldwide.

“What I also find particularly encouraging is the variety of styles possible with Pinotage. This year the extraordinary spread of winners hail from six wine regions, each with their unique style, character and challenges. Our young winemakers are a brave bunch and are pushing the boundaries of what their respective regions can offer in terms of not only quality, but also diversity.”

Tina Playne, Absa’s Managing Executive of sectors and segments relationship banking, confirms the very rewarding partnership with the Pinotage Association and the immense pride that comes with attending the annual Absa Top 10 Pinotage event. “We have been part of the Pinotage journey for 23 years and are sure that this great partnership will not only continue, but also thrive,” Playne says. “Congratulations to all the winners and finalists and please continue with what you are doing. Realise that we are not only celebrating your Top 10 success, but also your contribution towards agribusiness, one of the pillars of the Western Cape economy.

“While it is important for us to thrive in our business, we believe that doing so should also benefit communities in which we are involved. If these communities do well, if they grow, so do we. When societies are uplifted, all of us are uplifted.”