The Cape Wine Auction: A circle of trust 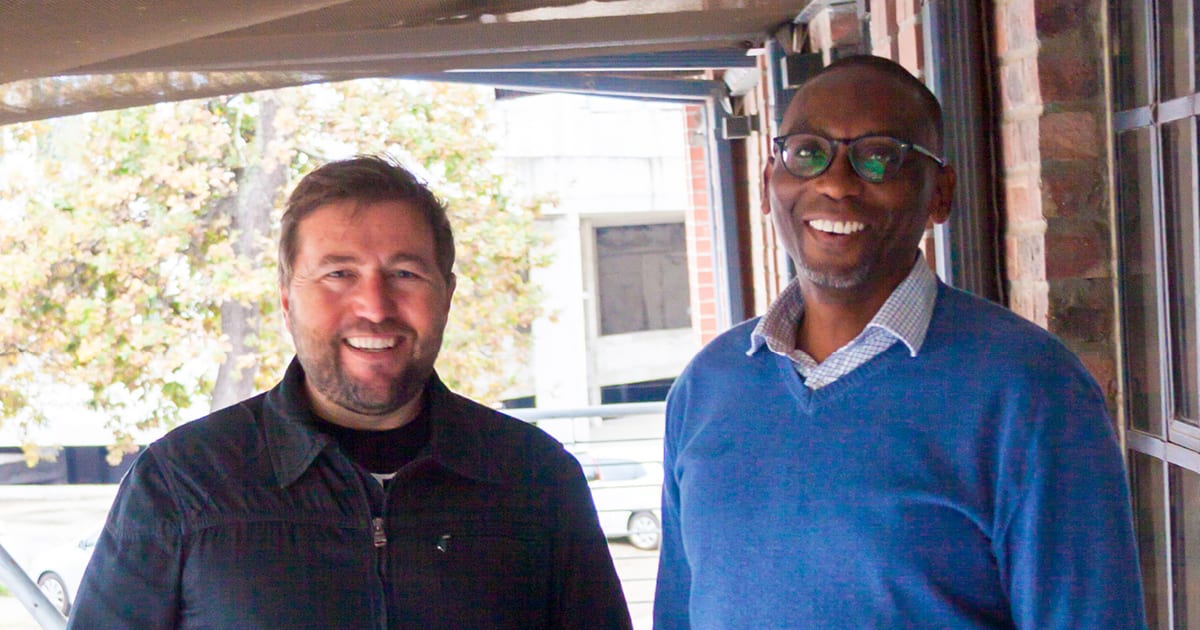 It’s said money can’t buy you happiness, however in the right hands it can make all the difference to others. The Cape Wine Auction Trust aims to make that difference. Johannes Richter spoke to founder Mike Ratcliffe and new chairperson Raymond Ndlovu about venture philanthropy.

One of the world’s most significant charity auctions, The Cape Wine Auction (CWA), presented by Nedbank Private Wealth, raised more than R15 million this year. The CWA Trust has accumulated nearly R88 million since the first auction was held in 2014. Proceeds are allocated to educational projects in the Cape Winelands.

The auction is the trust’s public face and primary contributor. “The trust and auction coexist symbiotically,” says Raymond Ndlovu who has been a trustee since 2016 and was appointed as the trust’s new chairperson earlier this year. “One can’t work without the other.”

Fun with a cause

“We depend on the goodwill of wineries and estates who host the events and donate the auction lots,” Raymond says. The auction amounts to a great symphony of goodwill from donors and industry service providers. If it’s not donated, it becomes a cost, something the trust has managed to avoid. “We’ve been careful to set up the administrative functions of the trust to get high-level and high-quality support from donors such as PwC, who help us with corporate governance as part of their donation. This creates a seamless and effective environment for donors.”

Mike and the CWA team approach donors with ideas for interesting lots but also rely on them to come forward with clever packages to attract bids. “We want to make sure we’re providing interesting lots that encourage participation, but also that we’re providing an engaging experience on the day and night before,” Raymond says. “We wouldn’t get anything done if it weren’t for enormous buy-in and cooperation. The objective is to have a lot of fun meeting old friends and making new ones, but it’s a social occasion with a cause.”

The auction grew so fast the trustees had to begin reining it in after the third year. Limiting the number of participants ensures the event offers something special; the potential gains from selling more tickets (at about R7 500 a ticket) is outweighed by the advantages of attracting a smaller group of serious bidders. This year’s event sold just 385 tickets despite a long waiting list. All participants who attend the auction intend to bid – even if it means clubbing together – because they truly believe in the cause.

Education has always been the trust’s focus, and for Mike that includes the entire constellation of services and support structures that enable children to attend school, such as transport, meals and counselling. “We support education and believe government has a responsibility to provide education,” he says.

An annual impact audit, sponsored by Aon, reports on the trust’s activities and allows donors to see how their donations are put to use. “Our biggest impact is on school meals,” Mike says. “We’re not a charity, but a fundraising mechanism with a particular objective and we look for partners to help us achieve it. We’ve for instance partnered with The Lunchbox Fund, which can deliver food to schools where it’s needed in 24 hours.”

A trust facilitator audits partners’ use of the funds, measuring outcomes and holding them accountable, which in turn enables the trust to be accountable to its funders and donors. This creates a transparent circle of trust.

Planting the seeds for growth

The CWA Trust structures its partnerships in ways that encourage partners to eventually become self-sufficient. A tapering partnership provides seed funding that tapers down over an agreed period, while a variable partnership matches the funding according to the work. But money doesn’t get the last word. Successful partnerships have a snowball effect. “Enabling a partner who can deliver a service and make an impact puts them on the map which helps them attract other donors and more funding,” Raymond says.

The trust tries not to be the sole funder, but rather seed something that will get a life of its own. A good example of such a venture is the Hemel-en-Aarde school which the trust initially supported with feeding, counselling and transport services. The school steadily became self-sufficient through its own initiatives, from creating vegetable gardens to attracting international sponsors. The trust encourages this kind of start-up culture so seeded initiatives can mushroom and flourish.

Funds go in and funds go out. On the one side you have to be creative to obtain a steady cash flow; on the other you have to leverage these funds to yield exponential and lasting results. Every cent is invested, or as Raymond puts it, the CWA Trust is an “impact investment vehicle” with a single objective: to make as much impact as possible. The goal is to finally build up an endowment that can run under its own steam, independent of the auction.

Since the trust is fully committed to the Cape Winelands, donors have the assurance their money is being ploughed back into the industry. Even better is what Mike describes as a “zero friction relationship” with donors: when someone donates a million rand, at least a million will go to charity. “For as long as I can remember it’s always been a little more, for instance from matching donations or budget surpluses,” he says. And because the trust has section 18A tax exemption status, donors enjoy a tax advantage. The trust is also looking at establishing a US-based non-profit to make donating more attractive to American donors, where the tax deduction can be up to 35%.

The international community is well aware of the dire need for and positive effect of education in underprivileged communities in South Africa, and the trust wants to turn this global concern into mutually beneficial collaborations.

Besides the auction, the CWA Trust hosts an annual partner conference which encourages networking and information exchange among partners and allows new opportunities for cooperation to emerge. On the funding side the trust creates opportunities for donors to interact. Charities often don’t know about one another, which results in inefficiencies and the unnecessary duplication of services. Getting South Africa’s donor communities into the same room means they can start talking and thinking of better ways to achieve their common goals. And once government decides to come to the party, it will find the CWA Trust and its partners ready to implement some great ideas.

For more information on the CWA Trust, go to thecapewineauction.com, download its impact report and help make a difference. 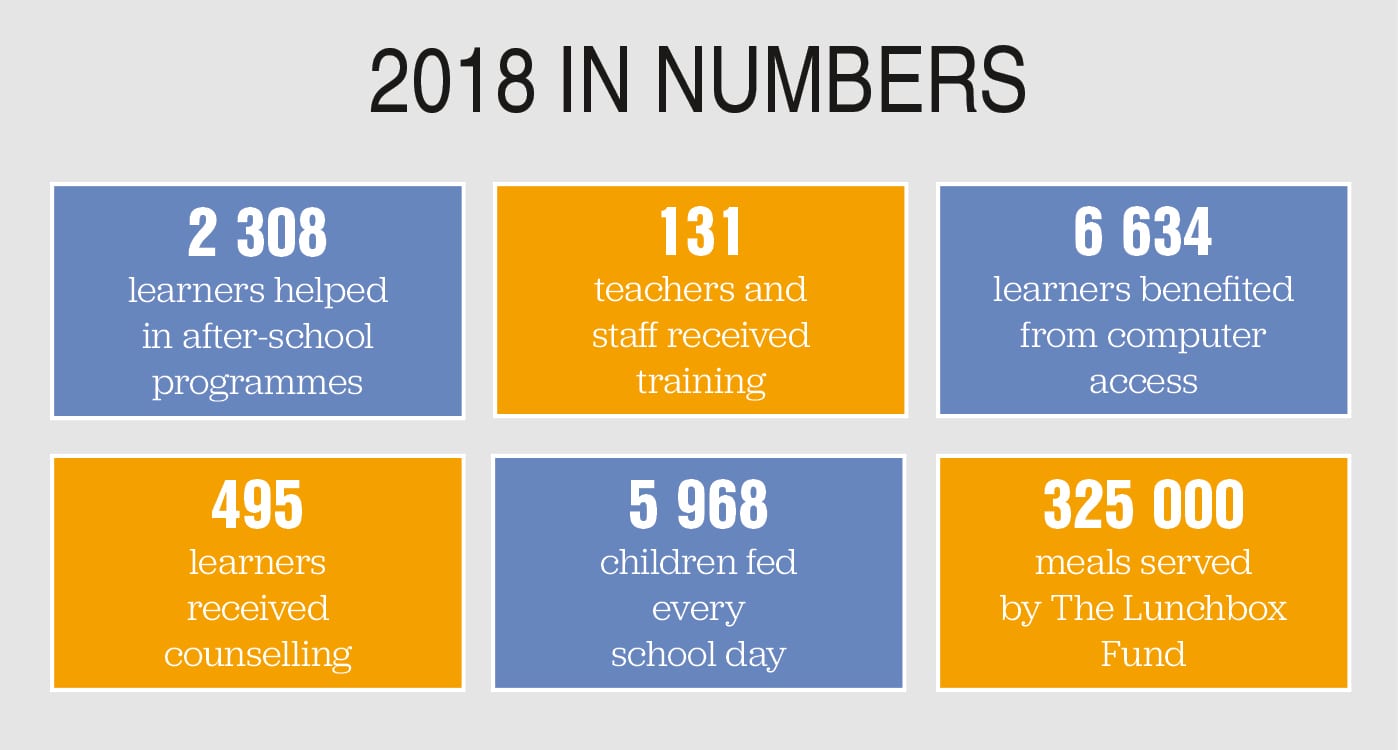