The global shipping of wine 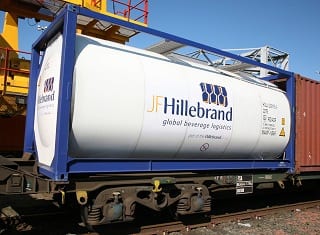 Wine is a product that is consumed worldwide and, except for certain countries, also produced everywhere. Although the most wine is usually drunk in the country of production, consumer and industry demand exist to export wine to different countries. As a result of improved logistics and temperature control, it has become possible for any size cellar to deliver a single carton or bulk container of wine anywhere.

The way of transport has changed considerably over the years. In Europe river boats played a leading role during the eighteenth century, which was later complemented and replaced by rail transport. During the 1960s containerisation started and recently air transport also became common. The use of satellite driven information technology made it possible to follow the transport chain in time. During 2016, 5 494 million litres bottled still wine and 4 032 million litres bulk wine were exported globally, which confirm the extent of global wine transport. A result of the market growth of beer, wine and spirits all over the world is that companies need to attend more to the transport of their products to ensure that they reach the consumer in a good condition.

The domestic transport of liquor is usually according a standard protocol, but international transport is much more complex. Aspects like warehouses, shipping schedules, international documentation, customs, language differences and security must all be attended to and it is consequently worthwhile to use specialised companies to arrange the necessary transport logistics. Such companies usually enable cellars to track the transport in order to identify potential problems. As a result of the global monitoring of average temperature and humidity, they can also make recommendations regarding the shipping routes and container types, whether it is isolated or refrigerated. Apps are also available for computers and phones, used by cellars to track the shipping, and data loggers are available to monitor the temperature in containers. If wine is shipped from south to north or the other way round across the equator, considerable temperature differences can occur during the shipping. Higher temperatures can cause SO2 decreases, flavour losses and colour changes, while too low temperatures can cause packaging damages or cold stability problems in the wine. Wine maturation reactions increase exponentially with temperature increases and the temperature must preferably not be higher than 23°C. Isolation of packed liquor in containers can limit this problem considerably. Vinliner is a foldable isolation blanket which can be used. It consists of a light, aluminium coated woven polypropylene material, which limits temperature fluctuations and eliminates humidity changes. It is available in different sizes for different containers and is closed with zips.

Although different capacity shipping containers are available, the needs of cellars also differ regarding the number of pallets or containers to be shipped. Through collaboration with other cellars the full capacity of containers can be utilised, which can optimise costs and limit customs delays. This can only be done by reliable transport logistics companies, which have all information regarding shipping networks and routes (Pregler, 2017).

Bulk wine shipping increases and flexitanks with a capacity of up to 24 000 ℓ are often used for it. It is shipped in standard shipping containers. The flexitanks are made from material that cannot cause contamination or allow the migration of oxygen into the wine. Shipments can, however, last up to nine weeks. If bulk wine is for example shipped from Adelaide to Germany, it takes 63 days and the containers with flexitanks need to be transferred to other ships in Singapore and Rotterdam. During such shipment, the wine temperature can fluctuate between 7 and 32°C, which causes a decrease in the SO2 concentration of the wine, threefold more than when wine is kept at 14°C for the same period. During the transfer of containers in harbours, they can also be exposed to temperatures of 40°C or higher. The location of the containers in the ship also plays a role and depending on the outside temperature they must be placed above or below the water line of the ship.

It is consequently recommended that some means of isolation for the flexitanks or isolated ISO-tanktainers are rather used for the shipment of bulk wines (Werner, 2018). 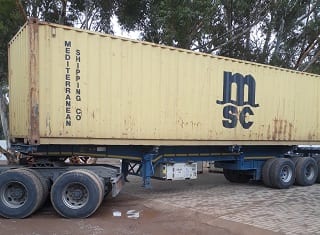