The mystery that is Brett 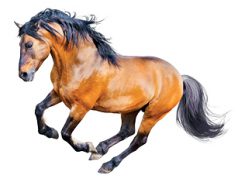 How can you avoid the enigmatic scavenger, Brettanomyces bruxellensis, in your wine?

A horrible crime has been committed! An innocent bottle of wine has been infected. Those detestable aromas of barnyard, horse sweat, leather, cloves, vinegar and Band-Aid are evident. Who could the culprit be? 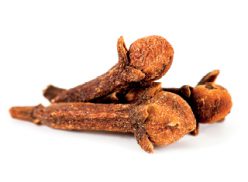 Anyone who enjoys wine can certainly appreciate opening a well-aged, older vintage produced by a world renowned cellar. The time, effort and dedication that goes into the production of these matured treasures are immense, not to mention the cost implication. What a crime it is, to open an old vintage and sadly discover those detestable aromas. Nothing can be more disappointing to the producer who has put time and effort into the production of this wine and the consumer who has patiently waited for this wine to reach a ripe old age. Instead all that is revealed is a horrific wine cut down at its prime by this spoilage yeast. It’s enough to drive even the most level-headed person into a blind rage. Not to mention ruin the reputation of the wine estate in question. 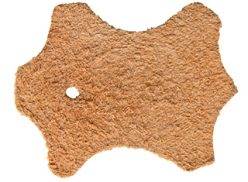 A swift analysis of the evidence reveals the culprit: Brettanomyces bruxellensis (a.k.a. “Brett”) has struck again. But the authors wondered … how come? How could this little yeast survive in a wine that was bottled so long ago when no other yeast can? They wanted to get to the bottom of this infamous mystery that keep reoccurring worldwide and they embarked into an in-depth study to investigate the matter further. 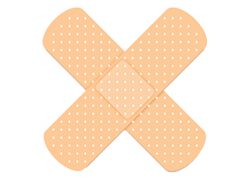 During alcoholic fermentation (AF), many yeasts interact and facilitate the production of wine. However, B. bruxellensis hides in plain sight from the onset of fermentation. It bides its time and patiently awaits conditions to become unfavourable for all its microbial competitors. Indeed, this yeast is well adapted to survive the vinification process and is commonly isolated from red wines around the world. It has even been isolated from wines that are decades old. Its survival in this medium is surprising when we consider that wine is a harsh environment, containing antimicrobial compounds, such as SO2 and ethanol, a pH of 3.0 – 4.0 and nearly devoid of nutrients (namely simple sugars, vitamins and nitrogen compounds), as well as low levels of dissolved oxygen.

The authors made use of three B. bruxellensis strains to account for possible intraspecific variations. Nevertheless, apart from time differences connected to growth, all three strains behaved similarly. The addition of oxygen did not have a significant effect on the results obtained. However, the addition of minimal amounts of oxygen allowed for ethanol to be consumed. The carbon fraction of the medium was comprised of simple sugars (glucose, fructose and mannose), which were assimilated first for growth with a concurrent production of ethanol, as well as alternative sources (malic acid and ethanol) that were utilised very slowly and over an extensive period of time after depletion of the simple sugars in the stationary phase. Other potential sources, such as glycerol and acetic acid, were not used.

The synthetic wine medium used in this experiment contained a range of nitrogen sources including 22 amino acids and ammonium sulphate at the average concentrations found in wine (after the completion of alcoholic fermentation) to yield a yeast assimilable nitrogen (YAN) concentration of 120 mg N/ℓ.

The utilisation of the nitrogen compounds varied between the strains with AWRI 1499 assimilating eight sources strongly (>1 mg N/ℓ). ISA 1649 and IWBT Y121 assimilated less sources strongly, six and four respectively. In absolute amount, the largest portion of nitrogen assimilated came from ammonia and proline for all strains. Arginine and aspartic acid were almost fully assimilated, but contributed a lesser amount of nitrogen globally. Certain amino acids were not assimilated at all; instead, they were released by all the strains. Interestingly, proline was assimilated late and even in the absence of oxygen that prevents the degradation of this amino acid, making it only available to use as such by the yeast cells, but not to generate other amino acids and proteins.

In this study, it was shown that B. bruxellensis is able to utilise various substrates for different purposes. Interestingly, B. bruxellensis is able to store various carbon sources (i.e. in the form of glucose, glycogen and trehalose) that can be used when preferred compounds are scarce. The authors noticed that, even in the absence of sugar, B. bruxellensis managed to grow and survive. Stored carbon sources could potentially explain this peculiar phenomenon. The initial use of sugars provided a means for growth and the production of ethanol concurrently (similarly to what Saccharomyces cerevisiae does during alcoholic fermentation). Subsequently, the slow utilisation of ethanol (in the presence of oxygen, as minimal as it may be) and malic acid (regardless of the presence/absence of oxygen), concurrently, did not allow further growth, but allowed for the maintenance of the cell numbers over a long period of time.

Of the nitrogen sources available in wine, the dominant and strongly assimilated sources included ammonia, proline and to a lesser extent arginine and a few other amino acids. Some of these probably aided in growth (ammonia and arginine) as they were assimilated early. Proline, however, possibly provided protection from stressors that occur in wine (i.e. ethanol and acetic acid stress) and was not used as an actual nitrogen source. The presence of ammonia in wine is dependent on many factors, but most importantly would be subjected to the amount of Diammonium Phosphate (DAP) added during the fermentation, the amount consumed by S. cerevisiae during AF, as well as the amount released through autolysis at the end of fermentation.

A few preventive measures can be considered using an integrated approach. Indeed, the use of SO2 is a common practice by winemakers. However, this yeast has adapted to survival in the harsh medium that is wine and is able to prevail under these conditions and enumerate when conditions are favourable. Therefore, the use of SO2 alone is not sufficient. Indeed, SO2 management is essential to limit development. The recommended concentration (Resolution OIV-OENO 462-2014) is about 0.5 to 0.8 mg/ℓ of molecular SO2. Nevertheless, it must be kept in mind that certain strains have adapted a resistance to SO2. Therefore, an unfavourable environment should be established, using winemaking practices. This environment should be devoid of potentially assimilable carbon and nitrogen sources. The addition of oxygen to the medium should be minimal and if possible avoided during winemaking practices prone to introduce oxygen, such as racking.

It would be advantageous for winemakers to ensure that the alcoholic fermentation by S. cerevisiae exhausts all possible sugar sources, in order to suppress the formation of biomass in B. bruxellensis. Subsequently, the dead S. cerevisiae cells should be removed timeously by racking (and possibly fining and filtration), to reduce the amount of nutrients released during autolysis (i.e. stored sugars, mannoproteins and certain amino acids). Secondly, the malolactic fermentation should run to completion as swiftly as possible after alcoholic fermentation and exhaust all malic acid present, to ensure no residues occur for cell maintenance in B. bruxellensis.

In order to discourage the growth and survival of B. bruxellensis, nitrogen-enhancing products, such as DAP, and complex yeast-derived nitrogen sources should be utilised sparingly and judiciously, especially towards the end of alcoholic fermentation, to avoid excess residual nitrogen. Furthermore, products such as yeast hulls, should also be added to fermenting wine with care, as these products contain various amino acids in varying quantities. An overdose of such products could lead to excess amounts of amino acids being present which can allow for growth and the protection of B. bruxellensis cells from possible stressors.

The authors would like to thank Winetech and the National Research Foundation of South Africa [Grant specific unique reference number (UID) 103295].