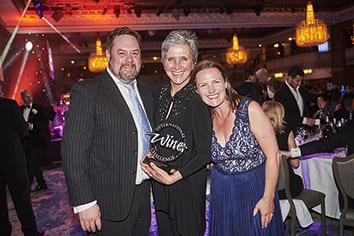 “An increased focus on South Africa’s old vines has accelerated an unprecedented interest from wine thought leaders around the world, in the country’s wine heritage and the industry itself, with wines made from fruit sourced from these heritage vines proving their mettle,” according to André Morgenthal of the Old Vine Project (OVP).

He says that membership of the OVP has grown by leaps and bounds from 10 members late last year, to over 40 as it currently stands, including a number of cooperative producers, with over 80% of old-vine wines represented within these systems.

The popularity and rising interest in the OVP have also been seen first-hand at tastings in London and Canada, supported and organised by Wines of South Africa (WOSA), as well as locally at Klein Karoo Klassique and the US Woordfees.

The OVP was formally established in 2016 with seed funding from the Rupert Foundation, although the effort to document South Africa’s old vines was embarked on by viticulturist Rosa Kruger back in 2002. Named International Wine Personality of the Year at the 2018 International Wine Challenge in July, she’s still the driving force behind the project. Under her leadership, the Certified Heritage Seal was launched earlier in 2018, highlighting South Africa (as far as is known) as the first country to certify via a single industry body (SAWIS), vineyard blocks older than 35 years.

It is considered an important step in protecting old vines and has become a high-profile marketing strategy, setting a standard and establishing a new category, to highlight the depth of character evident in wines made from older vines.

International wine experts including Tim Atkin, Neal Martin and Jancis Robinson are ardent ambassadors of the project and have highlighted the exemplary wines produced from old South African vines. In addition, at the recent Standard Bank Top 10 Chenin Blanc Challenge most wines were sourced from older vineyards, indicative of the confidence SA producers have in old vine Chenin Blanc.

Tim Atkin, in the lead-up to the release of his 2018 South Africa Special Report during the CapeWine 2018 international wine trade show for South African wines from 12 to 14 September at the Cape Town International Convention Centre (CTICC), states: “It’s no surprise to me that a significant number of my wines and winemakers of the year have an old vine connection, confirming how vital the Old Vine Project is to the South African wine industry and why the country’s heritage vineyards are so unique.”

In a recent report published on Vinous.com, Neal Martin noted that “South Africa has one big advantage over much of the New World…old vines.” His support for the OVP is underscored in a further comment that states: “Certainly, for readers just getting into South African wine, this project is well worth a look because it has given rise to many of the most positively reviewed wines in this report.”

Moreover, Morgenthal revealed that cutting-edge, old vine category pricing research in the retail sector, undertaken in a joint collaboration between Winetech, the University of Cape Town Graduate School Of Business (UCT GSB) and the University of Stellenbosch, revealed some exciting results. Co-authors Jonathan Steyn and Associate Professor David Priilaid, from UCT’s School of Management Studies, constructed a hedonic pricing model to answer the question of whether, to what extent and how wine price-setters in the supply chain prioritise old vine bottle cues, relative to more conventional extrinsic cues of worth.

Steyn said of the findings: “In addition to the contribution of established cues such as aggregate ratings, exemplar brands, prototypical varieties, and origin, our study confirmed that vine age contributes significantly to wine price.” He added: “The introduction of the Certified Heritage Seal is an important step and is likely to sharpen and further shape the category boundaries, globally. The sharpening of the value proposition through such objective criteria may inspire greater confidence amongst price-setters in the ability of old vine cues on wine labels and associated marketing to unlock further value. This is crucial in the current global competitive environment.”

In addition, research to investigate possible genetic influences to improved wine quality in old Pinotage vines has been conducted by Professor Johan Burger at the University of Stellenbosch. His team compared both gene expression levels and total microbiomes in old (>40 years) and young (7 years) Pinotage vines inter-planted in the same commercial vineyard.  Dr Helene Nieuwoudt worked on the sensorial profiles of old vine Chenin Blanc wines and compared that to profiles of younger vineyard wines.  Distinguishing features of the old vine wines are manifested on the palate through balance, length and complexity.

CapeWine 2018 visitors are encouraged to visit the OVP area, as well as individual member stands, to experience these unique wines. The OVP will also be presenting a number of tastings (see attached schedule) as well as a seminar on 13 September at 10:30, open to only 60 guests.  Go to www.capewine2018.com and www.oldvineproject.co.za for more information.