The role of ellagitannins in the oxidative stability of wine

by Charl Theron | Jul 1, 2019 | Winetech Technical, Practical in the cellar

Ellagitannins are hydrolysable tannins, which do not occur naturally in grapes. It is however the tannins, which are mostly allowed as legal additives during winemaking. The ellagitannins, which occur in wine are extracted from wooden barrels or added as legal enological tannins to wine. Ellagitannins play an important role in the maturation of white and red wine in barrels, as result of its oxidation ability and flavour characteristics.

During the maturation of wine in barrels a constant oxygen migration occurs through the barrel pores and the ellagitannins present in the wood dissolve gradually in the wine. This creates an effective buffer against the potential oxidation of the wine, during barrel maturation. The ellagitannins, whether it originates from the barrels, alternative wood products or added enological tannins are readily oxidised. It is a catalytic chemical reaction, known as peroxidation. Any oxygen exposed to the wine will react with ellagitannins and temper the direct oxidation of other wine constituents. Ellagitannins will consequently promote the crimson colour of red wine and limit the formation of a brown brick colour. Ellagitannins also decrease the astringency and colour deposits of red wines (Vivas et al., 1996).

Limited data is known about the influence of ellagitannins on the oxidative stability of white wines. Oxidative instability was first observed during the early 1990’s where after winemakers acted precautionary to prevent early maturation. Icon white wines have irrespective of its sensory quality also a significant shelf life. The management of barrel maturation plays a decisive role in the making of premium white wines. Except for the role in micro oxygenation and the increase in phenolic and flavour compounds oak wood does also play an important role in the oxidative status of white wines. It influences the redox potential and consequently the oxidative stability of wine. The anti-oxidative capacity of oak wood depends on its ellagitannin concentration. Early research indicated that the ellagitannin concentration increases rapidly during the first three months of barrel maturation. Different physic-chemical factors declare its subsequent decrease in concentration. The high reactivity of ellagitannins towards oxygen is one of these reasons.

Research was done at the University of Burgundy to obtain more data about the stabilising capacity of compounds extracted from wood, especially about the oxidation of white wines. The first step was to differentiate between wine which was matured in barrels with different toasting levels and tannin potential. Molecular analyses were also executed on ellagitannins, grape phenolic compounds and glutathione to identify the wood compounds, which influence the oxidative stability of wines. Chardonnay, Sauvignon blanc and Semillon wines from 2015 and 2016 were investigated over a period of eight months barrel maturation.

The following conclusions were made after all the experiments: 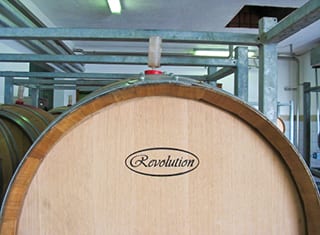 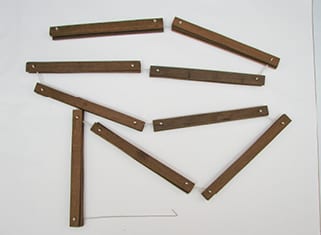 Ellagitannins can be extracted from barrels and alternative wood products.