The role of tartaric acid in winemaking

by Charl Theron | Aug 1, 2019 | Winetech Technical, Practical in the cellar 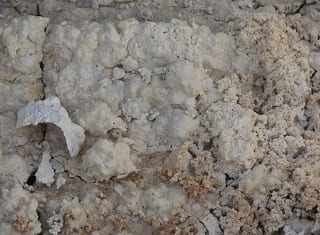 K-bitartrate (cream of tartar) is precipitated in big volumes during winemaking.

Tartaric acid is not only one of the major fixed acids in grapes, but also plays a role in the composition and taste of wine. As result of its different forms in wine it also influences the pH and cold stability of wine.

The Australian Wine Research Institute (AWRI) recorded the change in the pH and total acid concentration since the 1960s and the various interesting conclusions raised from it. When the Australian wine spectrum shifted from fortified wines to dry red wines from the 1960s to the 1970s the high pH’s of the wines was a common problem. This led to different microbiological instabilities, which prompted different adjustments of winemaking practices. It included amongst others the application of cooling, acid additions and discerning sulphur dioxide management. The median pH of Australian wines was for example 3,45 in 1988, but increased to 3,62 in 2014. During this period the total acid concentration (TA) remained approximately constant between 6,0 and 6,4 g/L.

The TA concentration consists of approximately 40% tartaric acid, 30% malic or lactic acid and 20% succinic acid. During cool years the malic acid concentration can be twice as much. Although a pH increase of 0,2 units may appear negligible, it can almost halve the acidity or quantity of hydrogen ions in a wine. It is important to be aware that higher pH grape juice is more prone to bacterial spoilage and the potential growth of Brettanomyces.

Tartaric acid is frequently added to juice to increase its TA concentration. Tartaric acid is however a weak organic acid. If it is added to a solution it dissociates in three different forms, namely tartaric acid (H2T), bitartrate (H2 T–) and tartrate (T-2). Different percentages of these three forms exist at different pHs. In a grape juice with a pH of 3,01, approximately 50% of each of the H2T and HT– forms are present. At a pH of 4,37, there is no H2T and approximately 50% of each of the HT– and T-2 forms are present. At the average of these two values, namely a pH of 3,65 there is a major shift between the percentages of these forms.

If tartaric acid is added to a juice with a pH lower than 3,65, a high percentage of the H2T is formed. This will liberate a free hydrogen in the wine, which causes the pH of the juice to decrease. An HT– ion will simultaneously be released, which reacts with the potassium to form K-bitartrate, which will precipitate. This precipitation will consequently remove tartaric acid from the solution, which causes a drop in the TA concentration of the solution. The tartaric acid equilibrium in the solution will then require a replacement of the precipitated K-bitartrate by dissociating more H2T in the hydrogen ion form, which will cause a further drop in the pH.

If tartaric acid is added to a wine with a pH higher than 3,65, the acid occurs mainly in the HT– form. This ion binds with the potassium and practically all the added tartaric acid precipitates effectively as K-bitartrate. This removes tartaric acid from the liquid and decreases the TA concentration of the wine. The tartaric acid equilibrium is consequently balanced by replacing the precipitated K-bitartrate by hydrogen and T-2 ions to form more HT– ions. This reaction leads to a pH increase.

It is consequently important to lower the pH of grape juice as soon as possible to below 3,65 before the fermentation commences. The TA concentration must however not be increased to more than 7,5 g/L. This should lead to wines with a pH of 3,5 to 3,6 and a decrease of TA concentration if 1 g/L malic acid is converted during MLF. If the TA concentration is above 7,5 g/L the pH will be lowered to 3,4, if it is accepted that much K-bitartrate precipitates during fermentation. In some cases a tartaric addition of more than 4 g/L is required. Such addition is still more cost-effective than alternative procedures like ion removal by resins. If K-bitartrate precipitates during cold stabilisation, the TA concentration will drop to more acceptable levels (Anonymous, 2018).