The women of Nederburg: A force to be reckoned with

It’s Women’s Month and the Nederburg team is thrilled to have the opportunity to highlight the winery’s incredible female winemakers and viticulturist. In fact, Nederburg’s become known over the years for the number of women in wine who have graced their cellar.

Interested to find out some lesser-known facts about the ladies who are currently responsible for the making of Nederburg’s wines (alongside their male counterparts)? Read on…

Nederburg’s cellar is headed up by the formidable Lizelle Gerber, a veteran with more than 15 years’ experience in the local wine industry. Ask her what drives her, and she’ll unequivocally tell you that it’s mentorship. Not one to shy away from getting her hands dirty, this self-proclaimed tomboy leads an incredible team of talented winemakers and cellar workers. “It gives me immense pleasure to work hand-in-hand with these champions! I’m always grateful for the opportunity to share the knowledge and skills I’ve gained over the past 15 years.” 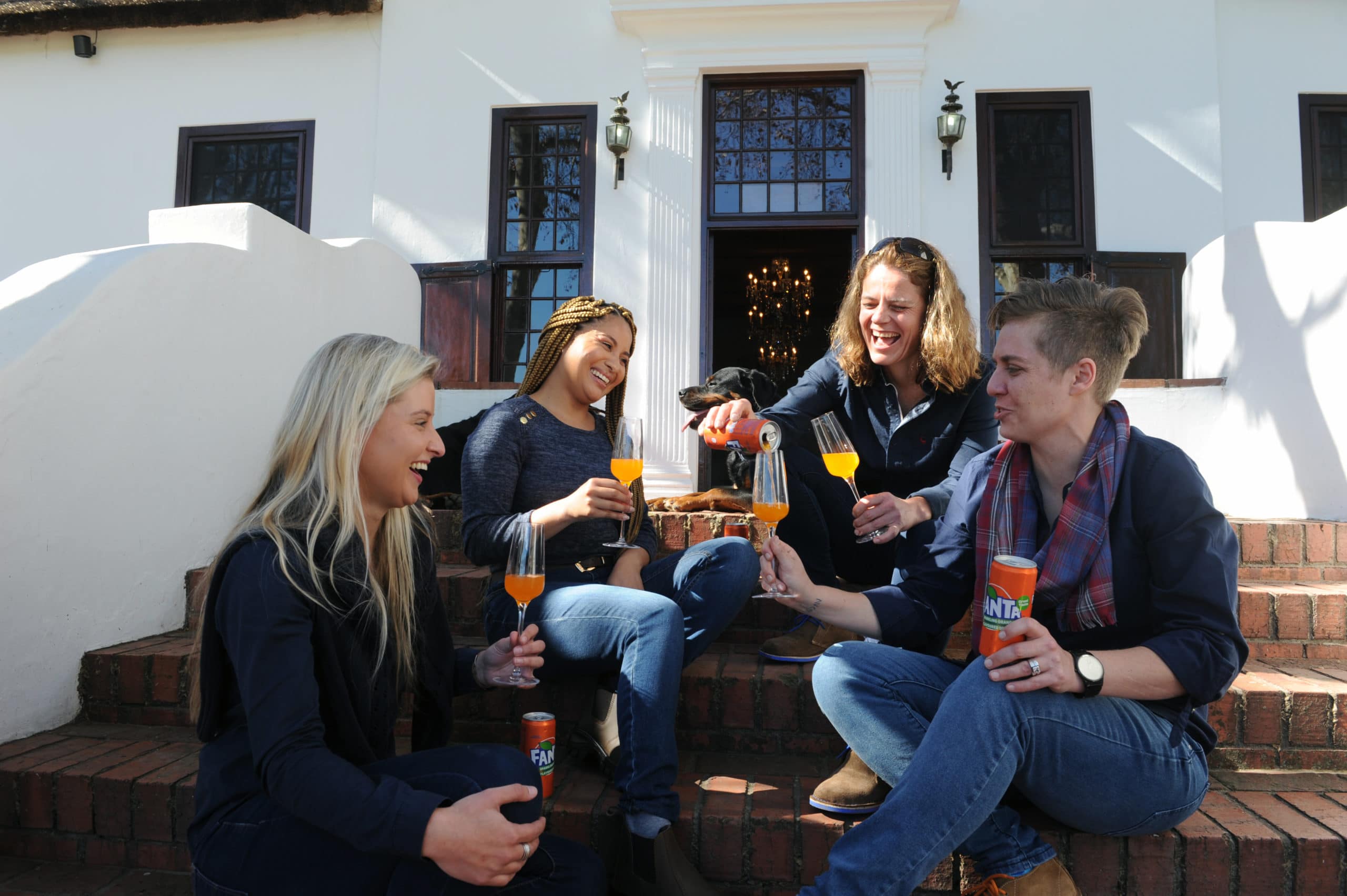 Her journey has been a fascinating one. She explains: “I wanted a career that would bring me closer to nature, perhaps because I was not raised on a farm. Had I been, I surely would have been up to much mischief! So, during my first year after school, I felt extremely lucky to have been one of only a few women selected for a one-year stint with the South African National Defence Force (as part of the then SALVKOL, a military school for women situated in George). What an experience! Here I learned perseverance, persistence and precision, all elements that are serving me well in my current career in wine.

“But it was after my year in the military, when I visited various educational institutions to find a suitable career for myself, that I became aware of the Elsenburg Agricultural Training Institute of Stellenbosch and its many fields of study. I had never before even considered becoming a winemaker, so that was it! Suddenly the idea gained momentum and not long after, I enrolled to study to become a winemaker. So, in all honesty, it was my total ignorance when it came to wine, that actually triggered my curiosity in this sacred liquid. I’ve been hooked ever since.”

Lizelle pronounces that her dogs are her children. “We are an inseparable team. There are two Rottweilers, Ben and Inke; a Jack Russell, Nina; and, a Border Collie/Jack Russell cross, Cody.”

Meanwhile, Cape Flats-born Jamie Williams, Nederburg’s feisty assistant white-winemaker, who was recently featured as part of WineLand Magazine’s 30 Under 30 Club, says one of the biggest challenges she’s had to face to date was “travelling internationally, on my own and having to rely on people I’ve never met!”

This from a young woman raised by a single mum and her late grandmother, who died while Jamie was still in high school. The overseas trip she refers to, was an opportunity to work in Napa, California, after her studies. Her journey into wine however, started some time before that. In her second year of a BSc with specialisation in Molecular Biology and Biotechnology at the University of Stellenbosch, she undertook a module on wine biotechnology. “I was captured!” she declares. “I’ve always loved science, but also have an artistic side. Most industries give you the opportunity to either be an artist, or a scientist. Both appeal to me, and I believe that wine is the perfect fusion of art and science, my two passions combined.

What might people be surprised to learn about Jamie? She giggles a bit and then states: “I love rap music and make-up! My favourite rap song is Slippery by Amigos. I love to belt out this song while working with my team in the cellar! It really drives me to deliver my absolute best.”

Zinaschke Steyn, Nederburg’s assistant red-winemaker, hails from Klerksdorp (North West Province) and moved to Worcester (Western Cape) after matriculating in 2005. Here she worked as a proof-reader at Pioneer Printers while familiarising herself with the beautiful winelands of the Cape, and setting out to become a brandy distiller. But life had other plans for her.

“To be honest, after investigating my options, I realised that winemaking seemed a lot more fun than brandy. I’ve always enjoyed getting my hands dirty and wanted a job where I could be physically involved in the process from start to finish. Winemaking is a challenging environment that is never the same, each year you get one chance to make a success of the vintage, and you never know what Mother Nature has up her sleeve! Also, it would make for a good story – a Valie that grew up on brandy and beer, now making wine. In 2007 I went to see Oom Willie at Elsenburg, and the rest is history,” she explains.

Zinaschke says she’s a keen shopper, but only when it comes to Agrimark, a popular one-stop-shop for a wide range of agricultural and lifestyle products!  “I can browse in my local Agrimark where I now reside, in Franchhoek, for hours,” she laughs.

Last, but certainly not least, is viticulturist, Isabel Teubes.  Down-to-earth and unpretentious, she comes from Vredendal on the West Coast, where she was born and raised on a wine farm situated along the banks of the Olifants River.

She explains: “I’ve been actively involved in farm activities relating to winemaking and viticulture since the age of 10. I understood early on that the oldest and golden rule for keeping a healthy vine bearing succulent fruit, is to maintain balance between the rooting system and the canopy. Modern viticultural practices and techniques allow us to determine wine styles in the vineyard already. This excites me!” 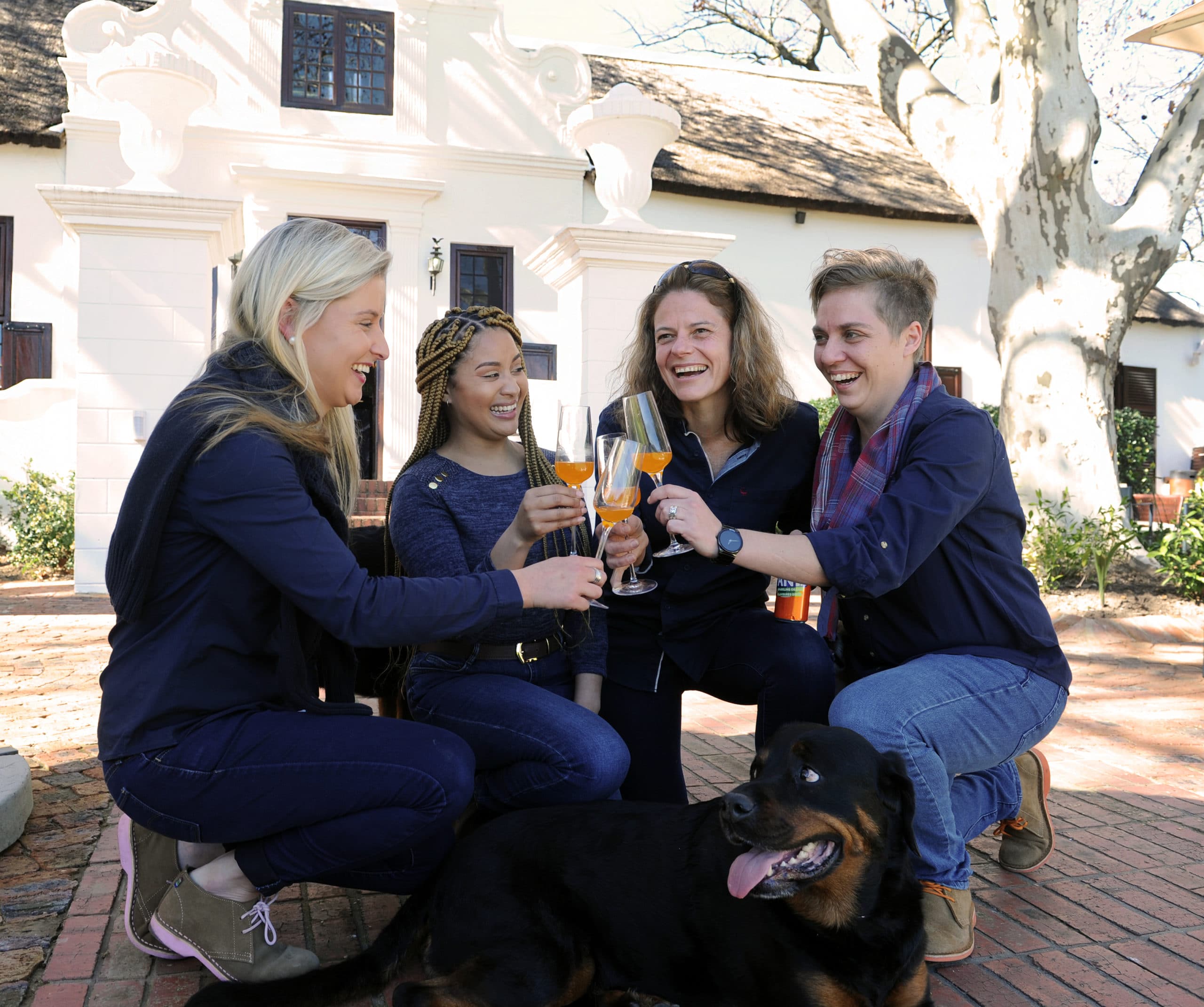 Isabel says that had she not become a viticulturist, she would have trained herself up to be a professional golfer, a sport she still enjoys in her free time. However, the vines are her true calling, while another dream of hers is to own a Black Angus cattle farm one day.

She also enjoys music from the 1980s and binge-watching Netflix when she has time.  “And when I get the opportunity, I like to sneak out for some spa pampering with my girlfriends!”

If you have any questions for any of these incredible women, feel free to send a mail to info@nederburg.com.