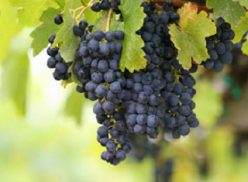 Winemag.co.za is pleased to announce the third annual Cape Bordeaux Red Blend Report (previously the Red Hot Wine Awards) featuring Bordeaux-style red blends. The Bordeaux region in the southwest of France is famous for its red blends, the best of which have the ability to mature in the bottle for many years. The two grape varieties that feature most prominently are the austere Cabernet Sauvignon and fleshy Merlot, although Cabernet Franc, Malbec and Petit Verdot also contribute.

Sixty entries were received from 45 producers for this year’s competition. Twenty-five wines were rated 90 or higher on the 100-point quality scale. These were recognised at an event held at Cape Town Hotel School Restaurant, Granger Bay Campus in Mouille Point, on Wednesday 6 June.

Thelema, as the producer of the wine judged best overall, won a new 300-litre Selection barrel from Tonnellerie Sylvain.

Wines that rated 90 or higher on the 100-point quality scale were as follows: