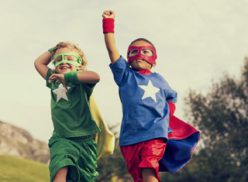 Despite the slight decline in the Confidence Index – by one Index point to 56 – a reading above 50 still qualifies as expansion in South African agribusiness activity. This is the fourth consecutive expansionary reading, indicating that agricultural activity continues to stabilise after the damage of the 2015-16 drought.

Among the ten sub-indices making up the Confidence Index, the following were key drivers of sustained optimism, improving in second quarter:

1) The perception in the market share of the business sub-index improved by 2 index points to 68. These results reflect the potential benefits of the 2017 summer rainfall, particularly in certain grain operating businesses which recently allowed farmers to deliver maize to silos with relatively higher moisture levels.

2) Perceptions regarding employment in the agricultural sector improved, reaching 59 points, up from 56. This suggests the improved expectation of seasonal employment as some horticulture and grain farms begin the harvest period, which requires more labour.

3) Despite policy uncertainty in the country, the farming community continues to invest in agricultural equipment such as tractors and combine harvesters, among others. This trend is likely to continue with agribusinesses’ perception regarding capital investment up by 6 points from the previous quarter to 62.

4) Confidence in the export volumes sub-index improved by 3 index points to 58. This is largely on the back of expected large grains and oilseed supplies. Production levels for the 2017 summer crop (maize, sunflower seed, soybean, groundnuts, sorghum and dry beans) are set to reach 18.03 million tonnes, which is a 92% annual increase.

The general improvement in these particular sub-indices is partly in line with the robust recovery in agricultural production, particularly summer grains and oilseeds.

Meanwhile, the decline in other sub-indices still shows the effects of the 2016 drought, particularly in businesses operating in the horticulture, wine and insurance industries:

1) The turnover sub-index declined by 11 index points to 61. This shows an expectation of lower profitability. For horticulture agribusinesses with farms that harvest in the first few months of the year, volumes were down due to the 2016 El Nino-induced drought. Moreover, the insurance business received a high volume of claims following the drought, which eventually weighed on their financial standing.

2) In a similar trend with the turnover sub-index, confidence in net operating income sub-index marginally declined by 1 index point to 68.

3) Although the survey was conducted before the release of recent GDP figures – which put South Africa in recession in the first quarter of 2017 – confidence regarding economic conditions was down by 5 points from the previous quarter to 45. This reflects relatively downbeat expectations for overall economic growth performance this year.

4) The general agricultural conditions sub-index declined by 5 index to 64. This is largely underpinned by unfavourable dry weather conditions in the Western Cape, which is a key producer of winter grains, horticulture products and wine.

6) The financing costs sub-index was up by 4 index points to 33. To some extent, this is due to expectations of higher costs of servicing debt after the recent credit rating downgrades.

While many sub-indexes within the Index showed different movements, the key underlying factor behind this sustained optimism is the improvement in weather conditions, particularly the recent summer rainfall and its impact thereafter on crops.

With that said, unfavourable weather conditions in the Western Cape province remain a key risk that could potentially change this picture altogether.