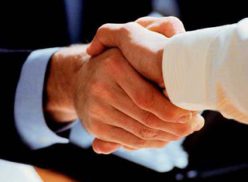 When it comes to free trade agreements, there are a few frequent questions popping up conversation after conversation. Michael Mokhoro, South African Wine and Brandy stakeholder relations manager, shed light on these.

Will SA ever increase the number of FTAs with countries of interests to the Wine Industry?

SA/SACU trading block is hesitant to conclude further trading agreements.  The process of concluding agreements take years.  At present the SA/SACU strategy is to focus on Africa.  Agreements which could be concluded at any time is the Tripartite Free Trade Agreement which include the SADC, COMESA (Common Market of Eastern South Africa) and EAC (East Africa Community) and furthermore with the help of AUC (African Union Commission) it has initiated Continental Free Trade Agreement (CFTA).  These are all initiative for African countries to trade amongst themselves.  In the TFTA, SADC/SACU has secured during the negotiations of Rule of Origin that 60% of grape produced products should come from SADC countries and with time as Africa develop in grape produced products, the 40% it would be importing, it would be phase down.

Why does SA or SACU not have a Free Trade Agreement (FTA) with Angola despite it being in the SADC region?

Angola comes out of civil war and the country lacks road infrastructure, agro processing products, custom officials are not trained and there’s a lack of regulatory structures – or if they are in place, they’re inefficient. Angola’s main source of income is from custom duties and oil. Angola imports 90% of its agricultural products from Portugal and little from South Africa. Angola made an undertaking to ratify the SADC Free Trade Agreement in February this year but to date it has not been done.

Why does SA or SACU not have an FTA with China when it has just concluded one with New Zealand and Australia?

China is a very competitive market and compared with the SADC member states, the implication of an FTA with China would mean some of our manufacturing factories, such as textile factories, would have to close down. South Africa would therefore rather have a memorandum of understanding with China with non-trade-threatening products such as fruit and meat. China also does not meet the standard set out in South Africa’s Liquor Products Act, which is an international benchmark. All our wine is quarantined and tested and declined in certain circumstances because of “unacceptable food preservatives”. New Zealand and Australia are however helping China to reform its standards.  Even if SA/SACU wish to conclude a PTA (Preferential Trade Agreement) with China or take advantage of the Brics relations, wine could be listed under sensitive products and we could be faced with a similar situation of MERCOSUR PTA where the Southern American Countries, Chile, Brazil and Uruguay have excluded wine from its trading list products and listed it as sensitive.

Why does SA not have an FTA with India?

SA/SACU is hesitant in participating in the proposed PTA (Preferential Trade Agreement) proposed by India to SA/SACU for the reasons that India is also competitive compared to SA. The wine industry is hesitant to make wine and brandy part of this deal as India’s wine, like China’s, also does not meet the standards set out in the Liquor Products Act.