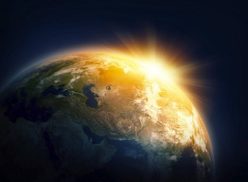 Far from being a flaw, ‘cloudiness’ is beginning to denote not just flavour, but a more natural, less tampered with product. When a trailblazing Scottish craft brewer announced the launch of its inaugural spirits range, comprising of both a vodka and a gin, it was adamant the latter was to be unfiltered. Why? Because this “means that all of the flavour and spirit complexity remains”, it said.

While clarity was once seen as a chief sign of quality, brewers are increasingly marketing beers as unfiltered, communicating to drinkers that the beer is rawer and more flavourful and authentic. And with all of those things being key consumer drivers, we expect an increasing number of players in the ‘unfiltered’ space, most notably when it comes to spirits.

With young people shunning alcohol in ever-growing numbers, the impact of a generation of moderate drinkers is having a distinct influence on the type of products being launched. It would be hard to ignore the impact of Diageo-backed non-alcoholic ‘spirit’ Seedlip since its 2015 launch. But one resulting trend we’ve recently witnessed is that for Shim cocktails, whereby higher-ABV spirits such as gin and vodka are switched out for lower-ABV alternatives such as sherry, port and vermouth. The sherry-and-tonic and port-and-tonic serves are widely tipped to increase in popularity, as fortified wines as a whole are being ‘discovered’ by a new, younger generation. With consumers increasingly unwilling to consume calories or alcohol for products they deem ‘not worth it’, we see an increasing need for premium players in this space.

Consumers are becoming ever-more knowledgeable and curious as to what goes into the drinks they consume. There are signs that many are beginning to approach them in the same way they do food, seeking out calorie counts, ingredients and sourcing information. In this simplicity, nothing-added, low-sugar driven market, one of the areas that drinks makers can explore, without compromising on any of these concerns, is texture.

Though the full legalisation of marijuana is a long way from being achieved, there’s no doubt that it is already shaping the drinks world. Though cannabis-flavoured and infused products are nothing new, Constellation’s recent investment in Canadian medical marijuana company Canopy Growth, is the surest sign yet that the trend is about to go mainstream. This puts the drinks giant in a good position should national legalisation in the US occur – something that seems increasingly likely. Currently states such as Colorado, Nevada and California have legalised the drug, other states look likely to follow in 2018.

From the ‘unicorn’ trend to the rise of colour-changing gins, 2017 has been dominated by the colour of the food and drink we consume, and the environments we drink it in. Why? The simplest and most obvious answer is social media. With most people permanently carrying a high-quality camera, and Instagram growing in both reach and influence, we’ve arguably never lived in a more visual culture.

But colour can be both frivolous and significant and it’s considered use looks set to dominate the year ahead. If 2017 has proved anything, it’s that colour has both power and social currency. The exact shade isn’t crucial; what is, is an understanding by brands that colour is both an easy shortcut when it comes to reaching a desired consumer base, but that it will become ever-more central to ultimate success.

Though there have been attempts by the drinks industry to be more environmentally aware in recent years – usually through a focus on packaging – the pressure to cut back on waste is growing.

It would be an overstatement to say that waste has dominated the drinks landscape of late, but it’s increasingly informing the conversations we have. And there’s perhaps no market force that has the potential to alter both what we consume and how we consume it as drastically.

With news headlines now frequently highlighting issues such as the plastics in our oceans and the predicted global food shortage, pressure from consumers to be more environmentally aware will only grow. It’s up to drinks makers to find innovative new solutions.