Accolade Wines, the UK’s No 1 wine company, has announced it will be investing over £1million (R18.58 million) in South African wine brand Kumala with a new brand creative entitled ‘Keep it Kolourful’. 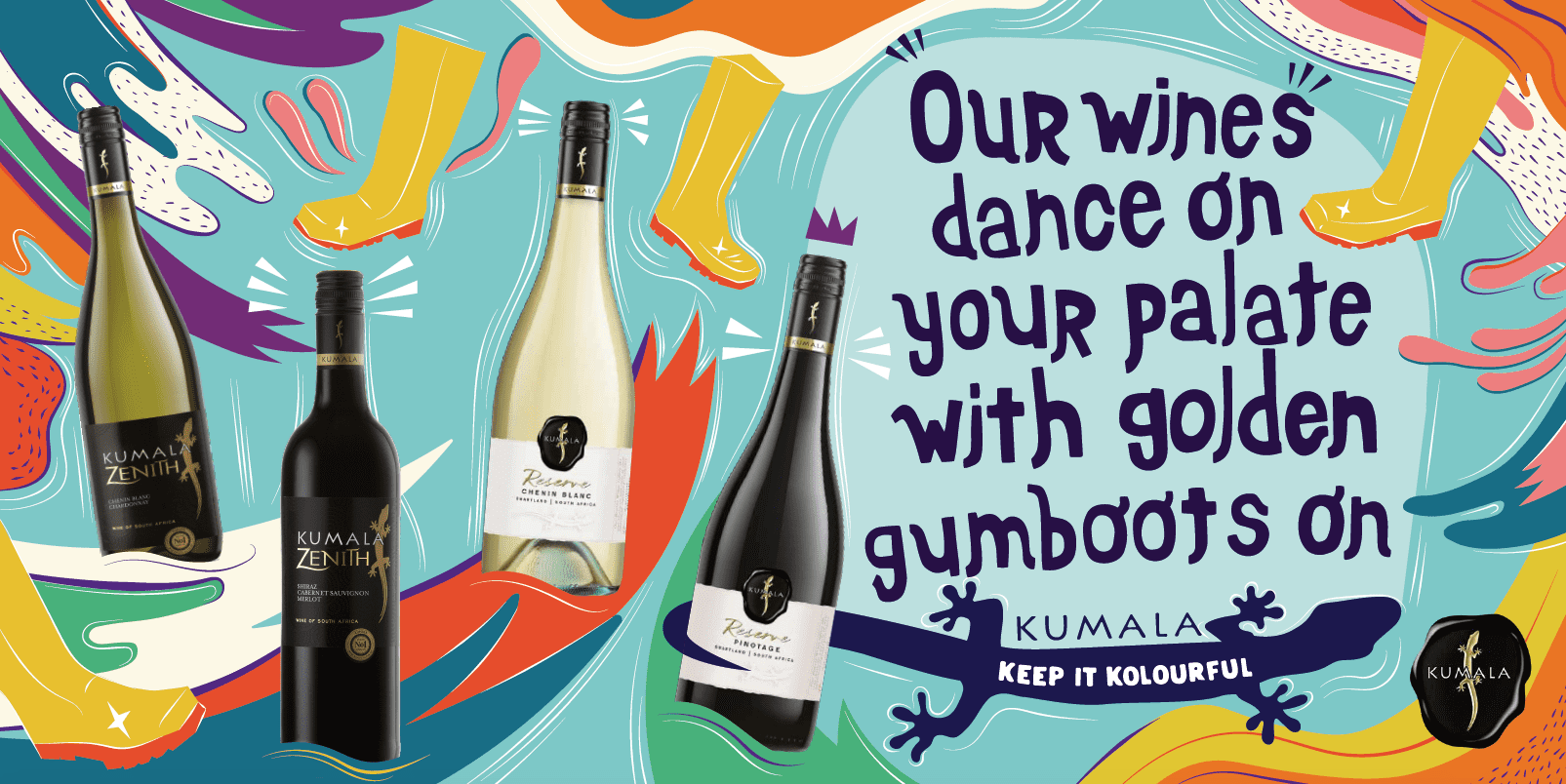 Kumala is the No 1 South African wine brand in the UK and the investment shows Accolade’s commitment to its South African portfolio, despite the difficult vintages the region has had due to ongoing drought issues. The brand has undertaken an extensive piece of positioning research to discover what South Africa and Kumala mean to consumers. The brand will be bringing that work to life through this new campaign.

At a time when there’s little investment in the category this marks a significant move for Kumala and is the biggest investment into the brand for over 10 years.

The South African activation on the new Reserve Range will begin on the 1st of September with online sales and availability in South African International Airports’ Big 5 Duty Free followed by sales and tasting at Cape Town’s Rockwell Hotel and the Cellar Door at Flagstone’s winery in Somerset West. The Kumala Zenith Range is available in over 800 Checkers stores Nationwide.

In the UK, activation will take place in August – November this year across digital, on pack, in-store and outdoor advertising. The first stage of the activation focuses on bringing the South African spirit to tasting notes in a visual campaign brought to life by South African artist: Maaike Bakker. With an estimated reach of 9.5m, the outdoor advertising will feature across key cities including London, Manchester, Birmingham and Edinburgh, as well as social media platforms Facebook and Instagram.

“The ‘Keep it Kolourful’ campaign is centred on the brand’s core positioning statement of ‘pouring positivity’ and aims to highlight the vibrancy and energy of South Africa. The brand will bring to life some of the distinctiveness of South Africa as the category’s leading player,” says Christopher Buckwell, Kumala Brand Manager.

In the UK, the South African wine category is steadily declining at -3.6%* value year on year. Despite the category decline, Kumala is performing strongly in the market, growing at 8.5% value year on year. This has largely been driven by the phenomenal growth of Kumala Reserve which has seen a 61.9%* growth year-on-year, offering consumers a trade up option at £8 and championing specific regions in the Western Cape.

Ade McKeon, Accolade Wines General Manager UK and Ireland, said: “We’re committed to driving the market for the UK’s number one South African wine brand, championing the great heritage of South African winemaking and bringing it to the attention of loyal and new consumers.”