The use of barrel technology for uniform barrels

by Sandile | Nov 1, 2016 | Winetech Technical, Practical in the cellar

All winemakers know that individual barrels differ. Although it may sometimes be beneficial and offer variation to wines, a barrel can influence the sustainability of standard wine blends. These differences are mainly due to chemical and origin differences. The wood species differences are usually simplified to only French and American origin, but are much more complex than that.

Different cooperages have introduced new barrel types over recent years in order to limit the variation between barrels. The Essencia (Demptos), Icône (Sequin Moreau), Pure T (Taransaud), Oakscan (Radoux) and Generation 7 (Vicard) are examples of this. The science of barrel technology is used by them to limit barrel differences. Although the natural wood characteristics of barrels are acknowledged, the management thereof is used to limit the barrel variations. It is however a complex matter, seeing that wine and maturation differences also contribute to the variation of the final product. Concerning the barrels, it is mainly the wood itself and the leaching and toasting of it which contribute to the barrel variation.

American oak (Quercus alba) or more specifically American white oak, because many different American oak species exist, differs distinctly from French oak. French oak is however not only one species, but rather two related and hybrid species, namely European sessilis oak (Quercus petraea or Quercus sessiliflora) and European pedunculate oak (Quercus robur or Quercus pedunculiflora). Both are used by French, European and Hungarian cooperages. Although it is expected that considerable differences exist between different wood species, French oak barrels were in the past mainly sold according to geographical origin, without focusing on the species differences in the same origin. The environmental differences of different origins can however possibly be a greater contributing factor than species differences. The wood variation is however much more complex than only origin and species differences, because timber originating from the same tree can differ. Irrespective of the species and origin, the seasoning and toasting of the staves will also change the chemical composition of the wood.

The control of variables is complex, because the assembly and treatment of barrels is a craft and not an application of theoretical knowledge. The assembly of barrels is mainly of physical nature, but the visual judgement concerning the use of staves with a uniform grain and degree of toasting is the result of experience over years. During the past 30 years much research has been done regarding the influence of toasting on the chemical composition of wood. The temperature and duration of toasting are of determining importance. The concentration of vanillin, one of the most important flavours formed during toasting, will for example be too low if the toasting temperature is too low, or it will evaporate if the temperature is too high. This wood chemistry research forced cooperages to consider methods other than visual judgement by the cooper as a way to produce barrels of greater uniformity. Most cooperages started using infrared technology in combination with computer technology as a more absolute way to measure and control the degree of toasting. Better toasting control will however not eliminate the individual barrel variation, because different staves will differ as result of the environment where it originates from. In order to classify uniform staves, the ellagitannin concentration of different staves can be analysed with near infrared spectroscopy.

In conclusion, the following aspects are therefore playing a role in the variation between individual barrels: 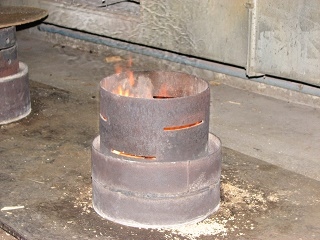 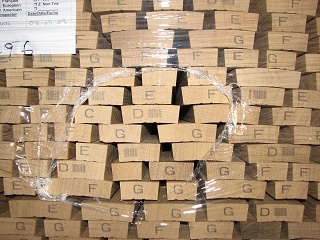 Sorting and selection of staves play an important role in the assembly of barrels.