The use of cordless smart barrel bungs 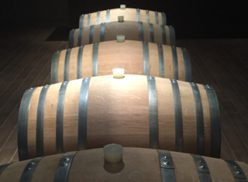 The way of barrel closing has undergone a revolution over the years. Initially sand bags were used, followed by a hessian cloth with a flat wooden bung, which was replaced by a formed wooden bung and eventually by silicone bungs. The barrel bung, however, remains the only way of entrance to the barrel contents, but can due to its nature, be a source of contamination or air exposure. Seeing that the barrel influence on the wine differs individually the winemaker also ought to monitor the barrels individually. At cellars with many barrels it can become practically impossible and representative samples need to be used. If the bung is, however, utilised as a computerised monitor it can practically be monitored easier and better. 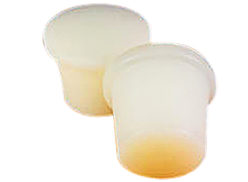 Every time when a bung is removed from a barrel for whatever reason the wine is exposed to air, but winemakers differ in their view of the real impact of this. If it is borne in mind that wood is also porous, the potential negative influence when a bung is removed can be questioned. In spite of this winemakers were previously wondering whether barrel bungs cannot play a more important role instead of only serving as a barrel closure. The tedious process to monitor barrels individually, served as a further motivation to develop the so-called smart bungs.

Different attempts have been applied to develop such bungs, before the US companies, TrenLot and Sapere Systems, commenced with their present projects. Seeing that different measurements like temperature, pressure, humidity, light exposure and SO2-concentrations must be obtained via the same bung, it is a tedious and complex project. Physical measuring instruments for the different parameters and software to transfer the measurements to a central internet provider must be built into the same bung. In 2011 Dennis Taylor of Adelaide University initiated a student project to develop a smart bung, which could monitor the SO2-concentration of individual barrels. The standard SO2 monitoring comprises tedious sampling with potential unnecessary air exposure and the change over time can only be followed by recording it. The eventual aim of the project was to develop a barrel bung, into which optical fibre was embedded in order to monitor the barrels over time, without removing the barrels’ bungs, with certain disadvantages. Although the project was successful it was not continued after completion. 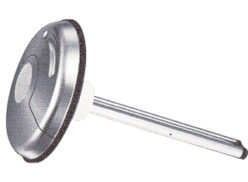 The French R&D company, Vivelys, received a prize in 2012 for the development of a barrel bung for the wireless monitoring of the headspace and pressure decrease in a barrel via internet. This project was, however, also terminated. The projects of TrenLot and Sapere Systems have the same aim, namely the internet monitoring of individual barrels via a web portal. Both companies will not sell the bungs to cellars, but lease it on a monthly basis. The lease tariff will be determined by the number of monitors and frequency of their use. The rental companies will also be responsible for the maintenance and repair of equipment. The TrenLot barrel bung is WiFi-enabled and powered by a long-life lithium-ion battery. Their present model measures the temperature, pressure, humidity, liquid level and light. The liquid level is an indicator of the headspace in the barrel and the light whether the bung is in or out. Although SO2-concentrations are not measured presently it is planned. Sapere Systems’ barrel bung (see the photo) replaces the present silicon barrel bung with a barrel bung, equipped with a thin tube to sample the wine, which is then run across a computer chip to measure the free SO2-, acetic acid-, pH-concentration, wine level, temperature and pressure. A valve is also integrated on the barrel bung, which allows for topping-off, without removing the bung. The barrel bung will as such be replaceable and is like the present bungs made from food grade silicone. Like in the case of TrenLot, the Sapere clients will pay for the data, but not the equipment. Sapere has an ambitious plan to develop a sensor which can monitor malolactic fermentation (MLF). They plan to do it by measuring the pH and temperature during the process. Seeing that software which is used for the smart bung is in the cloud it can also be integrated with other existing cellar production applications like inventory control.

Both companies expect their product launches within six months to a year. Its prices will be competitive at USD 10 per month per barrel (Lasky, 2017).