The establishment of a vineyard block is a long term investment which may amount to as much as R300 000 per hectare in the case of wine grapes. A longer productive lifetime may yield bigger profits in the course of time. Furthermore, it is known that grapevines in their prime are mostly also better balanced, and may therefore offer superior wine quality. Relatively few grapevines were planted over the past decade and consequently vineyards have to become older to sustain production yields. Are we doing enough to protect this long term asset?

The first essential step for a longer grapevine lifetime is a well-distributed and buffered grapevine root system. The establishment process, from soil charting, planning and plant material selection to soil preparation and the actual planting of the grapevine should focus on this objective. All physical and chemical limitations should be removed in order to optimise root distribution and functioning. The management of brackish conditions, and specifically drainage of salts from the soil, will also extend a grapevine’s lifetime.

What happens below the soil impacts directly on canopy growth and plant physiology, and therefore also the lifetime of the grapevine. Older grapevines are often encountered in areas where the formation of a deep root system (on soil types allowing for it) is a prerequisite for survival. According to Archer and Saayman (2018) a buffered root system is the most important way to counter climate change which is accompanied by warmer and drier conditions.

Grapevine roots should be properly managed to comply with the necessary nutrient, water and oxygen requirements. A healthy soil microbial environment is also essential and here the contribution of cover crops may be significant. Routine soil analyses are extremely important to accurately determine these requirements. Fertilisation often results in acidification of soil which also restricts roots. It may furthermore be necessary to counteract compaction of the soil periodically, but this should only be considered based on appropriate prior examinations. Cautionary measures are to be taken against soil pests and diseases, and a well-developed and healthy root system will once again be more resistant.

Balance in a vineyard is difficult to quantify and therefore it is not discussed often. Balance between growth and bearing is essential, however, to ensure that a grapevine remains productive in the long term. Due to financial constraints, producers are often inclined to encourage earlier production in grapevines and in the course of time it has been noticed that crop control at an early stage is no longer entirely discerning (Photo 1). Such young vineyard blocks are impaired, due to inadequate lignification processes and accumulation of reserves, inter alia; years later this will often impact negatively on growth, production and eventually lifetime. The accompanying stress also creates perfect conditions for trunk pathogens to attack the young grapevines at an accelerated tempo; early in the lifetime of such grapevines the symptoms are already visible. 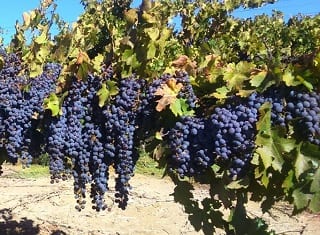 PHOTO 1. This young grapevine bears far too many grapes which will undoubtedly impact negatively on growth and yield in future.

On the other hand grapevines may also grow too profusely with subsequent loss of good aeration. Infertility then sets in and bearers will also begin to die back due to excessive shadowing.

A balanced grapevine can only be obtained provided grapevine development was properly done. This includes upright trunks, uniform length and thickness of arms, and good bearer spacing. A mistake that is still commonly made is to wind the arms too tightly around the cordon wire. This practice leads to a constricting effect when the arms become thicker and results in the dieback of bearers, and even entire arms (Photo 2). 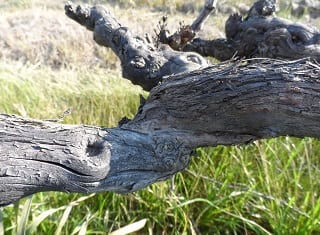 PHOTO 2. The cordon wire, which cuts into the arm in this instance, has a restricting effect.

The detrimental effect of leafroll virus is lethal to the grapevine’s ability to yield good crops of premium quality. Due to leafroll infection countless premium blocks have been relegated to the rosé category and shortly afterwards uprooted (Photo 3). 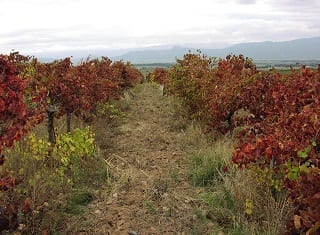 PHOTO 3. This Shiraz vineyard was known for premium quality, but the rapid distribution of leafroll by mealybug impacted so negatively on the bearing and quality that the block had to be uprooted within five years.

South Africa has a very good plant improvement and certification scheme which aims to eliminate leafroll virus, inter alia, from plant material. Unfortunately leafroll symptoms do occur in a new vineyard from time to time (Photo 4). It has been proven that the removal of such individual grapevines is highly effective in the fight against leafroll, but on many farms this practice is still neglected. A further persistent dilemma is the reinfection via mealybug from nearby and adjacent leafroll infected blocks to newly established vineyards. Excellent research has been conducted and control strategies and protocols are available on the Winetech website. Again some farms obtain very good results (often the result of careful monitoring), but isn’t it high time that mealybug control be undertaken in a regional context? The successful control of fruit fly on a regional basis is a good example of collaboration to get rid of a problem. 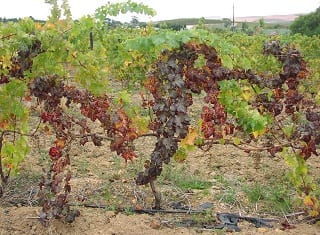 PHOTO 4. This young Cabernet Sauvignon grapevine is clearly infected with leafroll virus and has to be removed.

Trunk diseases such as Eutypa (tandpyn – Photo 5) and Petri disease (Black goo), commonly encountered in vineyards, disperse in arms and cordons and cause the dieback of wood, and eventually the grapevine. The spores of these fungi are present throughout the year (with a peak during the winter months) and penetrate wounds made by pruning. Factors such as pruning when it rains, large pruning wounds and stress can accelerate infections. Young grapevines that bear too many grapes often show symptoms in subsequent years. 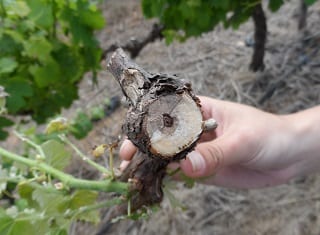 PHOTO 5. Typical symptoms of eutypa that may be dispersed via pruning shears. The protection of pruning wounds is of the utmost importance.

Once again there are very good guidelines, South Africa being at the forefront of research in this field. However, too few producers effectively apply pruning wound protection (with Trichoderma for example) and the sterilisation of equipment (see information on www.winetech.co.za/research-databasis).

Saturated conditions due to excessive irrigation frequency on soil with a good water retention ability result in low oxygen levels in the soil and persistent wet soil conditions create the ideal environment for fungal pathogens that attack roots and trunks. It is necessary to maintain wet and dry cycles in the soil to sustain a healthy root system.

The establishment of a vineyard requires a lot of time and money; being a long term asset it has to be protected. The ideal is to have a vineyard block that is able to produce profitable high quality crops annually, for many years. The journey begins with the establishment, after thorough planning, of a balanced grapevine (certified plant material only) with a healthy and well-distributed root system. The choice of training method and trellis system should complement the growth so as to obtain a well-aerated canopy with the least possible input. The grapevine should be protected against pests and diseases, and not be exposed to excessive stress.

The knowledge and control measures to achieve the above are known and readily available, but are sufficient steps being taken to do so? There are many examples of producers and farms who already implement these practices, and have older blocks that perform extremely well. On the whole, however, we have to admit that much more can be done to ensure a long and productive lifetime for the most important asset on a grapevine farm.