by Doronae | May 1, 2017 | Wineland, Practical in the vineyard, Production, Winetech Technical 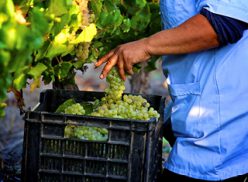 Efficient usage of resources to maintain positive returns despite challenging times in the wine industry.

VinPro Production Plan survey has imparted information on the wine industry for years, with 2016 marking the 13th year of extensive analysis at farm level. The wine industry has seen immense challenges over the years, from increasing inputs to low profit returns etc. This has made it extremely challenging for a large number of producers to maintain positive returns. Despite all the said challenges there are still producers who achieve excellent returns year after year. Furthermore, Part 1 of the report provides an overview of the most important findings for the past ten years, with emphasis on the 2016 harvest. The practices of the top achievers are exemplified in Part 2.

VinPro’s Agricultural Economic Division continues to play a pivotal role within the wine industry, and 2016 saw yet another year of wide-ranging analysis across the nine wine districts. The project is supported by Winetech, the National Agricultural Marketing Council (NAMC), Standard Bank, Absa, Land Bank, FNB, Nedbank and Capital Harvest. The primary objective is still to determine the production structure, cost structure and profitability per district, so as to determine the financial interest of the producers.

Altogether 235 farming units from all nine wine districts participated in the 2016 Production Plan survey. In 2016 the sample consisted of 22 790 ha (23% of the total South African area planted to wine grapes in 2015, producing 351 818 tons (25% of the total South African crop in 2016). Of these 62% and 38% were white and red wine grapes respectively. Mechanical harvesting continues to see an increasing trend, about 66% of the tonnages were harvested mechanically compared to 59% the previous year.

The evaluations are not cultivar and/or block specific – it applies to vineyard enterprises as a whole (bearing and non-bearing). The large number of participants evaluated differ in respect to farm size and are diversified in their respective enterprises. The Malmesbury district is evaluated separately throughout and does not form part of the industry average figures, in view of the fact that this study group cultivates a large component of dryland vineyards, which require an alternative production, cost and capital structure. The report represents industry average figures, calculated by determining the weighted average of all the participants. 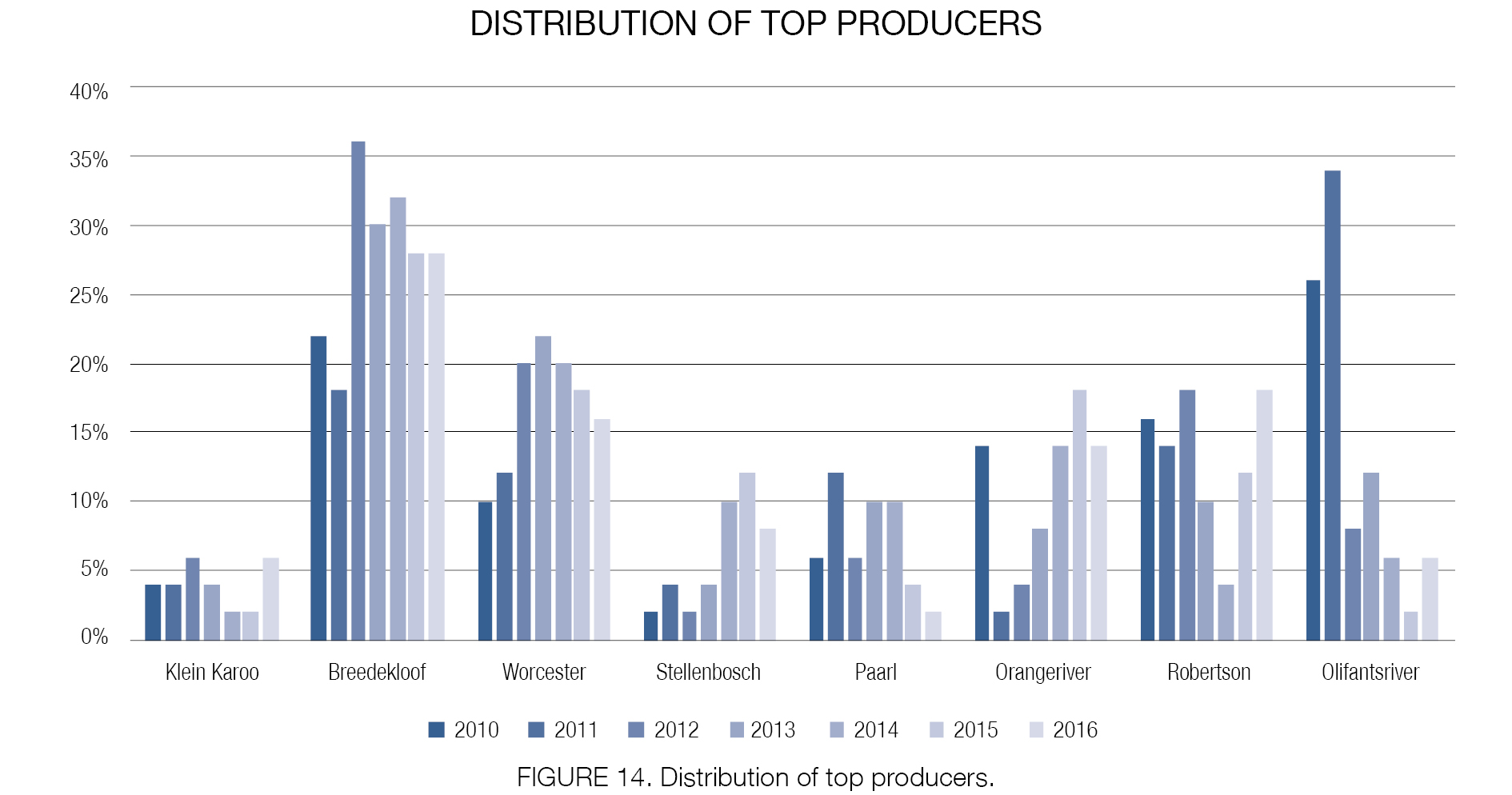 The composition of top achievers’ cash expenditure does not differ greatly from the industry average. Most of the top 50 producers’ cash expenditure is centralised around direct costs, namely fertiliser, pest and disease control and they realise that the risk is too large to try and save on direct inputs, which are linked to the size and quality of the crop. With the intensity of labour increases, mechanisation is another component that is bigger for the top achievers in comparison to the industry average. This is not only limited to mechanical harvesting of wine grapes, with mechanical pruning also becoming increasingly popular. Even so, some producers still focus their resources on conventional viticultural practices and achieve excellent levels of success.

The difference in the cost structure of the top producers is just one of the drivers that impact on profitability; the improvement in profitability is ascribed to increased productions with an even higher average payout.

The age composition between the industry average and the top producers does not differ greatly. Top producers are at a much better position to ensure capital maintenance of the vineyards, in turn replacing non-profitable grapevines, as well as to diversify, if required, into other more profitable enterprises of the agricultural industry.

Note: This was calculated from the total sample and should not be confused with the top 50 producers according to NFI.

Primary wine grape producers are still leaving the industry and are currently at 3 232, compared to 4 360 in 2005. The 50 producer cellars handle approximately 80% of the annual crop, the balance being handled by the remaining 494 private wine cellars and 24 producing wholesalers.

With 2004 as basis year, Table 8 and Figure 17 illustrate how the financial situation of role players in the wine value chain has changed in recent years.

The following deductions can be made:

Primary wine producers remain prone to outside factors and have little bargaining power over such factors, from oversupply, farm gate prices, exchange rate movements etc. Capital maintenance in the vineyards has fallen behind owing to increased costs and unfavourable profit margins. In many a case increased production has remained a saving grace for most producers to stay afloat in their respective business. Top producers still manage to outperform the many challenges and get above average returns and adjust their production practices to be in line with their wine objective.

With the recovery in world supplies, wine producers are cautioned to stay ahead by adopting stringent management practices that capitalises on their costs while remaining sustainable and profitable.

Despite the difficult times and conditions in the wine industry, which have resulted in a cost price squeeze for the average producers, there are producers who undoubtedly fare better. These are producers that have aligned their practices with their wine objective and ensure that costs are being utilised efficiently. Proper management is key, from having a proper plan in place, constant evaluation of the business, and an effective workforce to ensure the success of the business.

The exceptional performance of the top achievers year after year is reassuring in the midst of the difficult times, noteworthy is the centralisation of these producers across the nine districts. Top achievers managed to show an increase in NFI over the past six years.