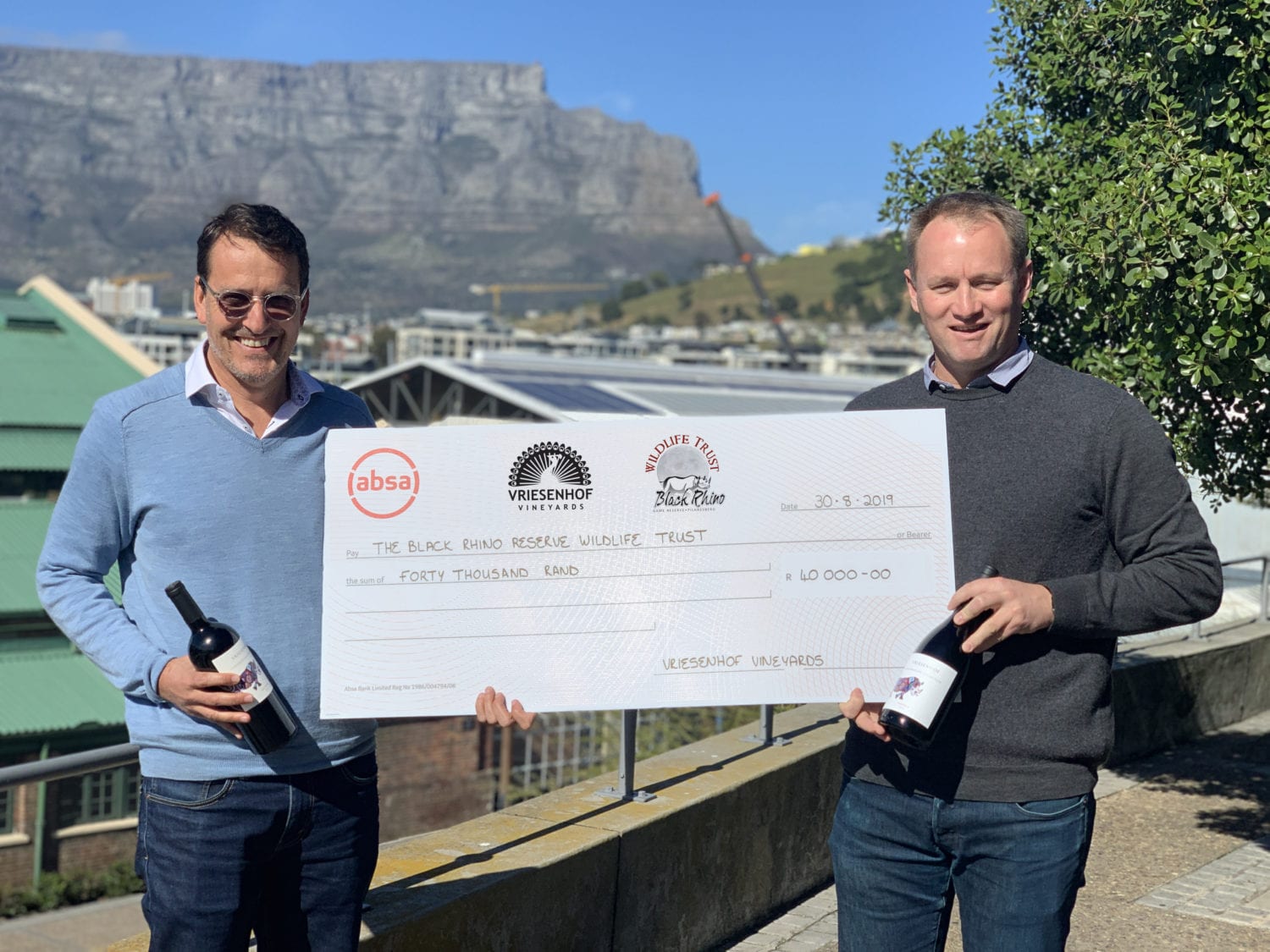 Vriesenhof Vineyards has joined forces with The Black Rhino Reserve Wildlife Trust to raise funds to fight rhino poaching and aid conservation efforts in and around the Pilanesberg National Park, which is under constant threat by poachers.

A portion of the proceeds from the Vriesenhof Conservation Collection wines, specially crafted to raise funds for South Africa’s endangered wildlife was donated to this cause.  A cheque for R40,000 was recently handed over by Vriesenhof CEO Eddie Smit.

“The extinction of a species has significant consequences for an ecosystem and the natural environment. Vriesenhof is committed to assisting in the fight against rhino poaching. With this wine, enthusiasts can enjoy another quality bottle of Vriesenhof with a beautiful and unique label whilst contributing towards conserving our wildlife,” he said.

The Black Rhino Reserve Wildlife Trust was established during 2012 with the objective of raising funds to engage in conservation, rehabilitation and protection of the national environment around the Pilanesberg National Park, as well as the promotion of training and education programmes. A look-out point, manned around the clock, was established on the boundary of the concession and an anti-poaching unit was established.

The funds donated by Vriesenhof will be used towards darting and tagging of rhinos in the conservation area.

“Winemaking is about the relationship between nature and man.  As a business which works the land to create our products, we regard it as our duty to make a contribution towards the protection of all species now and into the future,” Smit said.