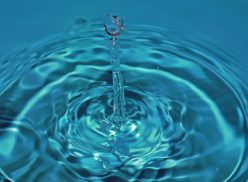 The Department of Water and Sanitation (DWS) has instructed agricultural water users in the Western Cape Water Supply System (Berg River/Theewaterskloof Dam system) to install water meters at all abstraction sites by 1 June 2017.

The notice, published in the Government Gazette in February, is based on the National Water Act no. 36 of 1998 pertaining to “regulations requiring that the taking of water for irrigation purposes be measured, recorded, and reported”. In the notice the DWS highlighted the water shortage in the Western Cape Water Supply System due to insufficient rain in the 2016 winter season and limited rainfall predictions for the next four months in addition to high water demand. A 30% curtailment on all agricultural water use in designated areas as from 1 March 2017 has been implemented.

Director of Sustainable Resource Management at the Western Cape Department of Agriculture, André Roux, told Hortgro Science that farmers receiving their water from a canal through a sluice gate already complied as their water use was monitored. “It is only the farmers abstracting water with pumps from rivers, dams, and boreholes that currently do not comply with regulations. This refers to water having not been measured before it was stored in dams,” he explained.

Roux says there are a few practical considerations for producers to think about before installing their water meters. Natural substances/organisms in untreated water, such as silt, leaves, twigs, fish, and frogs are problematic for the ‘normal water meters’ which make use of a propeller-type registering device.

Producers can expect to pay around R30 000 per pump installation.