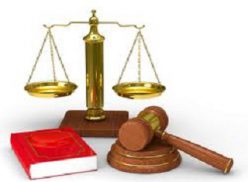 Amendments to the Western Cape liquor regulations were published recently and will take effect on 1 July 2017. The changes include an application fee increase which is payable when applying for new licenses or changes to existing licenses. Additional information not previously required, must be included in applications. Significantly more information will be required when applying for special event licenses, such as wine festivals and markets.

Businesses are required to submit applications when:

It is clear that the changes are aimed at stepping up the monitoring of license holders and their compliance with legislation. More liquor inspectors are being appointed to inspect licensed premises to ensure that license holders comply with the requirements of the Western Cape Liquor Act and Regulations. The Liquor Licensing Tribunal will also be able to impose fines of up to R100 000 for non-compliance.

Businesses which require advice on applications or compliance, are welcome to contact Danie Cronje at danie@daniecronje.com or on 082 772 3517.