What was the impact of the 2017-18 drought? – a case study using FruitLook data

In this article, the impact of the 2017-18 drought on the Western Cape agricultural sector is assessed using satellite-based data products available via FruitLook.

Three dry winters in a row caused Western Cape dams to drop to record low levels. Dust storms could be seen clouding the sky above bare dams as shown in Picture 1. At the end of October 2017, the average dam storage level in the Western Cape was approximately 39%;1 by far not enough to fulfil all domestic, industrial and agricultural water demands during the South African summer. The impact of the drought on irrigated agriculture during the 2017-18 season has been high. The total economic loss is estimated at R6 billion with 30 000 jobs lost in the agricultural sector.1,2 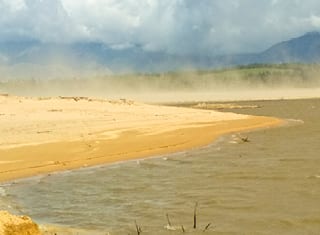 PICTURE 1. Dust storm in Theewaterskloof Dam. This is the biggest dam in the Western Cape and responsible for feeding water to Cape Town, as well as the local agricultural community.

Since 2011 farmers in the Western Cape have had access to satellite-based crop monitoring information via FruitLook (www.fruitlook.co.za). Complete funding by the Western Cape Department of Agriculture makes the use of FruitLook free of charge for the end user. Between August 2017 and April 2018, over 750 users monitored more than 50 000 ha of agricultural land via FruitLook. Via the provision of smart satellite-based data products, FruitLook assists in the efficient use of water resources by farmers on field level. Additionally, analyses exceeding field scale can be done using the dataset since the information behind the FruitLook portal is available for all major agricultural areas in the Western Cape as can be seen in Figure 1. 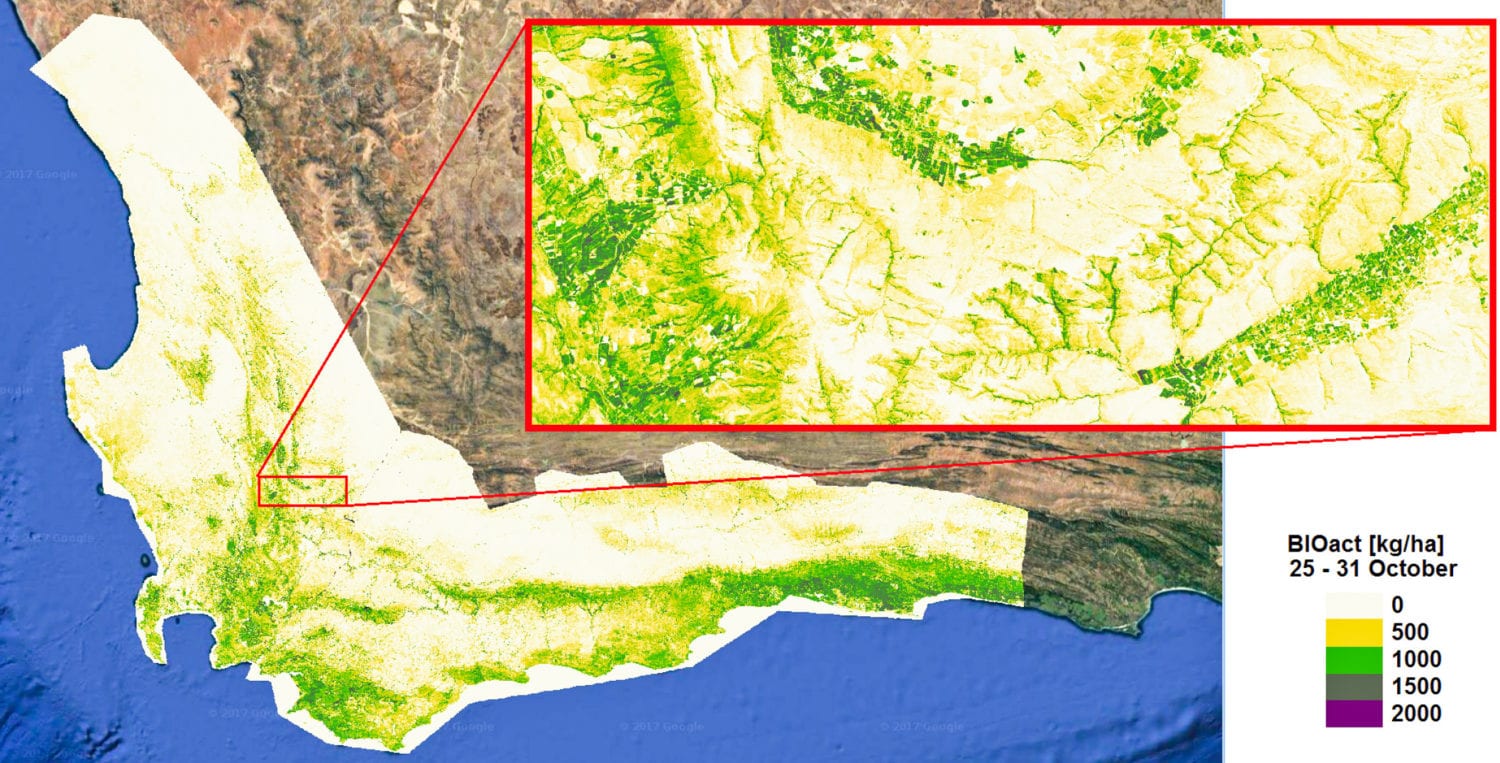 FIGURE 1. The data behind FruitLook consists of raster maps describing production in the entire Western Cape on a weekly basis. In this case, a biomass production map shows the vegetation growth from 25 to 31 October 2017.

The spatial FruitLook data was used to identify the impact of the drought in two regions: the Groenland water management area and the Lower Olifants water management area. The Groenland area is relatively wet and indications are that the impact of the drought on production levels was minimal during the 2017-18 season. The Lower Olifants area faced a water deficit of approximately 85% at the start of the season.3 The results from our analysis show the disastrous impact of a drought, but equally illustrate how varied this impact can be in one single province. FIGURE 2. Histogram showing the impact on actual biomass production due to the effect of the 2017-18 drought in the Groenland water management area. No particular impact of the drought is visible.

Groenland is located in the south of the Western Cape, near Grabouw. Eikenhof is the main dam in the Groenland water management area. The water in this dam is primarily used for irrigated fruit farming. The Groenland Water User Association (WUA), allowing for a 10% curtailment, could adequately supply water in the demand of their users. The major irrigated crop types in this region are pears and apples, with some wine grapes and stone fruit also present in the area. A comparison is made on a field-by-field basis for 4 302 fields covering close to 9 000 ha. This comparison is visualised within the histogram for the Groenland area displayed in Figure 2.

The histogram shows a normal distribution and the average difference between 2016-17 and 2017-18 is almost 0%. This means, for the two years considered in the Groenland area, the amount of fields which showed an increase in growth (biomass production) is similar to the number of fields showing a decrease in growth. For more than ⅔ of all fields in the region, the difference in accumulated biomass production between the 2017-18 and the 2016-17 production season was less than 10%. It also indicates the amount of fields in production is relatively stable: almost as many fields show a sharp decrease in production as there are fields showing a sharp increase. According to the histogram, this water management area displays little to no detrimental effects of drought. 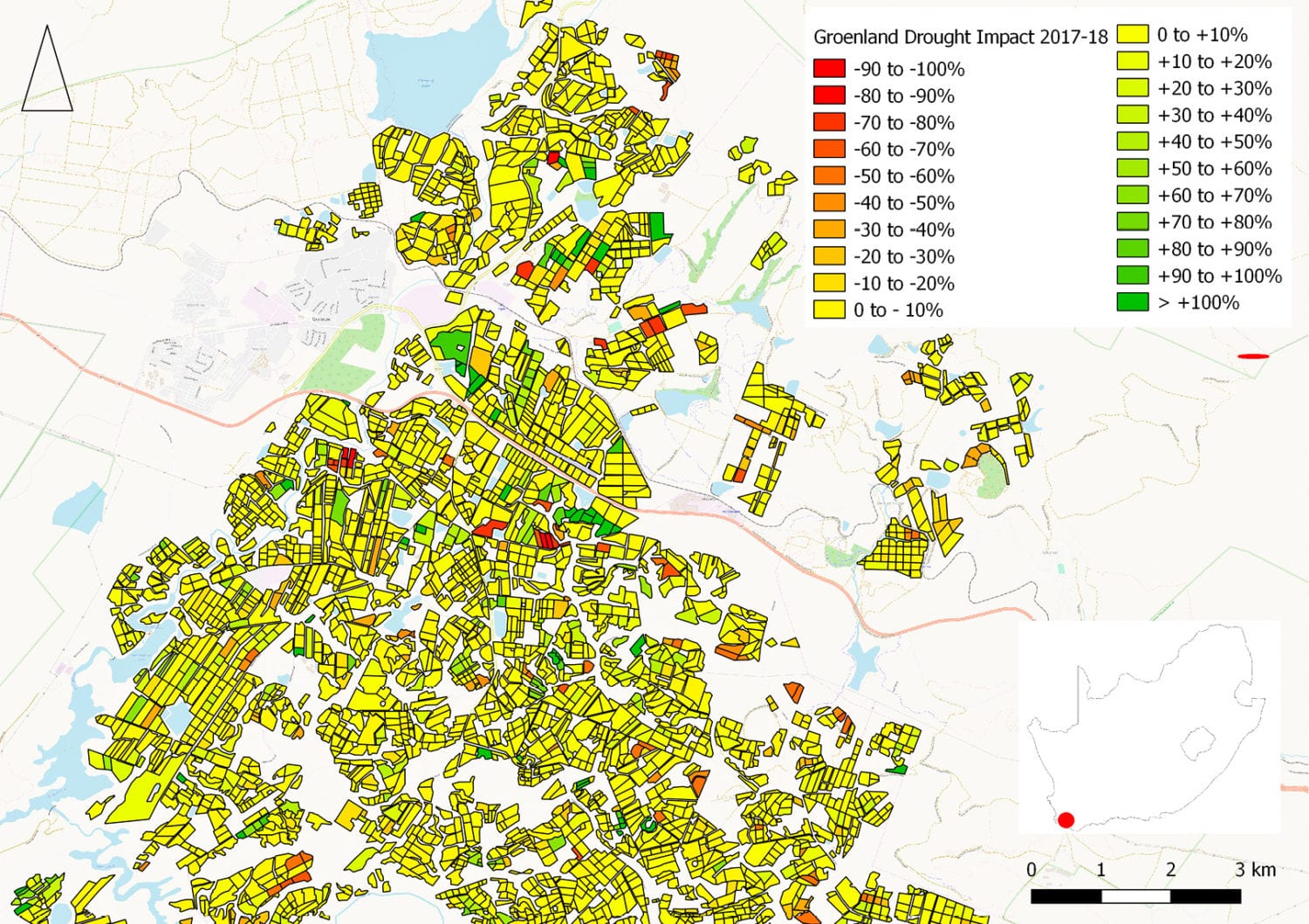 FIGURE 3. Map showing the impact on actual biomass production due to the effect of the 2017-18 drought in the Groenland water management area. No particular impact of the drought is visible on the biomass production figures. The dark red fields were likely removed over the past season. Simultaneously, the dark green fields are likely new in production.

This is confirmed in Figure 3, showing the drought impact on a map, where vegetation growth in 2017-18 is expressed in relationship to 2016-17. Most fields show little drought impact (yellow) meaning production during 2017-18 was similar to 2016-17. The data suggests that some orchards were taken out (in red), but also that new fields were planted or came into production (dark green). Although the data considered in this assessment shows vegetation growth (total biomass production) and not crop yield, it would indicate a close to average production season compared to the year before.

A similar assessment for the Lower Olifants water management area (LORWUA) tells a completely different story. The LORWUA region is highly dependent on the Clanwilliam Dam, which feeds water through a system of canals to the water users downstream. In this area, 90% of all irrigated fields are under wine and table grape cultivation. Especially table grapes are vulnerable to drought conditions.

At the start of the 2017-18 season, the Clanwilliam Dam was filled to 40% of its capacity causing the introduction of major water restrictions for irrigated crop production. Less than 20% of the normal water quota was made available to producers. 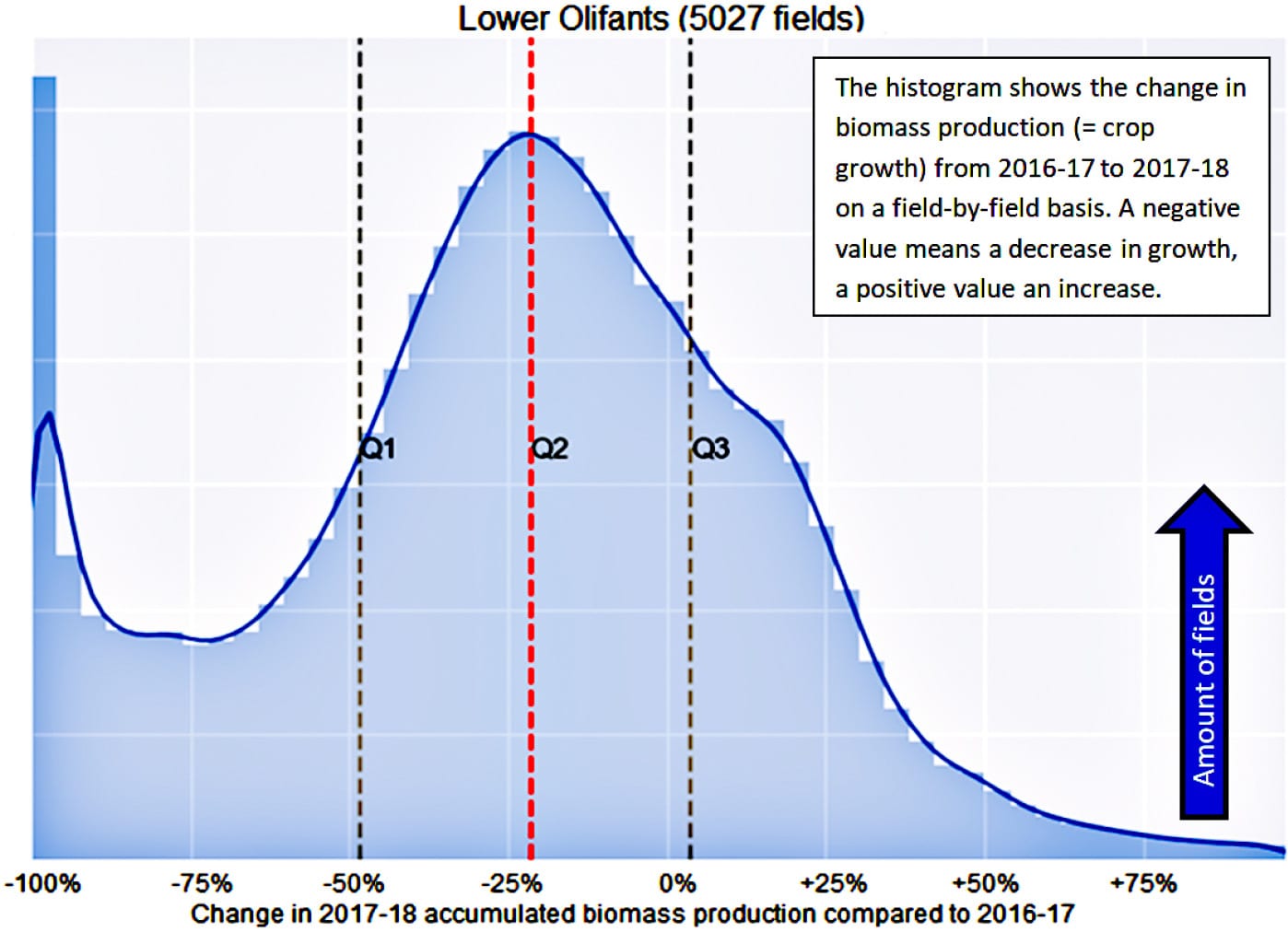 FIGURE 4. Histogram showing the impact on actual biomass production due to the effect of the 2017-18 drought in the Lower Olifants water management area. The impact of the drought is clearly visible.

The data clearly shows the dramatic consequences of a season experiencing a severe drought. The histogram (Figure 4) displays the effect of the 2017-18 drought by comparing the biomass production figures to that from 2016-17. Close to 15 000 ha was analysed covering 5 027 fields. On average, nearly 25% less biomass was produced over the entire Lower Olifants water management area. This perceived drop in production is confirmed by the South African Wine Harvest Report 2018 from Vinpro: low water availability from the Clanwilliam Dam led to reduced crop vigour, smaller canopies and increased water stress.4 A large number of fields shows a (close to) 100% reduction in growth, indicating the removal of vineyards or their complete die-off.

FIGURE 5. Map showing the impact on actual biomass production due to the effect of the 2017-18 drought in the Lower Olifants water management area. A strong reduction in biomass production is visible for almost all production fields. Additionally, many fields show a (close to) 100% decline in growth which means these fields are likely cleared.

Figure 5 maps this significant decrease in crop growth (biomass production) resulting from decreased water availability. It shows a section of the canal between Klawer and Vredendal. Almost all fields visible on the map show a drop in production figures. The fields coloured in deep red are likely cleared. Assuming a drop larger than 90% indicates permanent removal of the crop, based on the FruitLook data it is estimated close to 200 fields were cleared over the course of the 2017-18 season. This accounts for close to 5% of all vineyards and orchards in the region. At the same time, almost no darker green fields are visible, meaning there were nearly no new plantings during the 2017-18 season. Adding to the difficulties stated above, there was no water available to producers for post-harvest irrigation. The combined effect of a decrease in productive area and the absence of post-harvest irrigation means the 2017-18 drought will be felt for years to come in this region.

Satellite-based data is extremely useful to assess the impact of droughts. The effectiveness of doing so is shown within this article: although the causes, effects and predictions on the 2017-18 drought made headlines throughout the Western Cape, satellite imagery shows the agricultural impact of the drought varied strongly between regions. In Groenland, sufficient water was available enabling the farming community to run a relatively normal season. In stark contrast, farmers in the Lower Olifants region were watching the sky for rainfall which never came. As the FruitLook data analysis shows the farms in the Lower Olifants region were severely impacted during the 2017-18 production season.

To live up to the challenges of the future, the agricultural sector needs to find ways to access more water, and at the same time irrigate more efficiently and with higher precision. More water might be accessed via expensive measures like the introduction of new dams, increasing the storage of existing ones and increasing groundwater abstraction reducing vulnerability to drought. Simultaneously, fresh water is ultimately a limited resource and the efficient use of water in irrigation is essential for a sustainable (agricultural) future. This is where tools like FruitLook can help. Now and in the future.