What’s up in Gauteng? 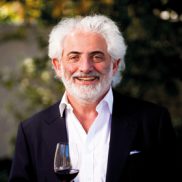 Producers need to spend time in Gauteng to engage, listen to and understand wine consumers. Wanda Augustyn talks to wine expert Michael Fridjhon about consumers in the north.

When wine producers think of the north they usually think Johannesburg, but there’s a vast untapped market out there waiting to be discovered. So should producers adopt a different approach when exploiting the Gauteng market compared with the Cape Town market?

“Wines have appeal to different segments of the market,” says well-known wine wizard Michael Fridjhon. “Cape Town for example has a stable consumer base and unsurprisingly a higher percentage of geeky consumers. Gauteng is a more dynamic market and accordingly has a higher percentage of consumers who set out requiring the comfort of brand. As they become more familiar with the vernacular of wine, they become less branddependent and more adventurous.

“It’s clear the two markets have their differences: Tens of thousands of new consumers to wine enter the Gauteng market every year. I know this because I see them. I’m not in a position to make a comparable statement about the domestic Western Cape market, but I sense it doesn’t have the same dynamism. Take the well-heeled international tourists in Cape Town out of the equation and I’m sure you’ll see the pattern I’m highlighting here.”

When asked about trends in the Joburg wine scene, Michael is more cautious with his views. ”The market is segmented by place, disposable income and familiarity with the wine vernacular. There has been a significant growth in the sales and distribution of geeky wine with several new wholesalers launching here in the past 18 months. There are also punters who unashamedly like their wines on the sweeter side and Sauvignon Blanc is still very much a summer beverage, as is fizz, especially Champagne rather than MCC. There has also been a marked increase in the number of wine bars. I think there’s clearly a growing interest in a more interesting offering in the by-the-glass range.”

With many Capetonians equating Gauteng to Johannesburg, should Pretoria be approached differently? “Without a doubt!” Michael says. “It’s a slightly more traditional market, but it’s also influenced by a large diplomatic community. It’s also worth distinguishing between East Rand, West Rand and Johannesburg’s northern suburbs. At WineX where we can track ticket sales through the Computicket kiosks. We know we get hundreds of visitors from as far afield as Vereeniging, Sasolburg and Boksburg. If you were to use Cape Town as a comparative benchmark, the market is way larger than you could possibly imagine. Wine sales at WineX Cape Town never topped R400 000. At WineX in Joburg they’re around R4 million.”

Michael believes the one area Cape producers should improve on when in Gauteng is time. “This market really needs more time investment. Gauteng is the biggest market in the world for Cape wine and worth more in litres to the average brand than the UK, Germany and US combined. The question producers need to ask themselves is how much time they spend in Gauteng compared with the combined time spent in these international markets.”

WHERE ARE SOME OF THE OTHER KEY GROWTH OPPORTUNITIES?

Just as you should regionalise Gauteng in terms of your thinking, you need to look at the growth markets of the provinces. For instance take Nelspruit with the lodges, tourism industry, the Mozambique corridor and wealthy retirees living on the eco-estates and Bloemfontein with its strong professional middle class built around the presence of the Appeal Court.

WHAT IS THE WINE INDUSTRY DOING WELL IN TERMS OF THE GAUTENG MARKET?

For a start, it’s beginning to discover it – with all its complexity. Not so long ago producers would make a flying visit, hit one or two top stores and high-tail it back to the winelands. There’s a much stronger producer presence here, but it’s still too focused on events rather than engagement.

HOW CAN PRODUCERS UNDERSTAND THIS GAUTENG MARKET BETTER?

By coming here, by talking to consumers and by listening to their responses. Don’t take the input from one or two traders as the sum total of reality, they’re representative of their particular segment only. This has to be done with an open mind. People still think that the Friday night at WineX is just a big party (most of the winemakers go home after the Thursday and leave their distributors to man the stands on the Friday night). They’ve misread the room. Friday night sees sales of over R1m to an entirely different, younger, buzzier, less corporate audience. They are part of the future of wine in Gauteng and they need to be understood.

HOW CAN WE SIMPLIFY THE WINE MESSAGE TO CONSUMERS?

It’ll be a long process because wine is seen as being inaccessible. The entry-level brands need to convey more information more clearly on the main label. Wine education needs support, wine needs to be demystified at a basic level so people acquire the confidence to start seeking out the complexity.

HOW DO WE GET THE CONSUMER’S UNDERSTANDING OF WINE TO THE PRODUCER?

Market research is only a small part of the solution. It comes from talking to people and discovering what they know, what they don’t know and like and don’t like. Attend more wine shows and go to places where you can engage with the consumers.

DO CONSUMERS CARE ABOUT THE STORY OF A WINE?

Only once the product has been de-mystified, but initially the story is part of the barrier to entry.

Fabulous people who are passionate about what they do. They are also versatile and self-sufficient with loads of individuality and self-belief.

The need to bridge the gap between itself and government. What has been achieved with virtually no government support has been extraordinary. Imagine what could be done by pooling resources.