Who moved my model? 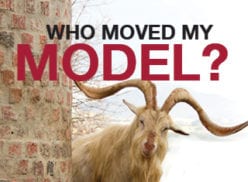 The number of wine producers in South Africa has dropped by 25% from 2007 to last year. The remaining 75% may have to consider new ways to survive and thrive in the changing world of wine.

In March the world’s biggest coffee shop chain, Starbucks, introduced rooibos latte at its 950 UK stores – and the traditionally tea-drinking Brits are lapping it up. With only nine Starbucks stores in the country, South Africans can be forgiven for missing the significance of this coup. To put how big a deal this move is into perspective, in May the world’s largest food and beverage company, Nestlé, paid Starbucks a staggering $7.2 billion (R88.2 billion) for the rights to sell Starbucks coffee products and use the Starbucks brand on its popular Nespresso and Dolce Gusto capsules.

These two deals demonstrate how various, even competing, business models can find a synergy to amplify their individual successes.

The most recognisable models in the wine industry are spread across the spectrum according to their volume traded and target markets and tend to fall into one of the following categories:

Producer cellars are the mainstay of the South African wine landscape and include the big players such as uniWines, Namaqua, Robertson and Du Toitskloof. In this model member growers deliver to a central cellar which bottles or sells in bulk to local and international buyers, including an increasing number of retailers who package it under their own labels. Because their clients typically control the shelf space, producer cellars have often been mostly anonymous heroes, but some have begun ramping up their own brands and outlets.

“We’re entering a cycle where product availability will be under pressure and supply security is of the utmost importance,” uniWines managing director Ferdinand Appel says. “Securing and expanding our source material is crucial.”

Although it’s spreading its wings, uniWines knows the dangers of getting sidetracked. “Diversification of income streams and markets is important, but not at the expense of losing focus,” Ferdinand says. “Aligning yourself with what the market wants should take priority. uniWines has a dynamic, flexible business model which focuses on strong relationships. A healthy client base is important to stay sustainable in the global wine industry.”

Ghost wineries such as Cape Wine Merchants have no vineyards or cellars, and focus instead on creating and marketing market-driven products. This model reverses the traditional approach by beginning with market research and letting the results determine the brand. Ghost wineries can therefore mix and match their products for various markets and price points at will.

“These brands are like ghosts, appearing and disappearing as trends or market opportunities change,” says Francois Bezuidenhout of Cape Wine Merchants, which owns brands such as Juno. This wine is acquired and shipped in bulk, but is still sold under the same label overseas. Without the advantage of terroir, this model relies heavily on innovative marketing and brand awareness.

Traditional models include historical, estate-based wineries such as Groot Constantia and Spier, although some don’t limit themselves to a specific place or product. They rely on their heritage to build strong brands around distinctive locations which allows them to focus on the quality of their vineyards. This model typically serves niche markets at higher price points. These wineries have the advantage of owning the entire value chain from grape to bottle, but lack scalability which limits growth and tightens margins.

The tourist model has become a distinctive feature of South Africa’s winelands and is a new way of infusing wine’s universal appeal with local flavour. Everyone, from small wineries to large producer cellars, has begun to appreciate the mutual reward of entertaining customers as guests and is adding or supplementing their cellars or tasting rooms with restaurants, venues, guesthouses and other activities.

“uniWines has invested in the specialist craft beer Wild Clover Brewery in Stellenbosch to expand its offering and in the medium term we’re developing a more tourism-centred facility at one of our cellars,” Ferdinand says.

Industry veteran Charles Back of Fairview seems to have perfected the tourist model. Knowing how to stay relevant and vibrant in a rapidly changing environment is the secret to sustainability, he says. “In the ’70s all you needed to attract tourists was a tasting room. But I realised wine on its own wasn’t enough to keep visitors coming back.”

Although Fairview is equipped to operate as a traditional estate, Charles eschewed the traditional model in favour of . . . well, everything else. He has farms in Darling, Malmesbury, Stellenbosch and Paarl that can supply him with grapes for any style of wine he’d like to make but instead he added cheese to Fairview’s premium line-up. The move was a runaway success and proved his recipe works. “All I’m really doing each time is ennobling an agricultural product,” he says modestly.

When he acquired the farm neighbouring Fairview, now called Spice Route, it became his incubator for new ideas and a model of diversification. He has invested in craft beer, chocolate, gin, rum – all run by third parties responsible for their own profit. “I don’t want a highly curated, homogenised experience,” he says. Friendly competition among the businesses in his stable is part of his recipe for success.

The race is on

A new wave of consumers has been shaped by a digital, globalised world. They’re used to choice and are thirsty for new knowledge and experiences they can take home with them. “There was a time when parents decided where to go for a family outing,” Charles says. “Today it’s the children who decide.”

It suits his model perfectly. His guests, as he prefers to call his visitors, care about the whole production. They value quality time, authenticity and transparency, all of which Spice Route provides in spades. With multiple opportunities for stimulating engagement at every level of interest, from casual to connoisseur, Spice Route is a veritable treasure trove of new experiences.

“The challenge is that things change so fast you can cease to be relevant very quickly,” Charles says. “It’s important to keep in touch with young people and be sensitive to what’s going on around you.” A diverse portfolio also makes a great tutor. “These products share the same DNA but serve various markets. Allowing them to cross-pollinate increases your chances of finding new common areas.”

Charles cites a recent example of how tourists can ensure the survival of the industry by providing an endless stream of inspiration, and why he believes being sensitive to and in sync with your surroundings are the most important skills for a business.

“Someone asked if there was space to sell flowers at Spice Route. Then Mother’s Day arrived and we used the opportunity to offer a special on flowers placed on the tables. You’ve sold something before the first person has even arrived. That opens up new opportunities – perhaps a job for someone to operate a flower stand on the farm.”

As we leave the Goatshed Restaurant on Fairview, Charles motions to a group of schoolchildren. A girl aims her smartphone at one of Fairview’s famous goats crossing the bridge overhead. “She’s going to send that photo to all her friends,” he says. “That’s tourism.”