Wine experts from across the globe judge at Veritas 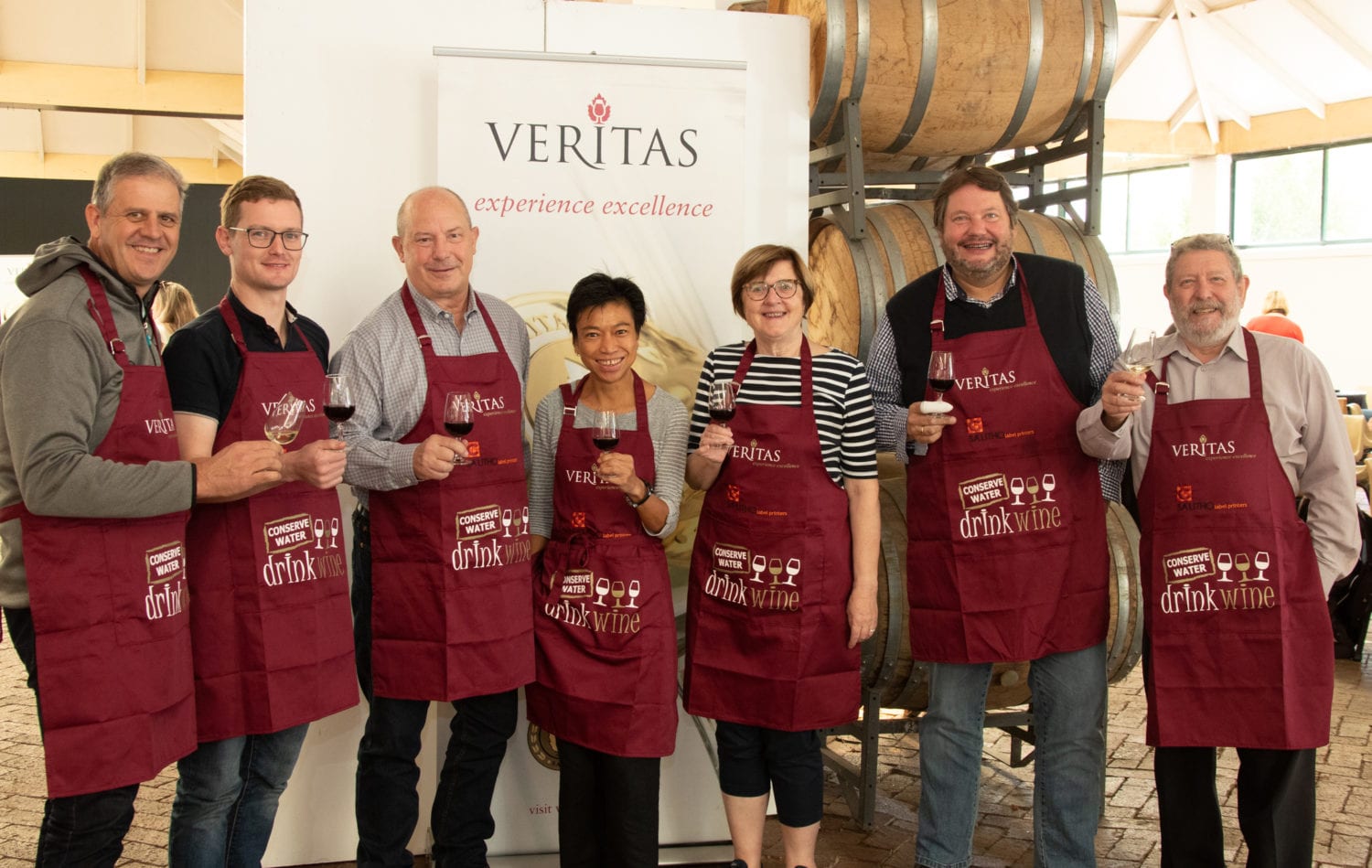 This week sees one of the highlights of wine and brandy judging on the South African wine industry calendar when some of the world’s most experienced palates arrive in Paarl to judge this year’s entries for the Veritas Awards.  This is the longest running and most prestigious domestic competition of its kind in South Africa, now celebrating 29 years of excellence in wine evaluation.

Some of the world’s leading judges, together with highly experienced local judges, are meeting at the Nederburg Auction Complex in Paarl to select the best wines and brandies to receive the sought-after Veritas medals and identify the Vertex Award winner as the top wine overall. The wines and brandies are being tasted over five days until Friday 20 September.

The international visitors Christine Austin and Joe Wadsack (both from the UK), Michael Franz (USA), Tersina Shieh (Hong Kong) and Jo Wessels (Germany) are joining forces with almost 100 local wine and brandy experts to identify the top products on show during this specialised blind- tasting.

Christine Austin from the UK is a regular visitor to South Africa. She has more than 20 years’ experience of wine writing for a number of publications, including The Yorkshire Post in northern England and The iWeekend, a UK national newspaper. She judges at various competitions internationally and has been a panel chairperson at The International Wine Challenge for quite some time. She organised the York Festival of Food and Drink, an annual festival with more than 150 000 visitors now in its 16th year.

UK-based Joe Wadsack currently co-hosts the British TV series BBC Food & Drink and is the new wine expert on This Morning on ITV1 with two other wine enthusiasts. Renowned for his brilliant palate, Joe studied wine in Bordeaux before working as a buyer at Waitrose and is now a consultant and public speaker. He is a regular international judge at wine competitions around the world, including the UK, South Africa, Australia, and Chile.

Michael Franz from Washington DC is a seasoned wine journalist of more than 25 years’ standing. He was a wine columnist for the The Washington Post for 12 years before co-founding his own on-line publication Wine Review Online of which he is the editor and managing partner, with more than a million viewers annually. He is also a freelance feature author for various national and international magazines. He judges regularly for numerous national and international wine competitions on all six continents.

Tersina Shieh, from Hong Kong, is a marketer turned winemaker who has made wine in the UK, Portugal, South Africa, China and New Zealand.  She strives to promote the wine culture in Hong Kong and China, inspiring the average consumer to appreciate and enjoy the product of the vine in a no-nonsense way. She contributes to several wine editorials and has judged at many international wine competitions. Tersina took a year off in 2017-2018 to make wine around the world, worked in nine wineries and visited even more wine regions. In addition to her winemaking qualifications, she also holds a MBA degree and is a chartered marketer.

Jo Wessels, who hails from Bloemfontein, has been living in Germany since 2015 when he started his studies in International Wine Business at Geisenheim University, furthering his understanding of the international wine trade and South Africa’s part therein. Parallel to his studies, he has been certified by the Court of Master Sommeliers and is currently working towards the German qualification of IHK Geprüfte Sommeliermeister and the WSET Diploma of the Deutsche Wein- & Sommelierschule. During this time he entered the Veritas Young Wine Writer of the Year competition in 2018 and took second place. He was the South African representative at the ASI Best Sommelier of the World competition in Belgium among 66 top sommeliers in April this year, after winning the Best Sommelier of South Africa Competition last year. Jo is currently the sommelier at the two star Michelin Restaurant Opus V in Mannheim.

The medal winners will be announced on Friday 11 October at the Cape Town International Convention Centre (CTICC), during a glamorous gala event sponsored by SA Litho.

In the past five years Veritas and the cork company Amorim SA have conducted research regarding the complete spectrum of wine faults. These tests will be continued at the tastings this week.

The managing director of Amorim SA, Joaquim Sá, says, “As partners to the South African wine industry, Amorim regards it as important to be involved with one of the industry’s leading wine competitions. Our role is a functional one where closure faults identified during the judging process are analysed by Vinlab laboratory services, allowing us to give feedback to wine producers on any relevant issues.”

“The aim of this is to improve communication and transparency and helping affected wineries and suppliers to take the necessary steps to ensure wines are presented in the desired condition. The Veritas platform allows us to achieve this and it is an honour to partner such a professional and inclusive outfit.”