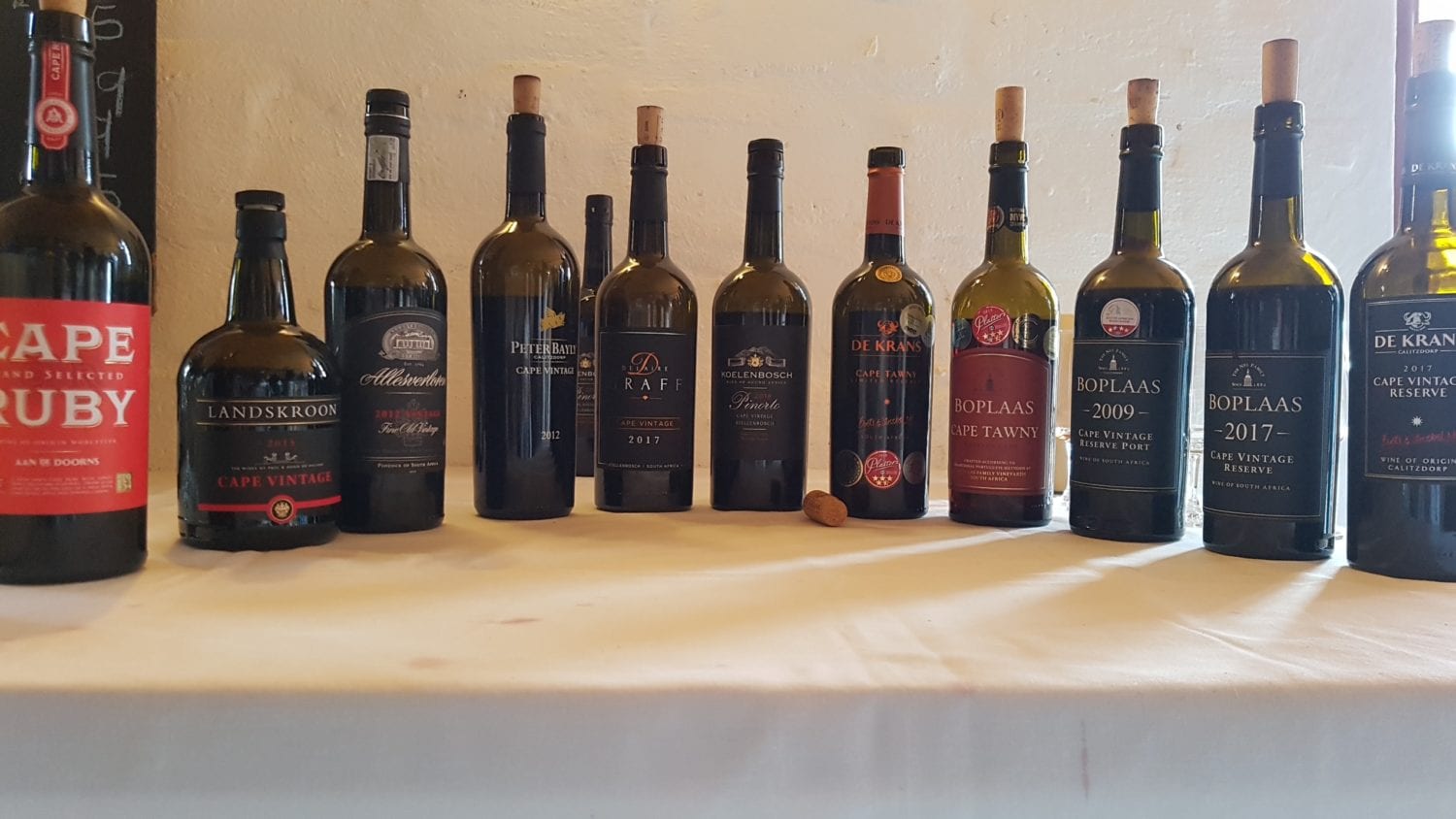 This year the Top 10 wines includes two white wines for the first time. The Boplaas Cape Portuguese White Blend 2019 – consisting of 83% Verdelho and 17% Sauvignon Blanc from the Klein Karoo which the judges stated showed expressive flower notes, creamy mouth feel with a lovely fresh acidity, all at a mere R60 p/b ex-cellar. The De Krans Tritonia Malvasia Rei/Verdelho 2018 – the Malvasia Rei originates from old vines – noted for its litchi, citrus notes with good acidity.  Both these wines can be enjoyed now and over 2020.

The CAPPA Top 10 Portuguese varietal table wines was dominated by a mere three cellars. Boplaas Family Vineyards topping the standings with 5 wines, De Krans with 3 wines and then The Fledge & Co. rounding it out with 2 wines.  The judges noted the quality of the single varietal Touriga Nacional with notes of brambles berries, violets and lots of spice, as well as the Tinta Barocca with more herbaceous characteristics and dry tannins.  They noted that the blends were well balanced showing exceptional ageing potential, with sweet spice & grippy tannins with those having Syrah in the blend showing the most harmoniou.  The Top 10 wines in alphabetical order:

The Fledge “The Clutch” Tinta Barocca 2018

The judges as always were impressed with the overall quality of the Cape Port-styled wines.  The Aan de Doorns Cape Ruby 2017 – a dated Cape Ruby – with its bright red berry fruit, balanced spice & sweetness was the only Ruby to win a spot in the Top 10.  Most entries in the Cape Ruby category were “dated” Ruby’s – a recent phenomenon.   Two Cape Tawny’s cracked the nod, with Boplaas Family Vineyards Cape Tawny and De Krans Tawny Ltd Release both N/V made it in the Top 10 with the prominent dried apricot, stewed plum, toffee and nutty undertones noted by Raymond Noppe CWM commenting that both were  “classic examples”.

The Cape Vintages especially the 2017 and 2018 examples were marked by their dark inky colour with exceptional freshness, juicy and youthful fruit and strong grippy tannins that will stand the test of time.

Commenting on the results, Christine Rudman remarked that there was an improvement in certain categories over the past few years; especially the red wines produced from Portuguese varieties, showing gentler handling in the cellar and were bound to be lovely food wines.  She noted that the Cape Vintage class was the stand-out category, where there was focus and energy with a refined styling and balance between power and suppleness, with very long ageing potential.  The Museum Class seemed to affirm this sentiment, as she remarked that the wines were still in perfect condition, showing no decline at all – and in fact they still had a good future ahead!

Although this is a niche category, there is much to be proud of for the producers of the wines from these hardy Portuguese varieties.