Writing on the wall for haphazard finances – Deloitte benchmarking study 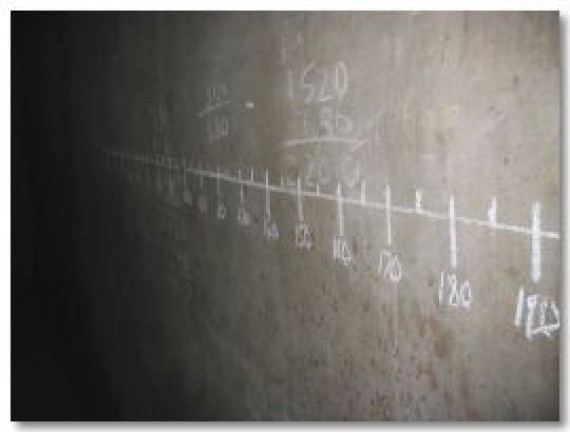 Of all South African wineries that have a revenue of less than R25 million, 36% are making a loss. And among those wineries that have a revenue of R25 – R90 million, 25% are making a loss. These are some of the startling insights on the industry offered in a benchmarking study released by Deloitte. The annual financial benchmarking study for the South African wine industry is a Deloitte initiative, modelled on a study completed in Australia five years ago. The Australians, in turn, based their study on a similar venture that profiled the financial performance of the US wine industry biennially over the past decade.

In a first for the industry, the study, titled “Winning Strategies in the Wine Industry,” reveals the competitive gaps between South Africa and Australia. Deloitte audit partner Michael van Wyk regards the difference in advertising spend per case of wine, as one of the most revealing statistics offered by the study. A South African winery in the category with revenue less than R25 million spend an average of R15,12 per case on advertising, whereas a winery in the same category in Australia invests the equivalent of R25,28 on average per case on advertising. In the category for large wineries, the South African spend is R5,51, compared with Australia’s R10,61. One can therefore confidently state that Australian wines receive almost double the amount of advertising investment per case of wine that South African wines do.

Michael believes that this explains much about Australia’s success, and the country’s ability to project a unified image and front as a winemaking country.

As a key financial ratio, profitability is also a very revealing statistic in the study. Small wineries in both South Africa and Australia are struggling to absorb their fixed costs per case. In South Africa the profit per case of a small winery averages R12,56, whereas the Australian small winery takes a profit of R20,47. Lager wineries are in a slightly stronger position, especially in Australia, where the profit per case is an average of R86,97. When this figure is compared to the South African R32,54 profit per case, it becomes clear that the Australian efficiency and cost control in larger wineries are much higher than those locally.

The one drawback of the Deloitte study is the fact that only 25 wineries participated in this year’s survey, and those were almost exclusively situated in the Boland region. Michael compares it to Australia, which also had a small beginning.

“We believe that some producers still believe they have to safeguard their competitive position.” Deloitte guarantees confidentiality, and envisages that the study will grow as producers realise how valuable benchmarking feedback can be.

In Australia, five years after initiating the study, participation increased by 50% in 2002 – 2003, mainly attributed to the Federal Government’s subsidisation of the participation fee for small and medium wineries.

Many participants in the newly launched South African survey have indicated that a robust analysis of the financial and competitive performance of the South African wine industry was long overdue.

Michael emphasises that South Africa might have an old wine industry, but it has a very young wine business culture. A study such as this one could enable producers to fine-tune their financial and information systems, and assist them in making intelligent business decisions.

Some of the key findings are:

The Cap Classique Producers Association has re-positioned its marketing objectives to highlight the importance of time in the making... END_OF_DOCUMENT_TOKEN_TO_BE_REPLACED

The South African wine industry acknowledges the greater understanding from government with the announcement of the latest excise duties... END_OF_DOCUMENT_TOKEN_TO_BE_REPLACED

The wine industry body Vinpro recently appointed Dr Langelihle (Langa) Simela to its board to provide strategic insights into... END_OF_DOCUMENT_TOKEN_TO_BE_REPLACED
Go Back
Shares