Clean and green at Vergelegen on World Environment Day 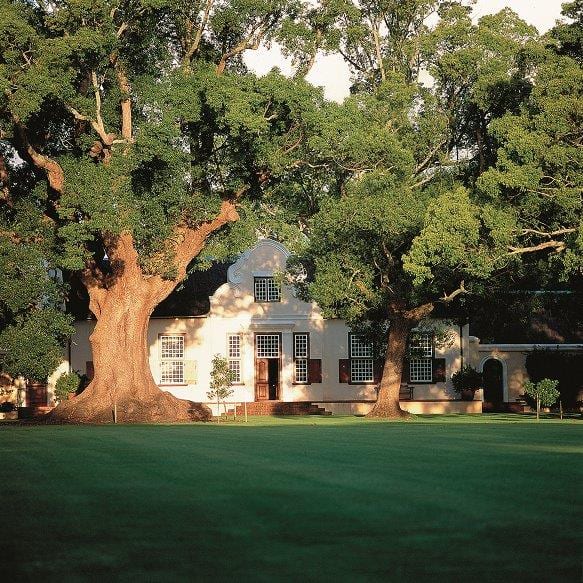 World Environment Day 2019 takes place on Wednesday 5 June, with a focus this year on clean air and limiting air pollution. For families keen to enjoy the great outdoors, one of the easiest and most enjoyable ways to do so is to visit Vergelegen wine estate in Somerset West.

As trees clean the air, absorb CO² and filter pollutants, we’ve compiled a list of some of the 319-year-old estate’s most spectacular trees, and where they can be spotted on a day out in the country. All locations are clearly signposted.

Take a drive: Liquidambars (sweetgum) are some of the first trees you can spot, as younger specimens have been inter-planted with the oaks along the entrance drive. In autumn their leaves turn striking shades of red, yellow, orange, pink and russet.

The Big Five: Vergelegen has five enormous camphor trees (Cinnamomum Camphora). Planted by former Cape governor and Vergelegen owner Willem Adriaan van der Stel  between 1700 and 1706, they were proclaimed national monuments in 1942 and should live for another 150-200 years.

Camphor forest:  Seedlings from Vergelegen’s ‘Big Five’ have been sourced to create a shady camphor forest. Site of the estate’s summer picnics, this is also a great place for children to explore in the autumn.

Historic yellowwood: Vergelegen is the home of an Outeniqua yellowwood, estimated to be 150-400 years old. It’s an easy walk from the homestead, and is a majestic sight.

Spot some old oaks:  A hollow old English oak, about 300 years old, is believed to be the oldest living oak in Africa. Relax on the nearby bench to view it, then walk to the Royal Oak. This oak was planted decades ago when the estate was owned by Sir Lionel and Lady Florence Phillips, friends of the Duchess of Marlborough.

Its history is fascinating: The duchess gave Sir Lionel an acorn that was one of the last from King Alfred’s mediaeval oaks at Blenheim Palace in Oxfordshire. This acorn survived the sea trip from the UK to the Cape in the 1920s and duly grew into a giant oak.  Since then, acorns have been taken back to England for planting in Windsor Great Park and Blenheim Palace.

After this, progress through the East Garden to the oak arboretum. It has about 15 oak varieties and helps to conserve pure oak species, as the estate’s frost-free climate suits their propagation.

Marvellous mulberry: Vergelegen boasts an ancient specimen of white mulberry (Morus Alba) that is the only surviving relic of van der Stel’s attempt to start a silk industry at the Cape. This white mulberry has renewed itself over and over again as the old trunk has grown and produced branches that flop over and take root.

Camellia Garden of Excellence:  The estate has numerous camellia trees that comprise South Africa’s first and only International Camellia Garden of Excellence – one of only 39 such gardens in the world, and the only one in Africa. There are about 1000 specimens comprising about 550 cultivars, many of them decades old.  You can spot the lovely white, pink and red varieties through winter to early spring.

Marvellous maples: About 50 different varieties of maples (genus: acer), sourced from nurseries around the country, have been planted in the gardens.

Go Ginkgo: Two ginkgo tree saplings, grown from seeds of a 300-year-old tree that miraculously survived the 1945 Hiroshima bombing in Japan, have been planted on behalf of the Green Legacy Hiroshima (GLH) initiative. These trees not only represent a message of hope and renewal, but also mark the start of an ambitious initiative to develop an extensive arboretum at the estate.