The winners of the 9th Diageo Responsible Drinking Media Awards (RDMAs) were announced at an awards ceremony held at Four Seasons Westcliff Hotel in Johannesburg on 3 October. Hosted by 702 Talk Radio host, Eusebius McKaiser, the RDMAs recognised journalists and media for their efforts to positively influence perceptions and habits related to the irresponsible use of alcohol.

“The RDMAs had a record number of entries in 2019 and we want to thank each and every journalist for creating such valuable and influential content. These awards are meant to acknowledge their efforts, and to encourage the media to place the issue of alcohol use and misuse high on the public agenda, amid other competing social issues in SA,“ says Sibani Mngadi, Corporate Relations Director of Diageo South Africa. 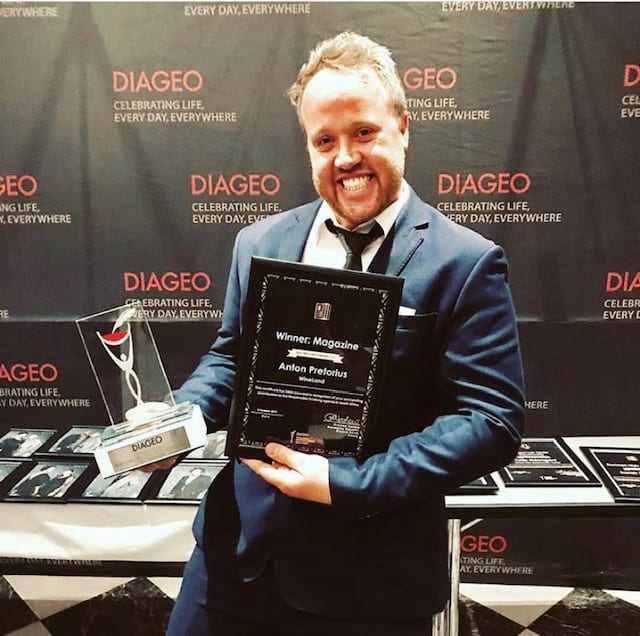 Best Magazine went to Anton Pretorius for his article in WineLand, “Everything in Moderation”. This article looked into the growing trend among millennials and the younger generation to abstain from alcohol, or at least be mindful about how they drink and what they put into their bodies. “My award for ‘Best Magazine’ has motivated me to write articles that can change the narrative in South Africa when it comes to mindful alcohol consumption,” Anton commented.

To encourage public involvement, Diageo SA opened up all the finalists to a public vote on Facebook. Reginald Witbooi from the SABC TV took the trophy, being selected as the winner of the Consumers’ Choice Award.

The winner of each category won R15000 and were publicly acknowledged for their efforts to help combat alcohol abuse in South Africa. For more information on the awards and how to enter next year, visit www.diageo.co.za/en/rdma.