An unwooded Sauvignon Blanc from Flagstone Wine Cellar in Somerset-West clinched the coveted General Smuts Trophy as overall SA Champion Young Wine for 2019, after also being crowned as the best entry in the Sauvignon Blanc category at this year’s SA Young Wine Show. This year’s show for wines of the specific vintage year, drew 115 Sauvignon Blanc entries among the total 1 455 wines judged. This was the fifth time in the competition’s 187-year existence – the oldest of its kind in the world – that a Sauvignon Blanc won the laurels as the 68th winner of the General Smuts Trophy.

The competition’s altogether 19 SA Champion Wine trophies, including the Pietman Hugo Trophy for the highest points with five entries, were awarded as usual at a prestigious gala dinner – this year (24 August) at the Angora Stud venue outside Bonnievale and presented by Robertson Wine Valley in collaboration with JF Hillebrand and Agri-Expo. Altogether 49 wines were named as Class Winners and 99 received Gold Medals.

The winner of the Pietman Hugo Trophy was Badsberg Wine Cellar from Breedekloof, which as producer cellar demonstrated its versatility among entries from a wide spectrum of origin areas and cellar types – like small private cellars, estates, producing wholesalers and large producer cellars.

The total number of entries was 1 455, slightly down on last year, taking into account the relatively small crop due to challenging dry and warm weather conditions. These resulted in uneven ripening, fewer and uneven bunches and smaller berries from certain cultivars. These circumstances were, however, well handled by the wine grape producers and winemakers.

The Sauvignon Blanc and Chardonnay wines were described as particularly fruity, while the quality of Chenin Blanc – which at 152 drew the most entries – varied in both the wooded and unwooded departments. The seven Gold winners stood out well above the rest, according to panel chairperson Albertus Louw, while 66 won Silver, displaying good fruit, ripeness and balance. 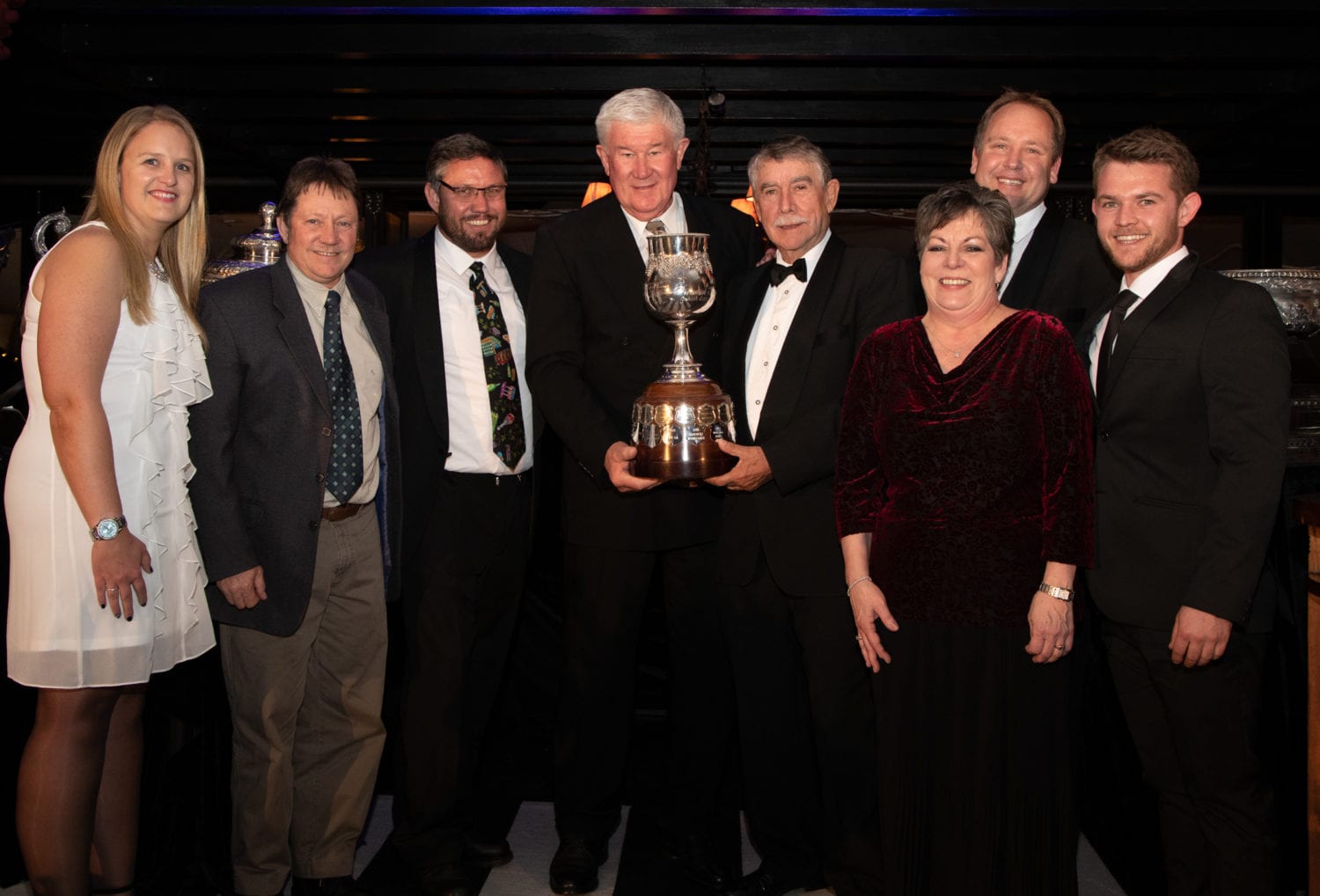 Among the reds, the blends (125) showed good potential. “Despite the challenges the wines had deep colour and concentration. There was purity of fruit with balanced acidity and tannins were firm yet not aggressive,” said Samantha de Morney-Hughes, convener of one of the red blends panels.

Shiraz, the red cultivar with the highest entries (117) once again showed particular style diversity and the general quality was good, with their wooded styles faring the best. The Cabernet Sauvignon (96) surprised the judges with excellent quality, flavours, freshness and balance – despite the challenges.

The 130 judges involved  – who for the first time in the history of the Young Wine Show did the complete tasting literally inside a wine cellar, namely Nederburg in Paarl – also noted that the trophy winners are increasingly bottled as such rather than ‘losing their identity later by further blending’. 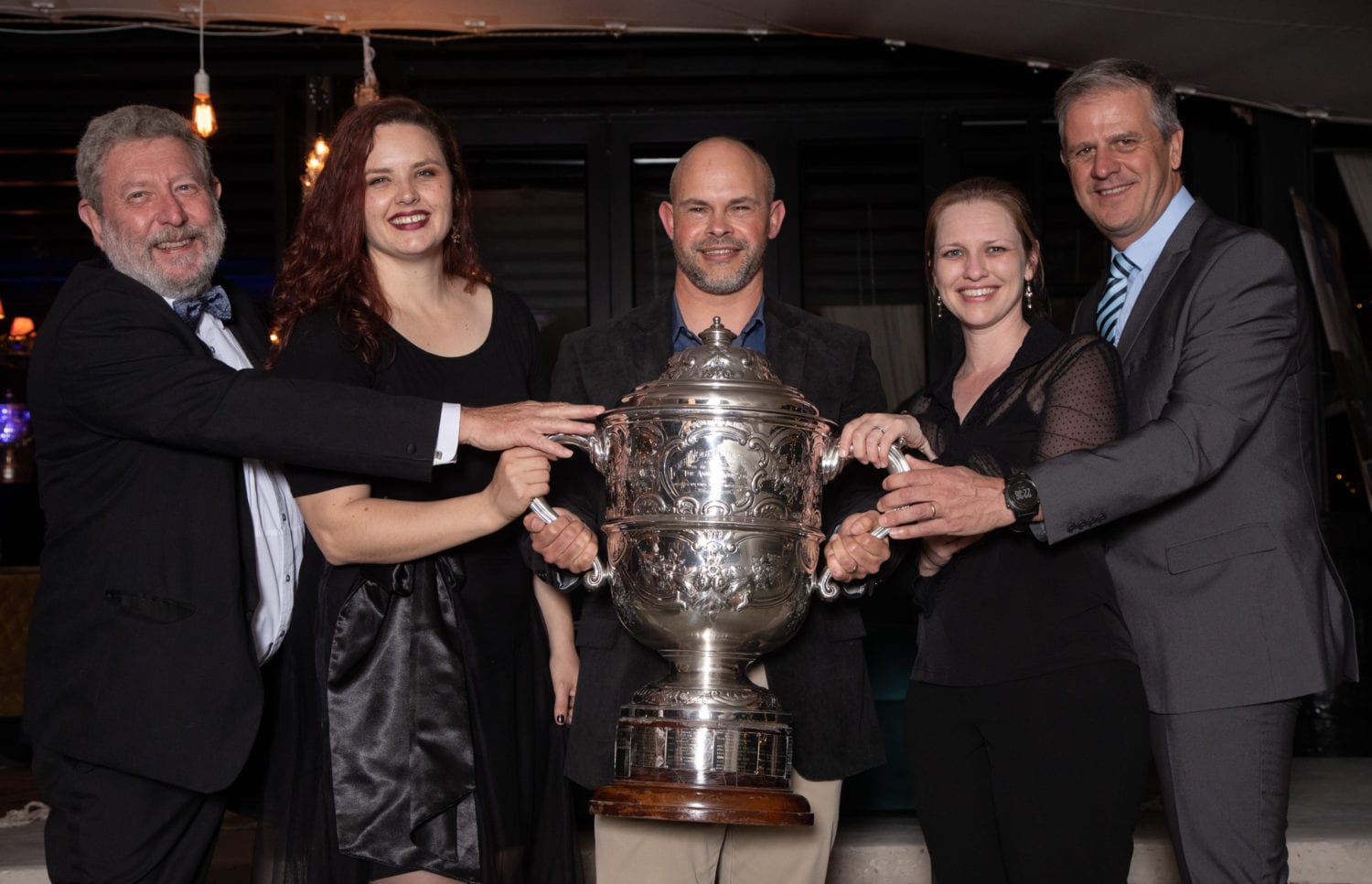 The coveted Generaal Smuts Trophy for the best wine at the SA Young Wine show was won by Flagstone Winery in Somerset West for their 2019 Sauvignon Blanc. Holding the trophy with the triumphant winemaking team of Flagstone is Bennie Howard (Vice Chairman of the Show), Willene Bester, Cellar master Gerhard Swart, Mia Boonzaaier and Christo Pienaar, chairman of the show.

With regard to this year’s total results, Flagstone’s overall winner triumphed over another finalist in the Sauvignon Blanc Category, namely a wooded entry from Cilmor Winery, Worcester. This was the second time Flagstone walks away with the General Smuts Trophy after also achieving this in 2010 with a Sémillon. Since 2013 the overall champion can also boast a special sticker on the bottle to stand out at sales points.

Another star of the show with two national winners was Benguela Cove Wine Estate (Walker Bay), with the SA champion Cabernet Sauvignon (wooded) and Merlot (wooded). 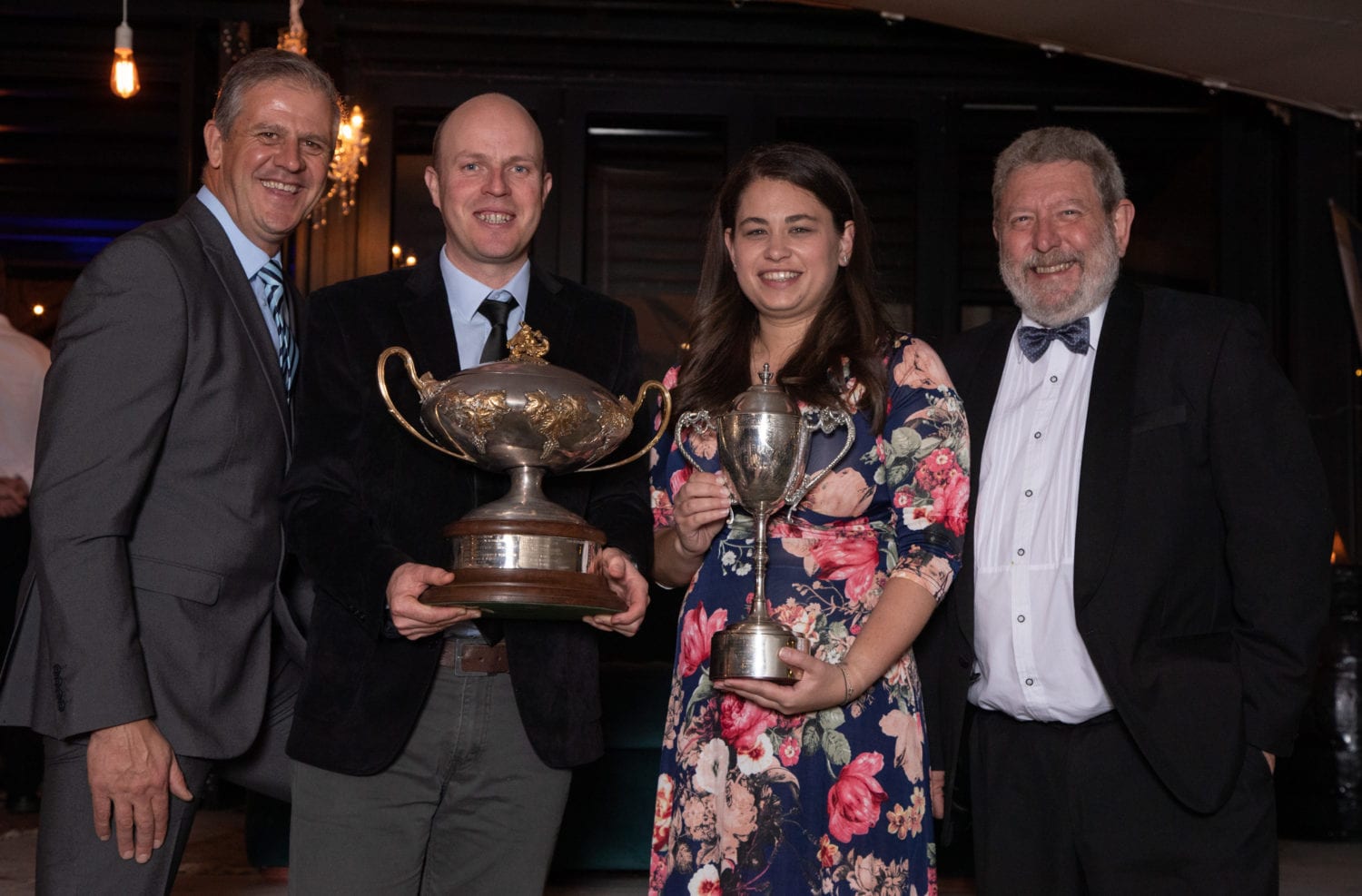 The other SA Champion wines are:

The other finalists in the various categories were (among still wines a wooded and unwooded wine are usually named as respective finalists):

The Chairperson of the Young Wine Show, Christo Pienaar, said despite another difficult year due to challenging climatic conditions and uneven ripening during harvest time, the quality of the young wines judged was of excellent quality thanks to smart handling in the vineyard and cellar. He was also impressed that the SA Champion wines are from across the country’s wine producing areas and diverse cellars.

The SA Young Wine Show dates back to 1833 when the first show was held in Rondebosch by Cape of Good Hope Agricultural Association (now Agri-Expo). After all these years, Agri-Expo is still the proud presenter of the Show, every second year as main sponsor, and joint sponsor in alternative years.