The initiator and instigator for the submission to UNESCO in the gastronomy category was Darryl David, the Director of the successful Overstrand Hermanus bid for UNESCO City of Gastronomy status and lecturer at UWC (University of the Western Cape). David commented: “It was with great pride when I heard that Hermanus Overstrand had become not only South Africa’s, but Africa’s first UNESCO city of gastronomy. This recognition is not only for Hermanus, but the entire Overstrand Municipality which includes Hawston, Pringle Bay, Rooiels, Stanford, Betty’s Bay and Kleinmond. I’m thankful to the Mayor of the Overstrand Municipality for his enthusiastic support of our bid, and for the benefits this will bring to the area.”

David continues: “There were many who gave much of their time and support for this bid, including TV personality Tracy Going, and local Hermanus enthusiasts Tania Fourie, Frieda Lloyd who heads up Whale Coast Tourism, and Carolyn Martin of Creation Wine Estate, who was a pillar of strength throughout the entire bid and gave me a crash course in the world of gastronomy. I love Hermanus and believe it is one of the great little cities on the planet, and I want people from around the world and in our own country to share in the beauty and the fine food and wine of this remarkable region”.

Carolyn Martin of Creation said that in recognising this achievement for Hermanus Overstand, “ Gastronomy is all about celebrating our pristine environment and all the exceptional local produce in our area which includes and supports so many dedicated people in our community. This includes our local fishermen, our cheesemakers and producers, our wine estates and winemakers, our wheat farmers and their organic flour mills, our livestock farmers for dairy and meat, our farmers of organic flowers and vegetables, and our charcuterie. And then we have our gelato producers, our beekeepers and honey shops, our local chefs and restauranteurs, our brewers, our artisans who produce specialities for The Hermanus Country market, our community garden and food projects, and the Grootbos Nature Reserve. The block chain effect of using local produce has a massive impact on our local economy in a positive and sustainable way”. 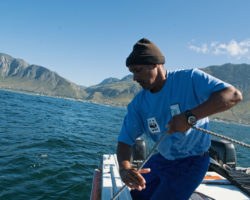 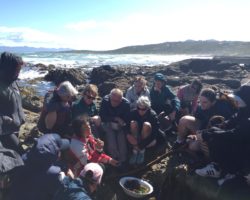 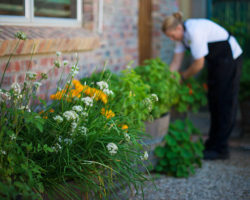 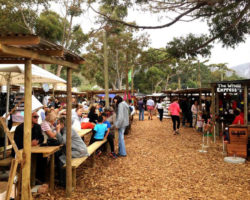 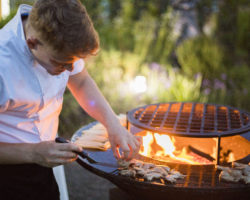 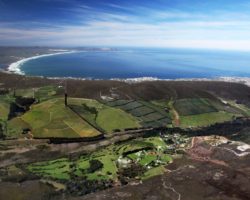 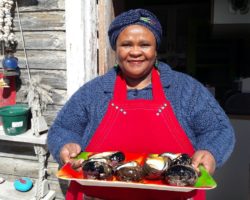 Frieda Lloyd of Whale Coast Tourism remarked ”Joining the UNESCO Creative Cities network is a big win for the stretch of South Africa’s southern coast from Rooiels to Kleinmond, linking Hermanus to Stanford and Buffeljagsbaai just beyond Gansbaai. The international recognition this region has been given as a centre of culinary excellence, sustainability and creativity is not just a win for the Overstrand, also known as the Cape Whale Coast. It is a win for the fishermen, the pancake bakers, the winemakers, the chefs, the beer brewers, the distillers, the gourmands, the farmers, the coffee roasters, and those who pick the fruit, stir the pot, and plate the food.”

And from well known chef in Hermanus, Shane Savage of La Pentola, who said that he was proud to be among the chefs, farmers, fishermen and winemakers who “through passion and innovation provide an environmentally driven table and hospitality culture in Hermanus which celebrates local produce, creativity, skill, nature and sustainability while also supporting a flourishing, vibrant and integrated community. This accolade, he said, “is recognition of our combined efforts and aspirations to be a world class culinary destination”.