De Grendel owes its name to the Dutch word for ‘latch’. As early pioneers were leaving Cape Town, they frequently relied on the Tygerberg Hill, where De Grendel is situated, as a point of reference to navigate out of the city. “De Grendel van de Tijgerberg”, as it was known, thus was the latch that opened up the interior of the country.

But the name is also apt for another gateway to the past and future – a rich trove of family stories. Sir De Villiers Graaff, managing director of De Grendel Wines and fourth generation to bear the hereditary title of baronet, explains that these stories have become an integral part of the estate’s branding and marketing. “Each of our black label range of wines has a story with historical significance,” he says.

And then there was wine

The practice of naming wines after pieces of the farm’s history started with Sir David Graaff (third Baronet) when the estate began producing wine at its own cellar. The first family reference was an easy choice for his passion project, named after Sir David’s wife, Lady Winifred Graaff. The Winifred was launched at the official opening of the cellar in 2006.

The plot soon thickened. The cellar’s exclusive Bordeaux-style blend, the Rubaiyat (first released in 2009 from the 2006 vintage), was inspired by a prized translation of The Rubaiyat of Omar Khayyam, which the first baronet had acquired sometime between the two World Wars.

And in 2007 Sir David launched the famed Koetshuis Sauvignon Blanc. Its name harkened back to his grandfather Sir David (first baronet), who bought the farm in 1891 to stable his prized Arab horses and keep Friesland cattle. The coaches for his horses were kept on a hillside coach shed near the manor house, the Koetshuis.

“The family’s history dates back to the 1800s when Pieter Hendrik de Villiers set out the town of Villiersdorp, and when Novbertus Graaff eloped with Annie de Villiers,” expands Sir De Villiers. “That’s six generations of history, and each generation has a story or more to tell. This includes three generations of political service.”

Many of the stories were passed on through word of mouth and are contained in Sir De Villiers’ autobiography, but Sir David had also commissioned a biography on the first baronet. “There are many stories still to tell,” says Sir De Villiers. “Like the story about my grandfather escaping from a POW camp in Germany. He only returned from World War 2 in 1945, when my dad, born in 1940, met his father for the first time.”

Cellar master Charles Hopkins has been making wine for the Graaff family since 2004, when he was still at Graham Beck, and is quite the storyteller himself. “I grew up in Bredasdorp, and if I recall correctly I was about 5 or 7 years old when my father told me one day about the Graaff family and specifically Sir De Villiers Graaff [current owner’s grandfather and politician],” says Charles. “My father had described him as a true gentleman. Not in my wildest dreams could I imagine I would become a winemaker and one day work for the Graaff family. Unfortunately, I never met Sir De Villiers, but from his son David, grandson De Villiers and after having met other family members, I can say the gentlemen gene is strong in the Graaff family.”

Can South Africans expect a wine called ‘The Gentleman’ soon?

There’s a thirst in the market to connect with something accessible, relatable and deeply rooted. “I think there’s a group of clients who like history and an authentic farm/family feeling,” says Charles. “The Graaff family is synonymous with Cape Town, and as a working farm kind of in the middle of the Cape, De Grendel has something really special going.”

“We’re building a brand linked to tradition, quality, farm and family, grounded in good manners and to fairness.”

Telling its story through world-class wine is De Grendel’s responsibly way of building a durable brand for posterity. De Grendel marked its tricentennial in 2020, a trying time sure to deliver memorable stories for many years to come. 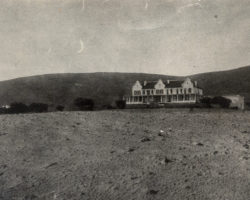 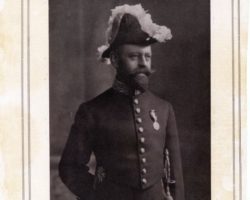 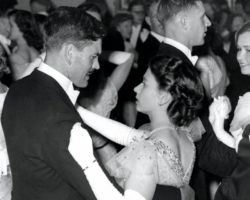 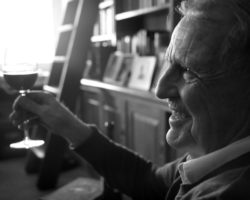 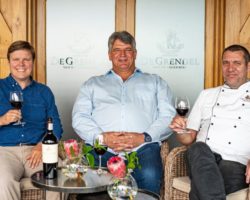