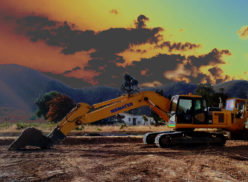 The Jakes Gerwel Entrepreneurial School will soon swing its doors open. This modern two-stream technical school with cutting edge e-learning facilities and a master plan for 1 200 learners is the realisation of a vision and dream from the people of Bonnievale to heal a total community from a legacy and lifestyle of brokenness and lacking self-worth.

Named after Prof Jakes Gerwel, a resilient mediator and peacemaker, this new school will not only accommodate the numbers of the poor, but it will be a high school of excellence in a 12 hectare spacious campus-like atmosphere, with top facilities and inspirational leadership.

“Most learners from Bonnievale come from under-resourced backgrounds, fatherless homes and broken family structures,” says Philip Jonker, one of the people closely involved in making this dream alive. “Secure character is what made Prof Jakes Gerwel a world changer behind the scenes and apt role model. In this school our first priority is to invest in the character of the learners. We do not only want to broaden their vision. We want to broaden their shoulders too.”

It was, however, no easy task. A vision team if fifteen community members from diverse backgrounds formed the interim governing body. Although diverse the common denominator in them all is a positive transformative spirit to heal South Africa from community level, from its roots. To fund this vision the JGE Funding Trust was formed. The trust collaborated with the Western Cape Education Department who funds 40% of the establishment cost and finances the majority of educators.

Yet R55 million rand had to be found from the community and private sector, and the team were tasked to not only raise the funds, but also to manage the building project and to commit to help govern the school in the long run. Added to a long list of practically impossibilities, was the fact that there was a timeline set of just more than one year before the school had to be operational.

Luckily vision sparks hope, positivity is infectious and sacrifice is inspirational. In awe inspiring harmony the whole community worked together to change their future. By August 2017 the team had raised more than R41m, mainly in the form of local contributions and free or discounted professional services.

Today the Jakes Gerwel Entrepreneurial School is being constructed and an amazing vision is swiftly becoming a reality. Twelve hectares of beautiful vineyard land were identified which was made available to the trust for development of the school. The team had a clean canvas to plan the school on and decided on a modern technical school with cutting edge e-learning facilities. The reality is that a large proportion of the learners do not have the means or support to advance to tertiary education, thus a two stream school is created, one stream to produce professional engineers, architects and agro-scientists, and another stream for technical artisans. 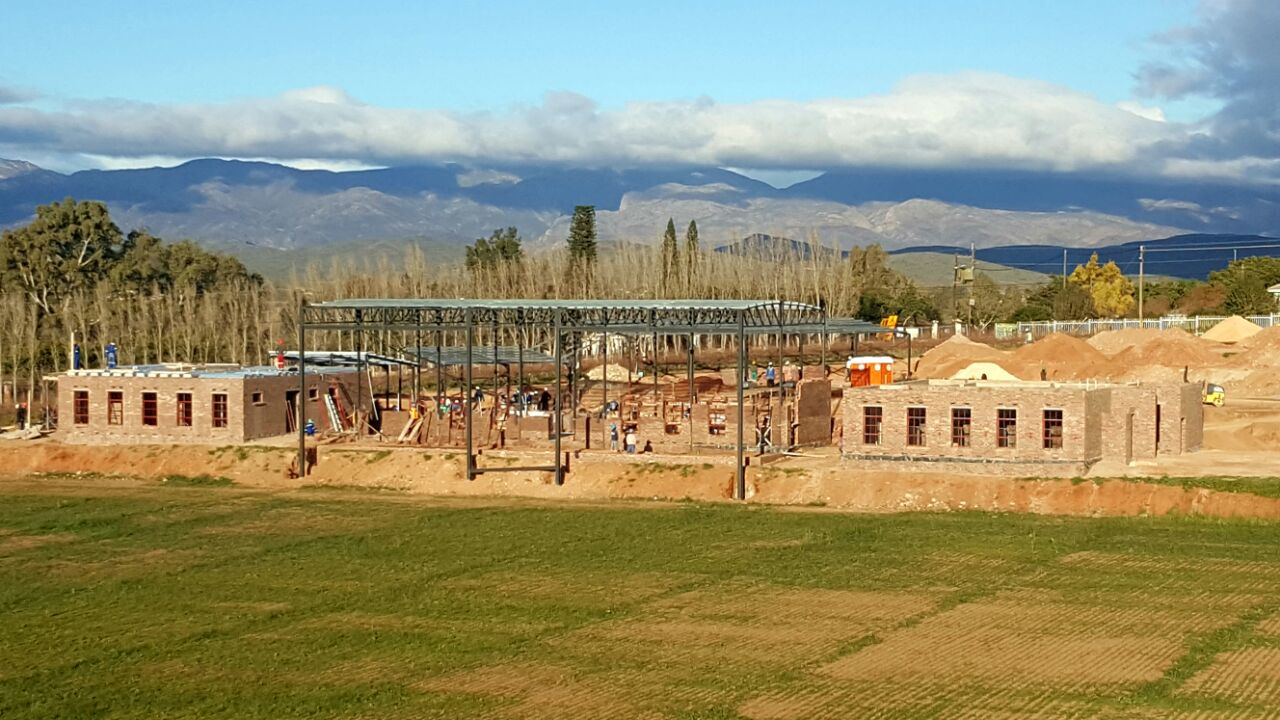 The team left no stone unturned to raise sufficient funds in time, while they worked tirelessly to get the job done with the little they had in hand. The architect, civil engineer, electrical engineer, mechanical engineer, land surveyor, attorney, land use consultant and project manager were all willing to sacrifice professional fees and to work pro bono towards this vision.

Local people from the community offered their time and sweat after hours to take out vineyards in order to stay ahead of fourteen earth moving machinery offered free of charge by a local earth moving company who was asked to move 25 000 cubic meters of rocky soil.

They had to prepare the footprint for the three sports fields, eight lane athletics course, five netball/tennis courts, and buildings. Shoulder to shoulder people from all ages and cultures in Bonnievale joined forces to work after hours in inspiring harmony. Private donations were made, farmers and businesses bought in, trusts gave money and local building contractors worked together on very favourable terms and are willing to sacrifice profitability for this vision.

“The doors of JGE open in January 2018 and the laughter of the first 240 learners will be heard on the school grounds. We are about to see what we believe. In retrospect all the seemingly impossible factors will simply give depth to this beautiful story of hope.”