Potassium polyaspartate – the most effective additive for tartaric stabilisation

The focus of the recent European research project at Stabiwine, was the ‘Use of biopolymers for sustainable stabilisation of quality wines’. This research project lead to the discovery of a molecule with interesting stabilising properties, a first in both the winemaking and the food industry, namely potassium polyaspartate (KPA).

One of the biggest reasons a wine consumer will reject a wine is upon finding potassium bitartrate crystals (KHT) in the bottle. There are various methods that can be used during the winemaking process to reduce tartrate precipitation in bottled wines. Some techniques are considered “subtractive” and involve reducing the concentration of tartaric acid and/or potassium in the wines. Other “additive” techniques make use of protective colloids or crystallisation inhibitors that can be added to the wine. Currently metatartaric acid (AMT), carboxymethylcellulose (CMC), mannoproteins and Gum Arabic are the only additives that are permitted and used for tartaric stabilisation. Metatartaric acid is considered the most effective stabiliser available on the market, however, it loses its protective effect after a few months. CMC is more effective over a longer time frame; however, it can lead to colour instability in red wines unless it is used with a certain type of Gum Arabic (Acacia verek). Mannoproteins are also known for their positive sensory effect, but have a less stabilising effect than metatartaric acid and CMC. In general, “additive” techniques are more respectful to the sensory qualities of wine, are more environmentally friendly and cost less than “subtractive” techniques.

KPA underwent three years of in-depth study to better understand its potential for winemaking, including all chemical and toxicological aspects related to this molecule. The positive results in efficacy used in tartaric stabilisation of wines, combined with the safety for human consumption allowed for its approval by the OIV. The OIV authorised the use of KPA in the OIV Resolution 543/2016 and Enartis has since developed Zenith™, a liquid KPA-based product. This article summarises the main results obtained from the different wine treatments with Zenith™, AMT, CMC and mannoproteins.

KPA is the potassium salt of a polyamino acid produced from L-aspartic acid. The KPA used to make Zenith™ is a polymer with a medium molecular mass of around 5 kDa and has a negative charge at wine pH. Its negative charge allows the molecule to bind K+ ions in the wine and thereby inhibit the growth of potassium bitartrate crystals.

The tartaric stability of wines is evaluated using refrigeration and conductivity tests. During the refrigeration test, the samples are micro filtered through a 0.45µm membrane and then stored at -4°C for six days. The wines are considered stable if no crystal formation is found after this cold exposure. The conductivity test measures the reduction of electric conductivity in the wine (ΔμЅ/cm) after the addition of 16 g/ℓ of KHT and cooling to 0°C for 30 minutes with continuous agitation. The wines are considered stable if the conductivity variation is less than 30 ΔμЅ/cm.

Figure 1 shows the results of the conductivity tests done on white and red wines treated with 10 g/hℓ of CMC, 10 g/hℓ of metatartaric acid or with Zenith™ at a dose equivalent to 10 g/hℓ of KPA. For the red wines, CMC was used together with a Verek Gum Arabic to prevent colour precipitation. These results demonstrate that the stabilisation capacity of Zenith™ is comparable to that of metatartaric acid.

The longevity of the stabilisation effect was evaluated using a conductivity test after a thermal treatment at 40°C over 14 days. The wines treated with Zenith™, CMC and mannoproteins remain stable even after this extreme treatment, unlike the wines treated with metatartaric acid which is not stable long term (Figure 2). The first tests were conducted in 2013 and these wines have remained tartrate stable proving the efficacy of KPA in the long term. In the pursuit to better understand the long-term effect of KPA over time, these treated wines are continually being monitored.

FIGURE 2. Duration of the stabilisation effect. Mini-contact test after thermal treatment at 40°C over 14 days. The wine is considered stable when ΔμЅ/cm < 30.

The interaction of the stabiliser with the colour pigments was assessed by storing the red wines treated with metatartaric acid, CMC or Zenith™ at -4°C for three weeks. These extreme conditions were chosen to maximise the difference in the reactions of the additives used. The effect on the colour pigments was evaluated as a (%) difference in the optic density of the red colour (OD 520nm) in comparison to the control wine.

Metatartaric acid and Zenith™ had a minimal effect on the colour pigments (Figures 3 and 4), whilst the use of CMC without the addition of high molecular weight Verek Gum Arabic lead to a notable precipitation of colour pigments. 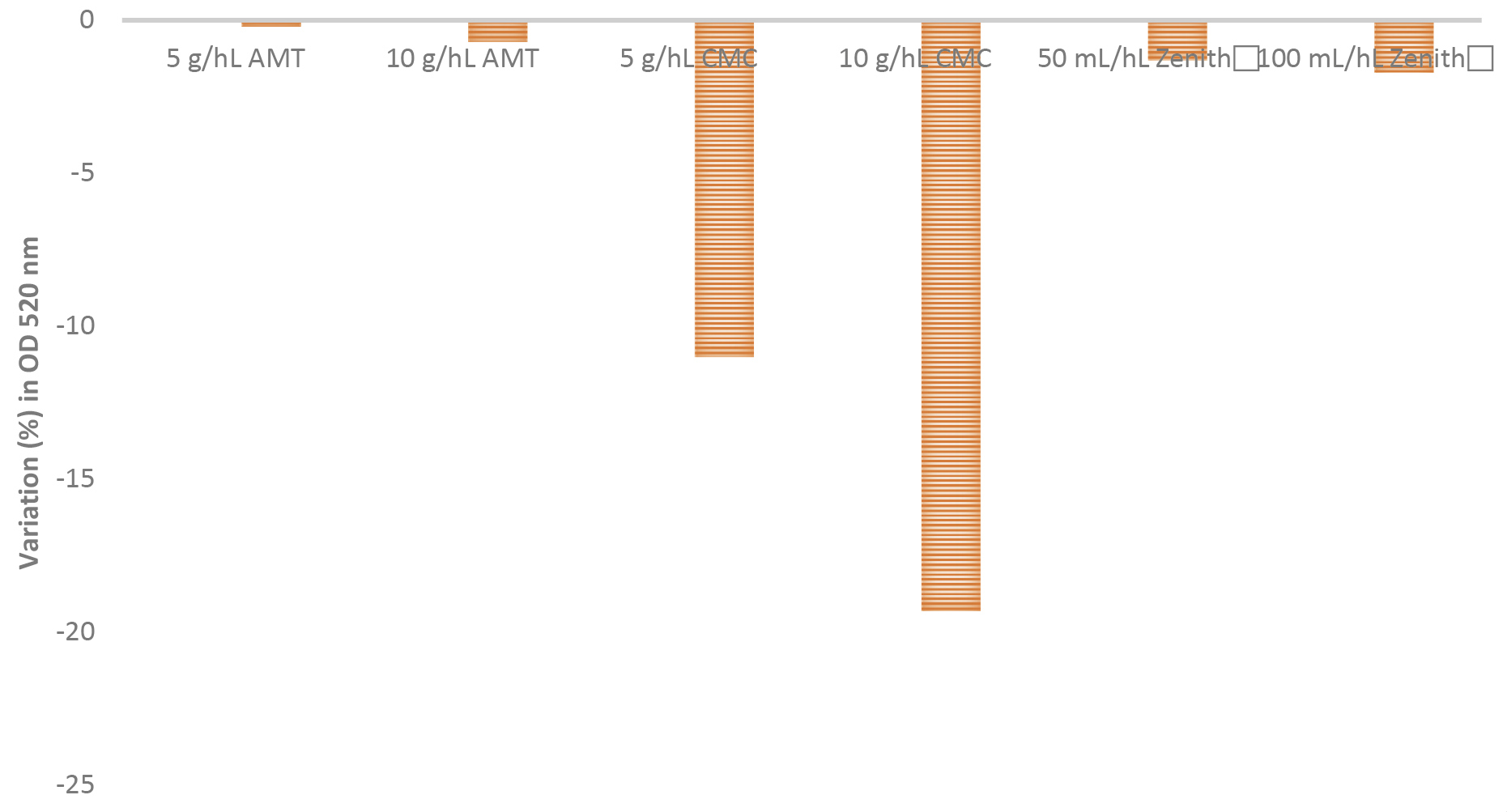 FIGURE 3. Interaction of the stabilisers with the colourant matter. Variation (%) in comparison to the control OD 520 nm after the cold test (three weeks at -4°C). 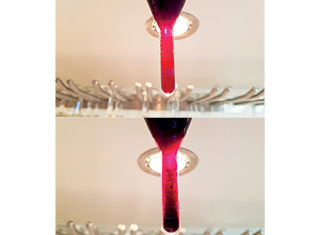 Certain CMC products and mannoproteins (subject to contact times with wine) can cause blocking of the filtration membranes, whilst Zenith™, as well as metatartaric acid, do not affect wine filterability.

The numerous tastings done throughout the research project showed that the addition of Zenith™ did not impact the sensory properties of the wine.

The trials completed during the European Stabiwine Project lead to the discovery of potassium polyaspartate and its capacity as an additive for the tartaric stabilisation of wines. KPA, the potassium salt of a polyamino acid produced from L-aspartic acid, has now been approved by the OIV for use in winemaking. Enartis has developed Zenith™, a KPA-based liquid preparation, which demonstrates numerous advantages in comparison to other additives used for tartaric stabilisation: a high stabilising capacity, with a long lasting effect that has no impact on the wine filterability, no negative interaction with wine colour and no changes in the sensory properties of the wine.