A recent WineLand article shed some light on the idea of premiumisation. One simple and apt way to describe premiumisation is as an upward shift towards more expensive and premium products. Another way is that premiumisation is the opposite of commoditisation, where competition lowers prices and often quality. Premiumisation (which goes much further than wine) can describe rarity, ingredients, craft, status, performance and reliability.

Whatever your definition of premiumisation might be, it is a reality and is happening right here in South Africa. An excerpt from the aforementioned WineLand article gives some more insight: “South African consumers (most notably female and urban-based) have been moving into the premium wine market as evidenced by the growth of sweet rosé and sweet red (mostly boxed) wines, which are alternatives to RTDs and beer. This might prove to be a gateway to further premiumisation over time, with these consumers possibly evolving into even more sophisticated wine buyers.”

Further evidence of premiumisation can be provided by studying the numbers seen at the Cape Winemakers Guild (CWG) Auction (see the graph below). Notably, the Rand per litre column shows a steady increase since 2010, with a peak in 2016 which coincides with the total sales record of close to R14 million. 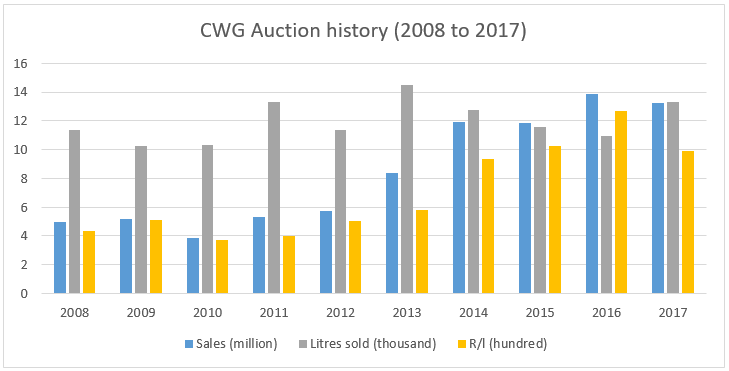 CWG Auction figures of sales, litres sold and Rand per litre over the past 10 years

The Nederburg Auction shows the same premiumisation trend (see graph below) with the Rand per litre figure showing a sharp incline since 2009. 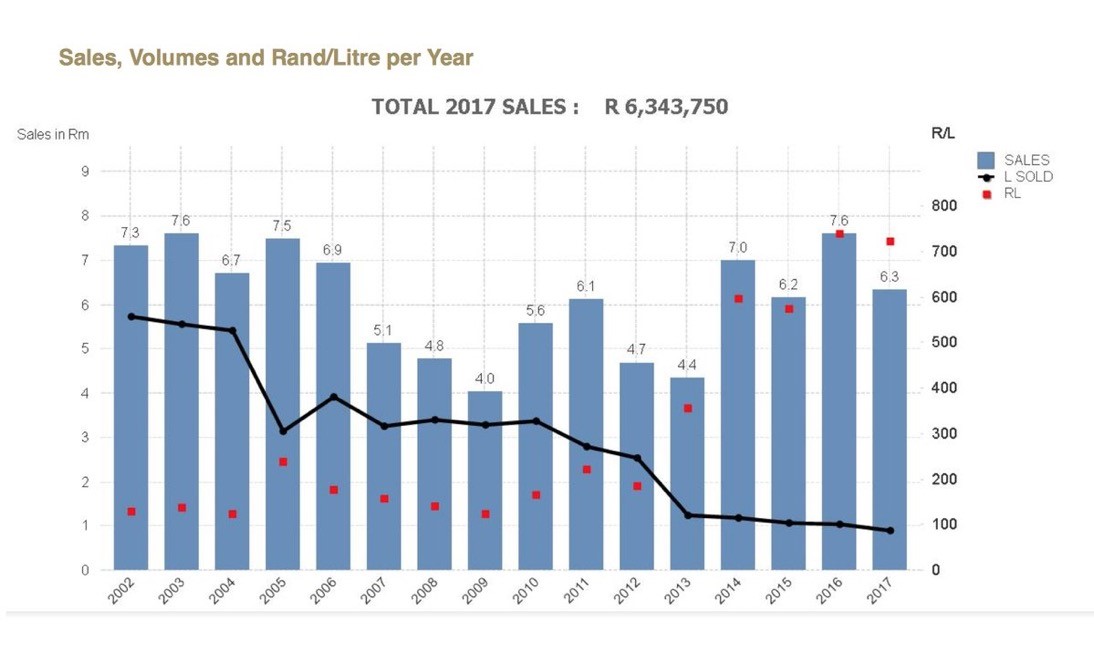 Nederburg Auction figures of sales, litres sold and Rand per litre over the past 16 years.

The list of examples goes on. Suffice it to say that premiumisation is a global reality and it is happening whether you believe it or not. So, carpe diem and get on board the ‘premiumisation’ train!