The South African Brandy Foundation will be hosting bespoke tasting occasions towards the end of August in both Johannesburg and Cape Town to celebrate the country’s recent fine brandy wins on the international stage. 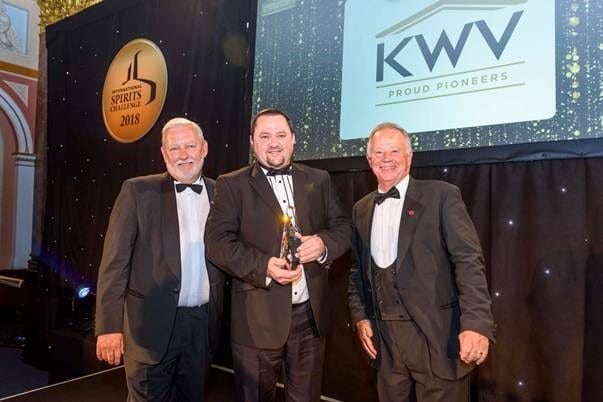 South African brandy has amassed a glorious 49 medals and the title of Best Brandy Producer within just four weeks, racking up this stellar performance between two of the world’s most highly regarded championships for alcoholic beverages. The achievement serves to underline once again, the iconic status enjoyed by this home-grown spirit among its international peers.

At the IWSC (International Wine and Spirit Competition) announced just days ago, South African distillers were awarded 51 medals of which 31 were for brandies. South African company Distell claimed the trophy for best Cognac.

The accolades follow results earlier this month at the ISC (International Spirits Challenge), where South African brandy claimed a total of 18 medals of which 6 were Gold and 6 Silver. KWV was also named Best Brandy Producer of the competition.

Both events are based in the United Kingdom, one of the biggest premium markets for global wines and spirits.

“Our brandy masters have once again punched above their weight against entries from all over the world and brought home the silverware,” says SA Brandy Foundation director Christelle Reade-Jahn. “South African brandies are made to the most stringent production methods in the world and the results demonstrate how this commitment to excellence pays off. We win these awards year after year and there is a new awareness in South Africans who recognise that we can stand proud against any drinks producer,” she says.

“What has been especially gratifying is that more spirits aficionados are choosing a South African brandy as an appetiser or to finish off a meal, showing the versatility of this spirit from African soil.”

“Excitement is definitely in the air on the day SA brandies are tasted, especially from the international judges who clamour to be on that panel,” says Cape Wine Master Dr Winifred Bowman, an experienced judge and chairperson of the IWSC Brandy and Cognac panel.

The IWSC generally receives entries from nearly 90 countries that are assessed by over 400 global experts over the span of several months.

“I think although we as SA judges know the quality of our brandies, it is always gratifying to see the reaction and scores of international judges, especially those that have not previously judged on this panel. Sometimes I think the SA judges are very modest in our scoring, as the international judges often score much higher than we do! The brandies improve year on year and it is evident from the slew of Silver Outstanding (just nudging Gold) medals – more than any other country or category.”

Dr Bowman points to the ISC results as further substantiation of consistency in South African brandy. “There are always very similar results between IWSC and ISC – different panels, as well as different format, so true quality always shines through. This is testament to the rigorous and dedicated work of our distillers, to make this happen, especially when working with products much, much older than themselves!”

The ISC results were announced on July 12. Promoting outstanding quality spirits, the competition is founded on a rigorous and independent judging process. It receives more than 1 500 entries from nearly 70 countries.

The award winners are established through blind tastings by panels of more than 50 industry professionals.

The endorsement on its website’s home page comes from KWV, indicative of KWV’s achievements at the event over the years, but also the significance of the competition.

“KWV has been entering the International Spirits Challenge since 1997 as we regard it as one of the most prestigious competitions of its type,” says KWV master distiller Pieter de Bod. “The rigorous judging process is second to none and it is a remarkable achievement to garner ISC trophies and medals as this signals not only supreme quality but also consistent dedication to the craft of creating world-class spirits.

“We pride ourselves on our ISC accolades as they reaffirm our commitment to producing top quality spirits for our customers and with our greatest title to date, that of Best Brandy and Cognac Producer, the ISC has given us a world stage from which to share our products with new consumers.”