Distell, in partnership with waste beneficiation and implementation partner, Separation at Source (S@S), is launching GreenUp, a progressive community change initiative focused on a cleaner environment, as well as on establishing and formalising effective value chains of operation in the collection, separation and processing of recyclable post-consumer waste within the Western Cape’s Khayelitsha informal settlement. 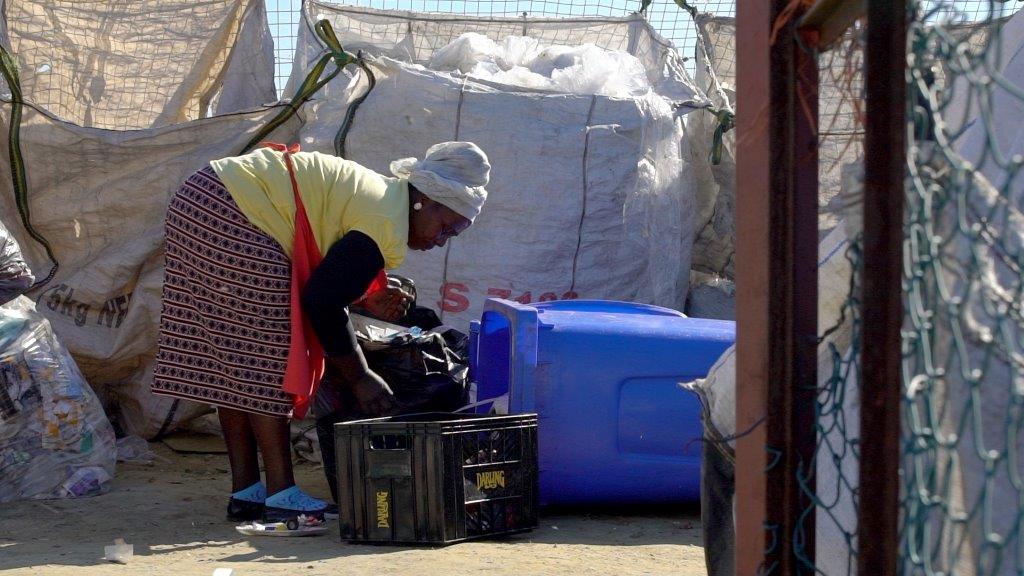 Eric Leong Son, Distell’s sustainability manager and GreenUp project sponsor says: “The broad aim of this exciting project is for Distell to further align its operational activities with its sustainability objectives. We have made significant strides in the past few years in fine-tuning our business to be sensitive and responsive to our environmental impact. By working with S@S in formalising networks or value chains in waste management in Khayelitsha, we also help combat socio-economic challenges and empower individuals within this expansive and fast-growing community.”

The largest township in the Western Cape and the sixth biggest informal settlement in South Africa, Khayelitsha is growing at an average rate of 2% per year with an average population number of some 450 000.

According to Kathryn Warner of S@S, it is estimated that the Western Cape generates 7.7 million tonnes of waste annually, with the City of Cape Town contributing a substantial portion, 48% of the total. She says that drivers of waste generation include population growth, employment levels, economic development as well as urban growth. In addition, she states, these factors affect goods and services and as a result waste generation. “Furthermore, the cost of landfilling in Cape Town continues to increase due to the rising operating costs – logistics, labour and infrastructure – of providing municipal waste services, together with compliance costs associated with national legislation.

“The waste industry in South Africa primarily consists of waste collection and landfilling, with as little as 10% of recycling. However, it is estimated that 65% of the waste – approximately 38 million tonnes – is recyclable and could subsequently be diverted from landﬁll and recovered to be reprocessed or repurposed.

“We are experiencing an increased diversion of waste from landfill towards recycling and recovery,” she says. “This is due to a number of reasons, including but not limited to: increasing pressures on municipalities (e.g. limited landfill airspace), extensive investment requirements and activity by voluntary material organisations and producer responsibility organisations, an increased awareness of sustainability imperatives by business and industry, as well as policy and regulatory reform.

“Moreover, the government is increasingly focusing on the waste economy as a job creator through various green economy policies and strategies. 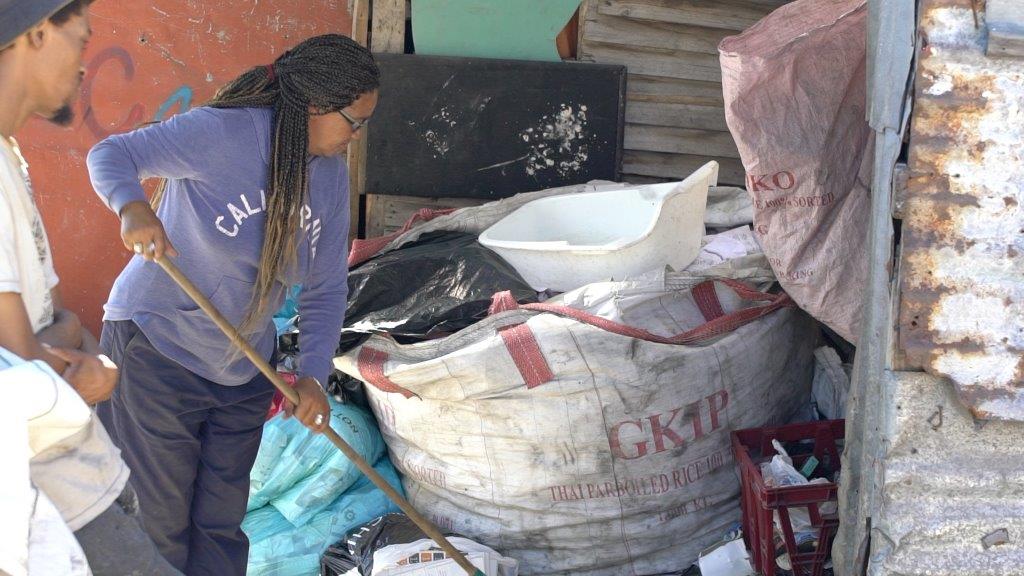 “Although Khayelitsha is one of the fastest growing townships in South Africa with new development and market hubs being built or invested in, it is also still one of the poorest townships in the City of Cape Town and the Western Cape, where a significant number of residents live, trade and create an income in the informal sector. But it is this substantial consumer base, and the vitality of Khayelitsha that makes it a place of interest for corporate social investments such as Distell’s GreenUp programme,” Warner states.

Leong Son says Distell is embarking on this project also as a result of the focus area’s close proximity to its operations in Stellenbosch. “At Distell, we recognise that in order to make good on our sustainability commitment, we need to tap into a number of opportunities within our value chain, which may not be a traditional fit, but enable us to make a greater impact within society. This initiative helps to support the waste management efforts in lower income communities such as Khayelitsha that serves as our project target area, by empowerment through mentorship and skills transfer. It also plays an important role in the collection of qualitative and quantitative data to better aid our understanding and efforts as we continue rolling out the project.”

Warner explains that an important feature of the GreenUp programme includes the formalisation and creation of sustainable income streams for environmental assistants (waste pickers) in Khayelitsha.  “We are doing so by supporting designated environmental assistants with the necessary training, resources and access to recyclable waste buy-back centres (BBCs) in close proximity to their working environs. Khayelitsha has a few scattered informal BBCs. Although the township is well-serviced in terms of waste collection and street cleaning, most of the malls and shopping centres in the township are under-serviced in terms of recycling collection and pick-ups.

“South Africa has one of the highest unemployment rates in the world. The majority of the unemployed people in South Africa live and operate within the informal economy. Waste recycling makes up a large part of South Africa’s informal economy in low income settlements and industrial areas. They represent the foundation of most recycling activities. 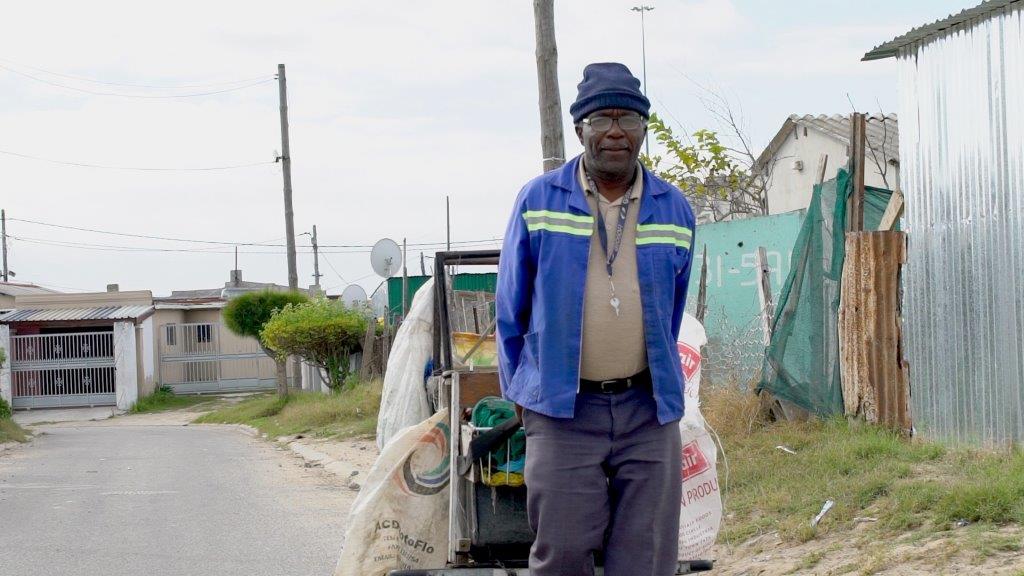 “BCCs assist in addressing the challenges of dealing with the low percentage of recyclables being collected from landfills and at source. These centres reduce the challenges of unemployment through advancing entrepreneurs to operate solid waste recycling, sorting and collecting businesses.

“The township’s low population of environmental assistants are scattered widely across the township, so there are areas which have valuable recyclables and provide an opportunity for stable volumes,” Warner says.

In summary, Leong Son states that GreenUp will ultimately promote a cleaner environment and create at least 200 sustainable income streams and registered suppliers with BBCs, in addition to unlocking opportunities towards making a positive difference the lives of the people living in the communities in which Distell operates.

“The initiative will set-up and develop functional collection points and formal agreements, also in terms of pricing, between environmental assistants and processors or buyers of recyclable waste, ensure effective operational implementation and put parameters in place to ensure the ongoing sustainability of these sites and partnerships. It also aims to establish a more formal union between environmental assistants, BBCs and taverns in Khayelitsha.

“We are excited to witness the results of this project, and will be sharing the stories of those involved as environmental assistants or at BBCs over the coming months,” Leong Son concludes.