The Price of War: SA wine exports affected by conflict in Ukraine

Before Covid-19 and the war in Ukraine disrupted exports and shipping trades, South African wine was on a roll in Russia. How is the current conflict affecting our export business?

Not too long ago, when the world was relatively peaceful and pandemic-free, and markets were fairly stable, South African wines were shipped to every corner of the globe. The international appetite for our wines was growing and our exports market was a strong contributor to the country’s GDP.

Just before Covid-19 dealt the industry it’s most devastating blow, South African wine producers and exporters were building on a solid foundation in the Russian wine market. From 2015-2016, exports of South African wine to Russia skyrocketed by 76% to three million litres compared with the previous year.

Then European Union sanctions against Russia kicked in and the country’s wine importers looked for alternative suppliers.

South African wine producers who regularly attend global trade shows such as the World Bulk Wine Exhibition in Amsterdam can attest to how Russian importers often used South Africa’s bulk producers as leverage in its price war with Argentina and Spain.

In many cases, our prices made the most economic sense and, for a brief period, Russia was a lucrative destination for bulk wine from South Africa.

From 2016-2017, the supply of base wine – particularly Chardonnay – for Russia’s rapidly growing sparkling wine market, was a lucrative source of income for South African producers. Origin Wine took the lion’s share during this time, becoming South Africa’s No 1 exporter to Russia.

But when the drought crisis and wine shortages hit, Russia was forced to look elsewhere for its base wine. Tensions between Russia and Europe eased up, allowing Russia to source its supply from Spain, France and Italy. Subsequently, there was a marked drop in South Africa’s business with Russia.

But demand soon returned and uniWines capitalised, exporting a substantial volume of base wine to Russia.

Due to the conflict in Ukraine, South African wine exporters have suspended all direct shipments to Russia.

Then Covid-19 hit. The pandemic caused a drop in exports to the region with Russia representing only 1.8% of South Africa’s total volume of wine exported in 2021. Yet 6.9 million litres of South African wine still reached Russian ports, representing a market value of R207 million.

While this might seem small in relation to South Africa’s export value to countries such as the United Kingdom or Germany, the Russian market provided a constant – and much-needed – source of income for local producers and exporters. 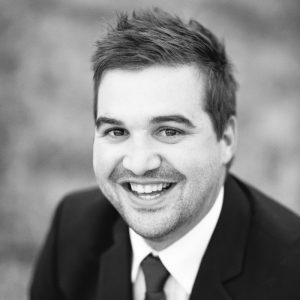 While direct wine exports account for only 1% of Cape Wine Exporters’ business, director Ben Jordaan says wine exported “indirectly” to Russia makes up about 10% of the company’s volume and turnover.

Indirect wine export involves, for instance, delivering bulk wine to a major importer in Europe. The said client either blends the wine with other international wines or packages it under a particular brand and delivers it to a Russian importer or retailer.

“Besides knowing where the wine is destined for, we have no knowledge or control over what the client decides to do with the bulk wine that we deliver to them,” Ben says. In the wake of Russia’s war on Ukraine, the EU client has indicated it’s already in the process of finding alternative markets for the exported wine, choosing to honour its contract and relationship.

Due to the conflict, Ben has also suspended all the company’s direct shipments to Russia. “The situation’s too volatile,” he says. “Thankfully, we didn’t have any shipments on the water when the conflict broke out.”

With Russian banks being barred from SWIFT – a system that facilitates fast cross-border payments, easing international trade – and the cancelling of container lines and credit insurance, Cape Wine Exporters has been forced to halt export to Russia. “However, our indirect business to Russia continues as usual.”

Meanwhile, a wine shipment from uniWines destined for Russia is currently stranded in Turkey, head of marketing Pieter Cronje says. “Things are fluid now and there’s no telling what will happen next. We’re facing exposure risk on that shipment.”

Russia makes up roughly 5% of uniWines’ export business. The shipment, managed by Hillebrand, was en route to Russia when President Vladimir Putin embarked on a full-scale invasion of neighbouring Ukraine on 24 February, sparking the biggest state-to-state invasion in Europe since World War 2.

Shipping companies such as Ocean Network Express (ONE) and Maersk have suspended all container lines to and from Russia in response to Western sanctions. Containers that were destined for Russia are now being redirected to Baltic countries such as Latvia where goods are “reworked” with excise tax before being transported overland to Russia, Hillebrand sales manager Michiel du Toit says.

“With shipping companies suspending all container lines to Russia or Belarus, we were given the option to either pay $1 000 to redirect cargo to Latvia or face risk exposure. Now the conflict has caused further delays and setbacks at the Latvia-Russian border, making things even more challenging.”

Pieter says the estimated value of a single six-meter container with 9 000-10 000 bottles is about R300 000. That’s an estimated R124.2 million (packaged) and R17.1 million (bulk) worth of exports being shipped to Russia on an annual basis.

Challenges at the port

The current complications with shipping to Russia have brought another prickly issue to the fore at South Africa’s harbours and ports, Michiel says. “Its clear other agricultural products are enjoying preference over wine,” he says.

Last year’s riots and unrest in KZN caused a significant container capacity shortage at local harbours. Container numbers continue to be desperately low, an indication that South Africa is feeling the impact of the current global landscape.

Hillebrand, which focuses exclusively on the cargo management and shipment of wine and spirits in South Africa, was told by port authorities that preference would be given to reefers transporting citrus and other perishable goods shipped from Durban and Cape Town.

“For three to four weeks very little wine was shipped from South Africa,” Michiel says. Recently there was another instance where 1 500 reefer containers were assigned to transport table grapes, and limited space was given to wine exports. “This has a severe impact on a producers’ cash flow.”

“This kind of favouritism must be addressed on a national or provincial level by the wine and spirit industry’s representative bodies in South Africa,” Michiel says.

During March, Vinpro invited a group of wine exporters (representatives of packaged and bulk wine) to attend an industry meeting with Hillebrand for a full understanding of the current challenges facing exporters at the Port of Cape Town, including congested ports, failed equipment, vessels bypassing ports or blank sailing, container shortage and rising freight costs.

From the meeting, it became clear that this is not merely a case of favouritism, but that many other external factors contribute to a far more complex situation at the harbour.

The discussion noted procurement leverage is not what it used to be (for now). Space is scarce, so shipping lines will need to adjust procurement strategies, at least temporarily – increase inventories, anticipate, and allow for longer lead times, prioritise long-term contracts and secure capacity; provide reliable forecasts and deliver commitments to protect allocations consider long-term engagements.

Exporters of wine and spirits were urged to engage more actively in discussions with port authorities, industry members and various stakeholders, but also plan and manage more proactively when dealing with international shipping lines and cargo allocations.

SA Wine Exports: Where to from here?

Ben says unlike other agricultural sectors, the wine sector doesn’t have the luxury to adopt a political stance regarding the conflict.

“We prefer to abstain from choosing sides,” Ben says. “Of course, we don’t support the war nor the violation of human rights. However, I think it’s unfair to hold our importers accountable for the actions of a few people calling the shots.”

“With our wine exports facing so many challenges and margins being razor thin, I don’t think we’re in a position to shoo away business. Our Russian importers, with whom we’ve had a long-standing relationship, don’t support the war and we have sympathy for their situation. But in the end, business is business.”

While the present situation seems dire, a few years ago the risk exposure on a shipment in a similar situation would’ve been tenfold.

Russia changed its legislation in 2020, prohibiting the import of bulk wine to the country so as to protect local production even though operators says it’s insufficient to cover national consumption.

In hindsight, if the legislation hadn’t changed, UniWines would be facing risk exposure of catastrophic proportions, Pieter says. “I’ll refrain from mentioning any specific figures, but believe me, it’s frightening.”

Buy your latest copy of WineLand Magazine (or subscribe!) here.