In our June 2020 print issue article, entitled ‘Wingerd in the Wentelbaan‘, we reported on Space Cargo Unlimited‘s Mission WISE – the first comprehensive, privately-led applied space research program leveraging the effect of microgravity to tackle the challenges of tomorrow’s agriculture.

Over the course of 12 months, Space Cargo Unlimited accomplished three space experiments. After spending respectively 10 and 14 months stored on the International Space Station (ISS), 320 vines of 40 mm each (project name: CANES) and 12 bottles of Bordeaux red wine (project name Commubios) will make their return on Earth on 8 January, 2021, with Falcon9/Dragon (SpaceX). As the keystone of Mission WISE, CANES aims to reveal the future of agriculture through the research methodology named “Self-Guided Evolution.” The methodology was proof-tested with ALPHA, a second experiment that took place last December.

Payloads will fly back with uncrewed cargo Dragon spacecraft (SpaceX) and will land in Cape Canaveral.

Why does it matter?

One of the 12 bottles of Bordeaux red wine that was sent up to the ISS through Space Cargo Unlimited’s Mission WISE.

Space Cargo Unlimited’s mission WISE program is developing new models and technology to tackle the future of agriculture and food by leveraging the effect of microgravity on complex biological systems. Most of the experiments are aimed at growing food on the ISS to feed the crew onboard, and contemplate the future of spatial conquest.

Meanwhile, Space Cargo Unlimited’s focus consists in leveraging the absence of gravity to find new ways of growing plants on the Earth and to scale up to feed more people on the planet. “Space is the natural way to accelerate living organisms’ evolution to our rapidly changing world. Every living element adapts and transforms in response to their changing environmental conditions,” SCU said.

CANES will take advantage of plants’ accelerated development in an environment with little or no gravity (i.e.microgravity) and higher radiation exposure.

Space Cargo Unlimited’s focus on vine and wine as a proxy for agricultural evolution at large is motivated by the comprehensive knowledge developed around wine since ancestral times and the role it played in previous scientific breakthroughs, such as Louis Pasteur, who discovered the existence of bacteria.

Canes and wine are ideal study materials and the canary in the coal mine for agriculture’s future on a changing Earth. For example, In the 1970s, winemakers in Bordeaux were tempted to add sugar to realise their winemaking process. By doing so, wine would end up with 12% alcohol. Today, as grapes have more sugar because of climate change, there is no need to consider this anymore, and wine in Bordeaux top 14 or 15% alcohol. One can only wonder what it will be over the next 30 years…

What will happen next?

The 320 vines, including 160 vines Merlot and 160 vines Cabernet Sauvignon, will return from the ISS after 10 months in space at a constant temperature of 4° C. Simultaneously, the wine will return after 14 months stored in the ISS at the same temperature. Both payloads will travel to Bordeaux at the ISVV (Institut Superieur de la Science et du Vin in Bordeaux, France) for analysis.

The research protocol will follow the “Self-Guided Evolution” methodology published in June 2020 by Dr Michael Lebert from the Department of Cell Biology at FAU Erlangen-Nuremberg University and chief scientist officer for Space Cargo Unlimited. As plants undergo severe biological changes, ISVV will analyse the differences between returning canes with similar specimens that stayed on earth to identify the mutations and stabilise the adapted strains. After their immediate return to ISVV, teams of researchers will observe the different batches and document any visible change, any damage, and determine the health status of the vines. 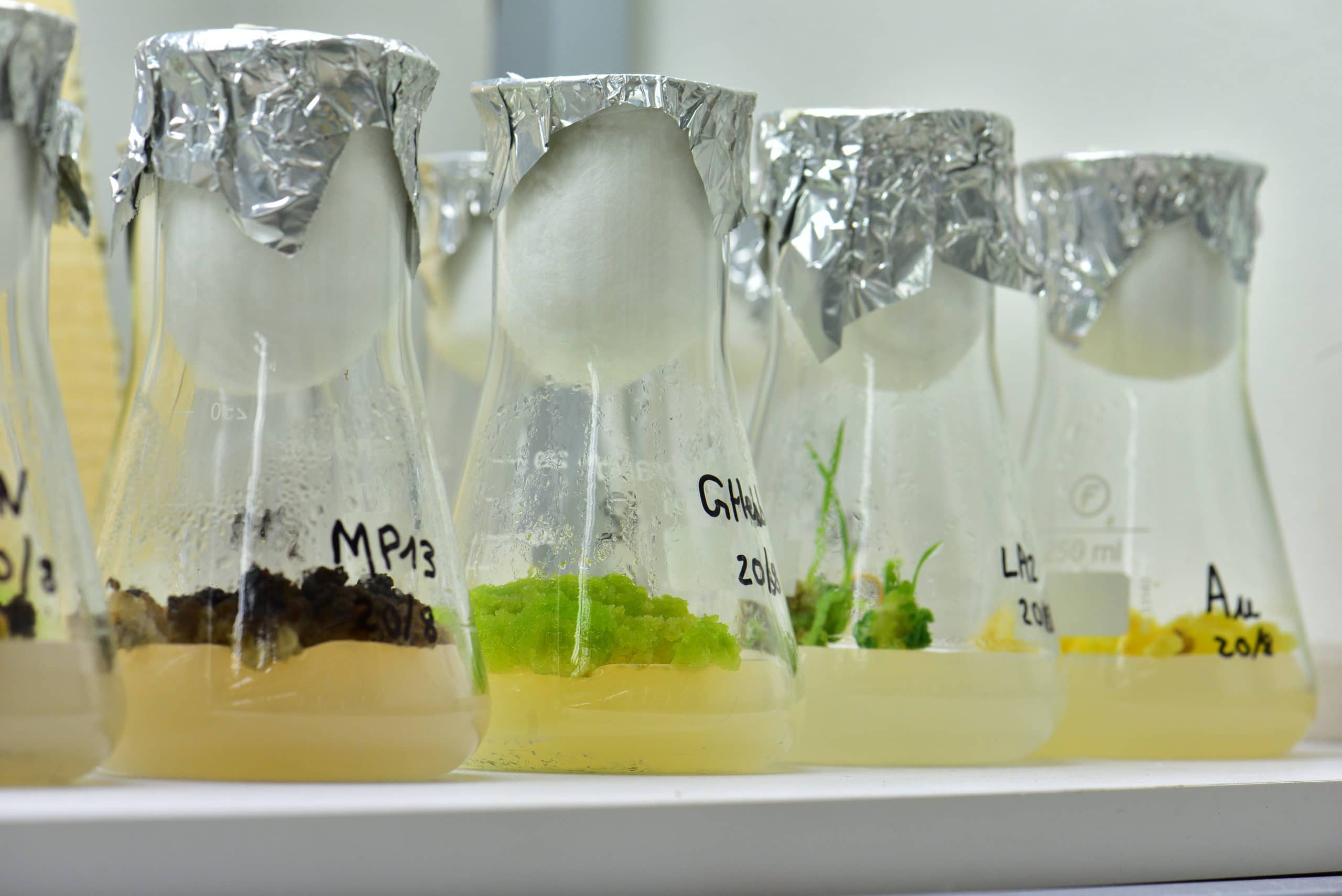 Various plants and grafted vines are grown in space to make it more resistant to future challenges on earth.

The twelve bottles of wine stored in canisters explicitly developed for the occasion will go under analysis at a later time to allow the shipment to recover from transportation avoiding wine shock.

The primary goals of the investigation are:

Target the component(s) responsible for obtaining the new properties (like resistance and activity) and in consequence gain crucial information helping for developing a future plant with enhanced properties as tolerance to biotic or abiotic stress or with more significant potential in production diversity of berries in terms of quality and/or quality.

Identify the plant reproduction capabilities in nurseries and on a larger scale.

An even more significant game-changer?

Results could lead to finding new ways of growing wine grapes and tackle some challenges of climate change. These vines will lead to discovering how to produce wine in harsher environments, and more importantly, how to adapt agriculture to the climate of tomorrow, following the “Self-Guided Evolution” research methodology that was successfully proof-tested in the experience, ALPHA. 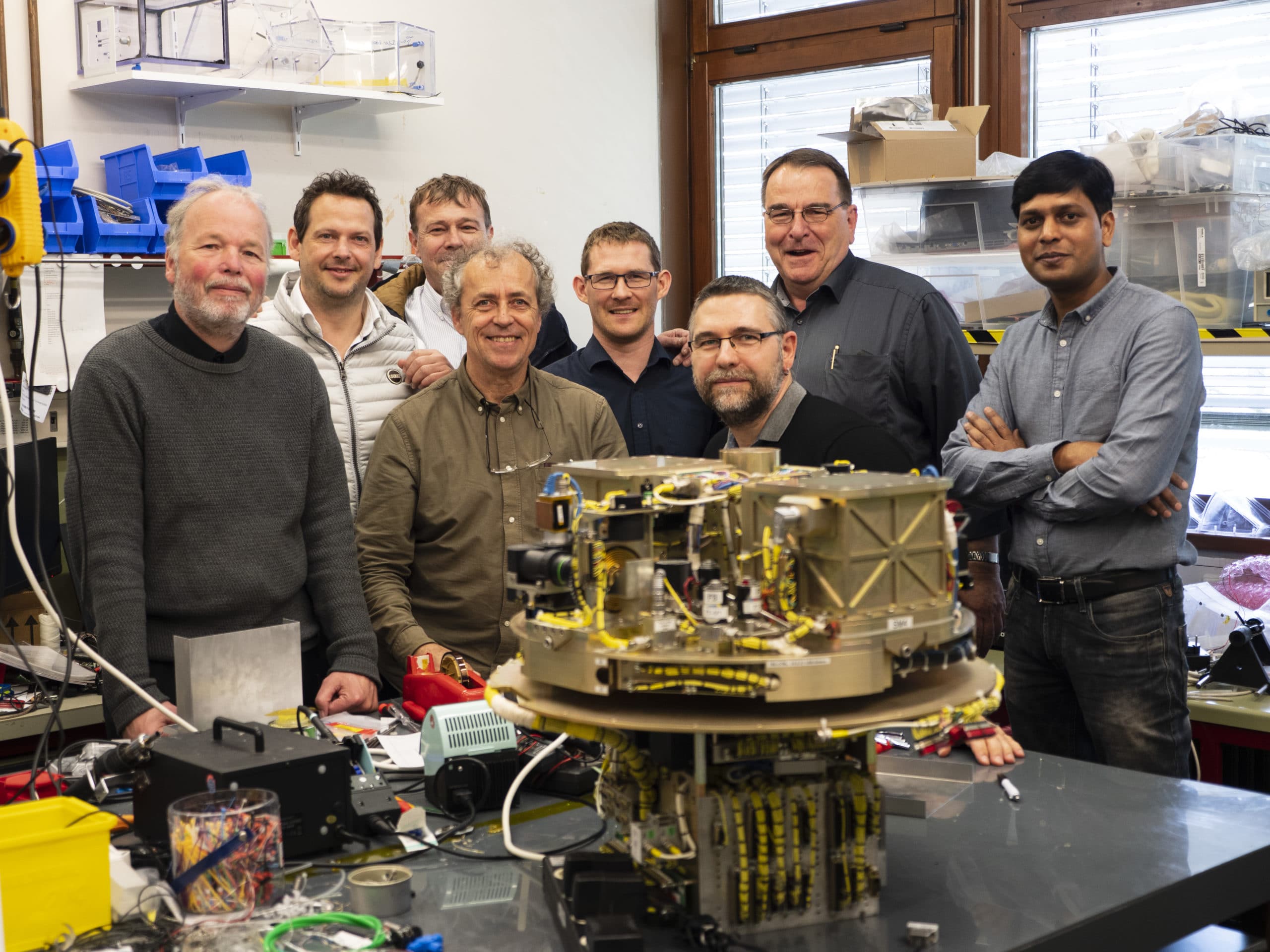