The role of acetaldehyde in wine quality 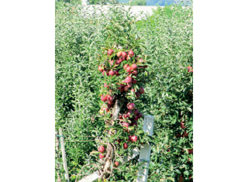 Acetaldehyde is usually associated with its negative impact on wine quality. Although it is mainly formed during alcoholic fermentation it can also occur in wine through other ways. Its formation is influenced by different factors, which need to be noted by winemakers.

Acetaldehyde, also known as ethanal, is a colourless liquid, which is often used as an intermediate product in the manufacturing of other chemicals. It is the most important aldehyde occurring in wine. At concentrations lower than 70 mg/ℓ it can impart a fruity flavour to wine, which often occur in freshly fermented wine. At higher concentrations from 100 to 120 mg/ℓ it can, however, be pungent and negative and is often associated with bruised apple, sherry, nuts and oxidation. Acetaldehyde is the most important compound, which is responsible for the binding of sulphur dioxide and this bound compound limits the negative sensory characteristics of acetaldehyde, but also limits the anti-oxidative effects of sulphur dioxide. Sulphur dioxide can also be bound by other compounds like sugars, acids and polyphenols, but not to the same extent as acetaldehyde.

During alcoholic fermentation sugars are converted to ethanol and carbon dioxide, but the process is not so simple and other by-products like acetaldehyde are also formed during the process. Acetaldehyde is, however, not only formed during alcoholic fermentation, but also as an intermediate product during the bacteriological conversion of ethanol to acetic acid by acetic acid bacteria. At low alcohol concentrations and high oxygen exposure, significant concentrations of acetic acid is formed, but at the higher alcohol concentrations of wines and limited oxygen exposure, acetic acid bacteria tend to produce more acetaldehyde. Although yeasts usually reduce acetaldehyde to ethanol, it can oxidise ethanol to acetaldehyde in oxidative circumstances, during more oxygen exposure when containers are not kept full. With certain winemaking methods, like in the case of sherry, such oxidative circumstances are promoted to favour this process. During the natural maturation of wine acetaldehyde can also be formed. This process is, however, rather of chemical than microbiological nature.

Although wet chemical analysis methods exist, the gas chromatographic methods offer more accurate results. The equipment and technology required for these, limit them to advanced laboratories. Analyses which were executed at the Vintessential Labs in Australia last year showed that 68% of the wines’ acetaldehyde concentration was below 50 mg/ℓ, 18% was between 50 and 120 mg/ℓ and 13% of the wines’ concentration was higher than 120 mg/ℓ, which indicated that these wines may have oxidation problems.